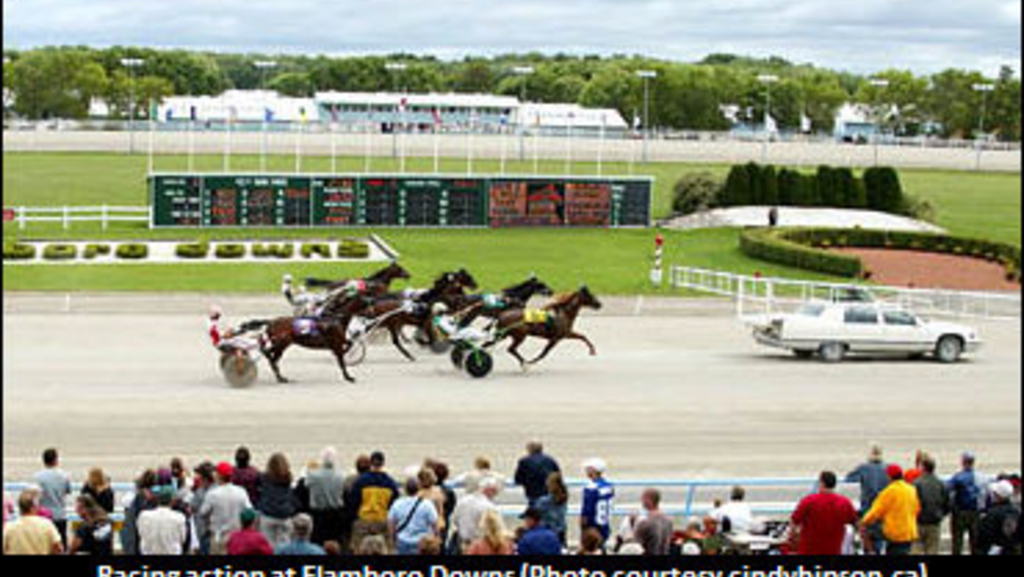 The pushback to the Ontario Liberal Party's decision to step away from the slots-at-racetracks program continues to gain force. On Wednesday, April 12, Hamilton City Council decided to unanimously throw its support behind both gaming at Flamboro Downs and the horse-racing industry within its jurisdiction

Further to voicing support for Flamboro Downs as Hamilton's No. 1 gaming priority, and to the vibrant and lucrative local horse-racing industry, councillors took the opportunity to publicly state how important the racing industry is to the area.

Flamborough Councillor Judy Partridge presented a motion to council on Wednesday which was unanimously accepted. Part of the motion states that Hamilton City Council is requesting that the reigning Ontario Liberal Government continue to work with the slots and horse-racing combined facilities via the slots-at-racetracks program. The motion has categorized the SAR agreement as viable, and has called for the joint business venture to continue. The motion also asks the Ontario government to search for new formulas to keep operations such as Flamboro Downs sustainable to the benefit of the community.

An article by CKNW AM 980 has cited Councillor Partridge as stressing that the province's decision to pull away from its financial contract with the horse-racing industry has sent her communities into "absolute turmoil."

The report also stated that Flamboro floods city coffers with roughly $4-million in annual revenue and that it is a main cog in the area's $1.5-billion agri-tourism industry.

WHEREAS Hamilton has an existing casino/slots and horse track facility located in Flamborough for 30 years;

AND WHEREAS the operator of this facility, Great Canadian Gaming Corporation, as an important business partner has committed and invested $80 million into the facility and local economy in support of the slots and race track;

AND WHEREAS Flamboro Downs facility contributes significantly to the $1.5 billion local agri-business economy in Hamilton, is an important Hamilton Tourism partner, employs many Flamborough/Hamilton residents, provides financial viability to local horse breeders, equipment and feed suppliers, veterinarians and farmers who’s very existence is dependant on the race facility, as well as contributing to the spill over economy generated by Flamboro Downs;

AND WHEREAS the city of Hamilton has benefitted by approximately $4 million annually in tax revenues, as well as tax revenues generated by affiliated area businesses;

THEREFORE BE IT RESOLVED: