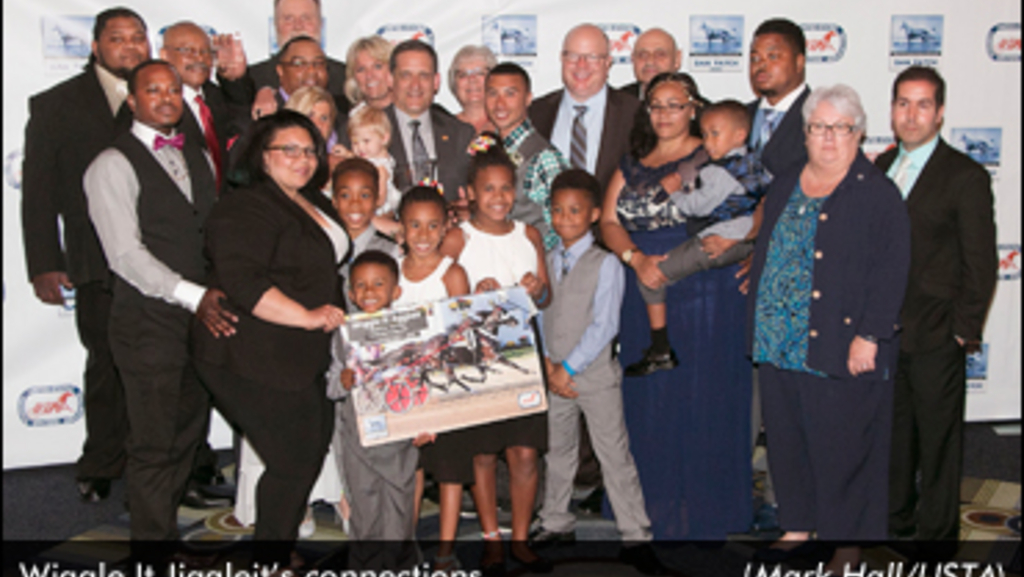 If Clyde Francis got a little teary eyed during Sunday night’s Dan Patch Awards banquet, it was understandable. It also was not unexpected. 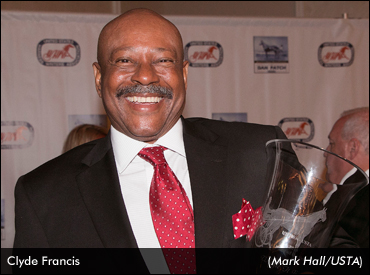 Francis, who celebrated his 59th birthday Saturday, on Sunday watched as Wiggle It Jiggleit was honoured as harness racing’s 2015 Horse of the Year during the U.S. Harness Writers Association’s Dan Patch Awards banquet at the Hyatt Regency Pier Sixty-Six hotel in Fort Lauderdale, Florida. Wiggle It Jiggleit, trained by Francis for owner and longtime friend George Teague Jr., won 22 of 26 races last season and earned $2.18 million (U.S.) in purses.

“With him, it doesn’t take much for me to get emotional about it,” Francis said. “I’ll go back and look at races, I’ll look at them over and over again, and I get teary eyed. It’s just a sentimental thing.

Wiggle It Jiggleit’s Horse of the Year Award topped the night, but there were numerous other horses --- not to mention horsemen and horsewomen --- recognized during the evening’s festivities. 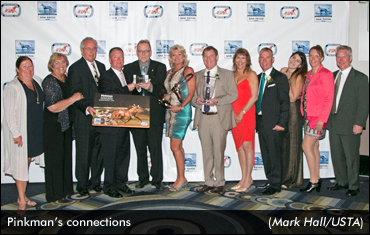 Francis has worked with Teague for nearly two decades. Teague co-owned and trained 2004 Horse of the Year Rainbow Blue, and while Francis was somewhat involved with Rainbow Blue, it was nothing like his connection with Wiggle It Jiggleit. Francis liked Wiggle It Jiggleit from his earliest days and Teague decided it was time for Francis to get more recognition and named him the trainer for the horse.

“With Rainbow Blue, I was around for a little bit, but not as much hands on as with [Wiggle It Jiggleit],” Francis said. “With him, I was hands on from day one; from the time we started breaking him. Me and Mike [caretaker Mike Taylor] had him on our side of the barn and we were the only ones to fool with him. It’s been a fun ride.”

It’s been a ride that has seen Francis become better known throughout the harness racing industry, even though he was previously recognized by many trainers and caretakers in racetrack paddocks on the East Coast through his association with the Teague Stable.

“Now, I’m more so known worldwide in the horse industry as the trainer of Wiggle It Jiggleit,” Francis said. “That’s a great feeling. It’s great to go through the paddock and have all eyes on you.

“You’re not going to find a better person than George. He would do anything for anybody in the world. He doesn’t even have to know you for him to help. He just likes to help people. I can’t praise him enough.”

Wiggle It Jiggleit, who is getting ready for a return to action this season, also received 2015 Dan Patch honours as Pacer of the Year and best three-year-old male pacer. His victories included the Meadowlands Pace, Little Brown Jug, Battle of the Brandywine, Max C. Hempt Memorial, Carl Milstein Memorial, Hap Hansen Progress Pace, and Matron Stakes.

He won the Little Brown Jug in a memorable stretch duel with Lost For Words, rallying in deep stretch after racing on the outside for much of the mile to get to the wire first by a nose. That race was recognized as the Railbird Moment of the Year.

“The Jug, I don’t know if you’ll ever see another horse race like that again,” Francis said. “I look at that race as one of the greatest races I’ve ever seen a horse go.

“Even the races he lost, I was never disappointed in him. He’s one of those horses that gave you what he’s got every time he hit the track. You could never get down on him.” 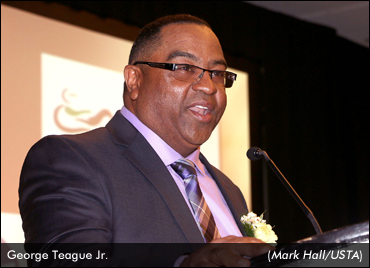 Teague’s previous Owner of the Year honour was in 2007.

“What a fun year it was to have such a great horse,” Teague said, referring to Wiggle It Jiggleit. “Words can’t explain it. When you’ve got the mom and you’ve got the dad and you wind up with one like this, and you don’t expect it, it’s definitely an extra bonus.”

“It’s been a very fun ride, and to be honoured with such a great award adds to it,” he said. “Dad always said greatness comes with opportunity and I was lucky enough to have the opportunity to race one of the greatest horses to ever hit the track. Wiggle It Jiggleit has given me and my family enough thrills to last a lifetime.” 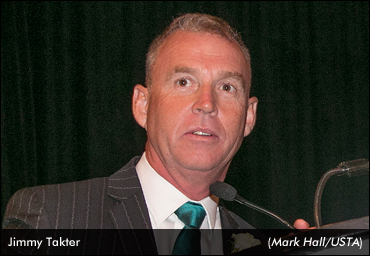 Jimmy Takter received his fifth trophy --- and second in a row --- for Trainer of the Year. Takter trained Dan Patch Award-winners Pinkman and Pure Country and set a record by winning six Breeders Crown races in 2015. Other top horses for Takter last year included Crown champs Wild Honey, All The Time, Always B Miki, Creatine, and The Bank.

David Miller was recognized as Driver of the Year. He won a record five Breeders Crown races last year and was the regular driver of Dan Patch Award-winners Divine Caroline and Broadway Donna. He also had stakes wins with State Treasurer and Bee A Magician. Miller also was Driver of the Year in 2003. 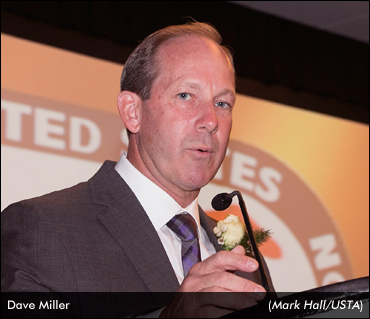 “It means a lot to me,” Miller said. “I think my competition is pretty tough, it’s a battle every night, so it’s an honour to be named Driver of the Year. It’s been an incredible ride. I love it so much.”

“I would like to emphasize that political activism is one of my new chores in this industry, and I can’t say I like it,” Simpson said. “But it must be done. The more active you can be politically, the better.”

Longtime harness racing participant and owner Marv Chantler was the recipient of the January Davies Humanitarian Award for his contributions beyond harness racing through his work with Matthews House Hospice.

"It's an honour to stand here tonight," said Chantler during his acceptance speech. "I've had a lot of fun in this business and been very successful in life, but it's a magnificent honour when you start giving back to other people and I'm going to keep doing that for a long, long time."

Joe Bellino received the Railbird Horseperson of the Year Award for his own behind-the-scenes benevolence. He discussed a cause very close to his heart.

"There is a woman out there who is fighting breast cancer," said Bellino. "She is fighting it every day. It's close to my heart. They've started a cause called Team to the Moon Stable and we ask to donate one per cent of your horse's earnings. Please donate to this cause of Lou and Maria Sorella. I ask that you donate to this important cause."

Other winners included Breana Carsey and Michelle and Albert Crawford of Crawford Farms, receiving the President's Award. The Breakthrough Award was given to Kentucky Harness Horsemen’s Association Executive Director and multiple racetrack announcer Gabe Prewitt while the Good Guy Award went to trainer JoAnn Looney-King and the Unsung Hero Award to Harness Racing Museum and Hall of Fame Director of Development Joanne Young.

For all of the USHWA award announcements, click here.

(With files from HRC)

Congratulations to all the

Congratulations to all the winners :)