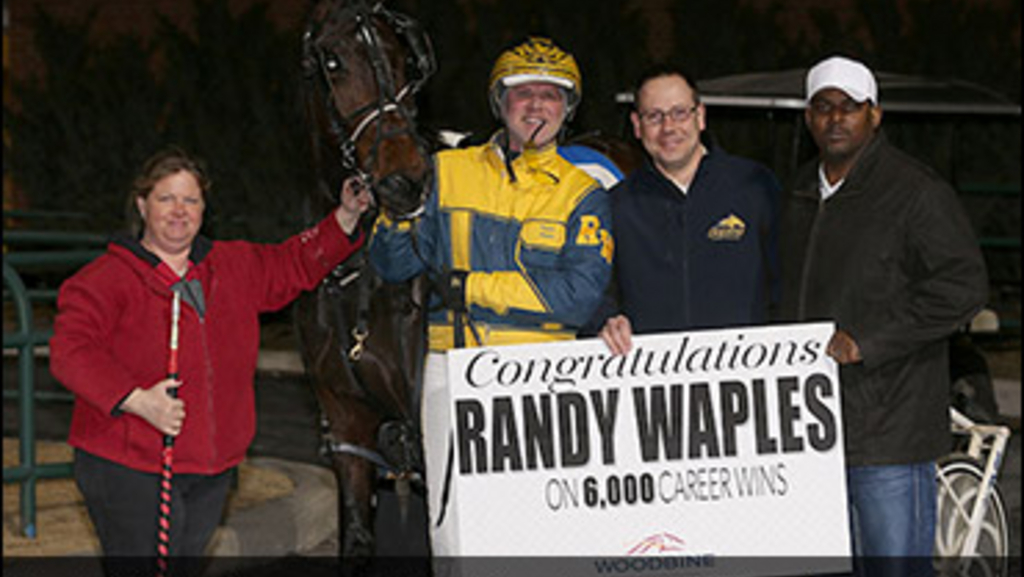 Randy Waples achieved a major milestone Monday at Woodbine Racetrack thanks to his victory with Account Rollover in a division of the Youthful Series.

It was the 6,000th lifetime tally for the Milton, Ontario resident, who guided the Bob McIntosh-trained sophomore to a half-length score over Dragon Seelster in 1:52.3. Waples watched Dragon Seelster and American Island take turns on the lead through early fractions of :27.3 and :56.3 before starting up the engine on Account Rollover. The gelding brushed to the front at the three-quarter pole in 1:24.2 before using a :28.1 closing panel to hold off Dragon Seelster. Kuchar grabbed third prize.

"It’s such a special feeling to reach any milestone let alone 6,000," said Waples. "It was even extra special because it was one of Bob’s (McIntosh) horses. We’ve had a lot of success together, won a lot of major races and been friends for years. That was really the icing on the cake."

The betting public made the son of Rocknroll Hanover-All Accounted For the 3-2 favourite, and the homebred came through on that pari-mutuel promise. Robert McIntosh Stables Inc, C S X Stables and Al McIntosh Holdings Inc own the lightly-raced pacer who now boasts a 5-2-1 record from eight lifetime starts. Unraced as a rookie, All Accounted For has stashed away more than $40,000 in career earnings.

Twomickeytrip rallied to a 1:54.1 tally in the opening division for driver Paul MacDonell. The three-year-old son of Mach Three-Arukiddinme tracked cover while Star Messenger and Glory Beach led the field through early fractions of :26.4, :56.3 and 1:25.3. MacDonell flipped the switch late and Twomickeytrip picked off foes one-by-one en route to winning by a half-length margin over Glory Beach. Royal Reception was a lapped-on third in the $15,000 affair.

Rick Fife trains and co-owns the gelding with co-owner/breeder Grace George of Cavan, Ontario. Together, they’ve watched the pacer put together a 3-1-1 record from nine trips to the track this season. The lion’s share of Monday’s purse boosted his overall bankroll over $50,000.