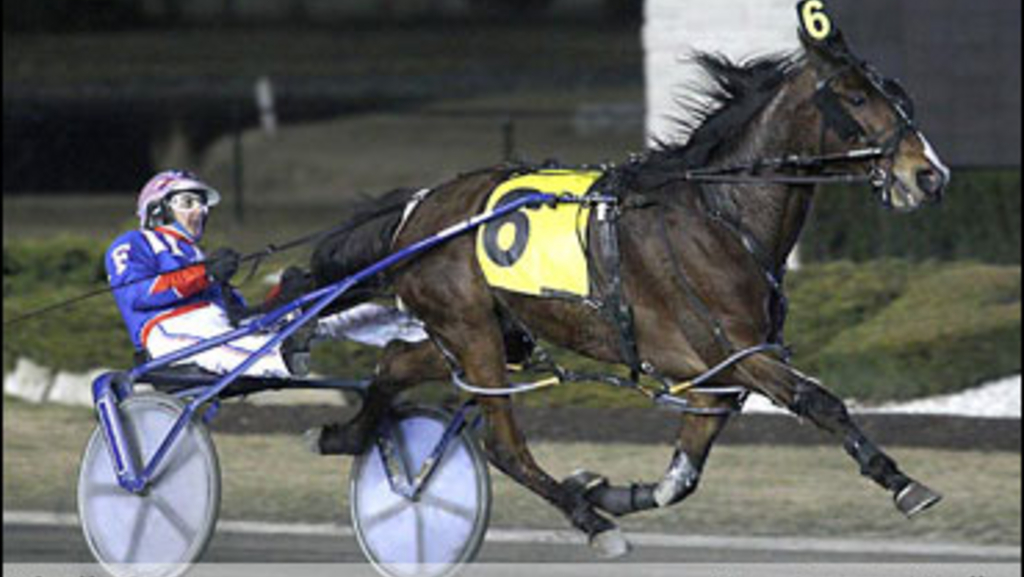 Kindly Poet is a pacer known for his off-the-pace prowess, but he used his front-stepping skills to capture the opening leg of the Spring Pacing Championship at Woodbine Racetrack on Saturday evening

In rein to Sylvain Filion, the seven-year-old son of Western Ideal-Stonebridge Elite battled to the quarter pole in :26.2 with Hyperion Hanover and driver Jody Jamieson before releasing them to the lead. Filion, however, wasted little time in sending Kindly Poet right back to the engine and once he cleared it was game over.

The Murray Brethour trainee rolled to the mid-way point in :55.1 before rounding the final turn and hitting the three-quarter pole in 1:24. Kindly Poet turned on the afterburners when called on to do so in the stretch, and his :27-second final quarter speed helped propel him to the 1:51 decision.

Annieswesterncard, with Jack Moiseyev, kicked off cover in the lane and rallied to finish second behind the 2-1 favourite, while Hyperion Hanover tagged along to finish third. Hyperion Hanover's share of the $50,000 purse earned him an invitation into the millionaires’ club. The seven-year-old son of Camluck-Hattie has banked $1,002,343 to date.

Kindly Poet’s victory was his fourth of the season in just nine tries, and the lion’s share of the purse lifted his lifetime earnings to $649,325. The gelding is owned by Brethour and partnership Stephen Scarff, Donald Varcoe and Dan Sarafian.

In other action, trainer Tony Montini enjoyed a productive night at the office sending out a perfect three winners on the 12-race program. American Hot Rod (1:56) took the opener with Jody Jamieson aboard for Montini, while Rick Zeron guided Gravel Crusher (life's best 1:51) and Balanchine (1:51.2) in the eighth and 11th races. Montini's triple leaves him with 23 wins on the year and 651 lifetime.