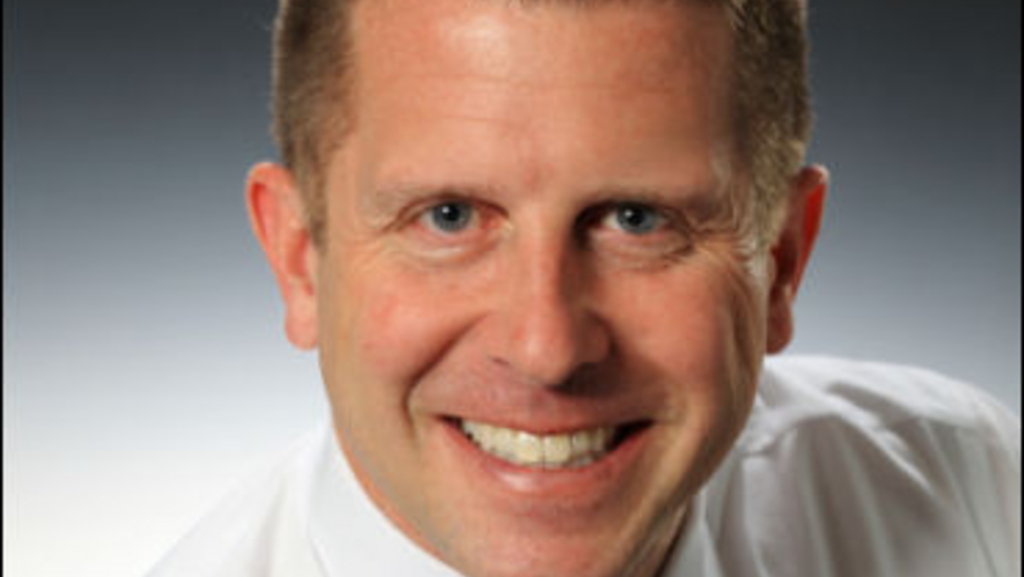 On Tuesday, March 19, Ontario Ombudsman André Marin announced that he will not conduct an investigation into the province’s decision to end its slots-at-racetracks program.

The release --- the contents of which appear further below --- also contains a letter from Marin. The letter explains the results of the Ombudsman Office's review of complaints from hundreds of concerned members of the Ontario horse racing industry regarding the Ontario Liberal Government's decision to end the slots-at-racetracks program.

In this case, it is clear that the Ontario government’s decision to end the Slots at Racetracks Program was made in the wake of recommendations in the Drummond Report and after the OLG’s strategic business review, which included stakeholder consultation. A standing committee of the Legislature also considered this issue as part of its review of the 2012 budget bill. The decision to cancel the program was taken by the Government of Ontario as a matter of broad public policy, as opposed to a decision made in the course of the administration of a governmental organization. It is not the type of decision that would normally be subject to scrutiny by the Ombudsman.

We recognize that the government’s decision has created an enormous level of uncertainty in the horse racing industry. Negotiations are continuing with the industry in an effort to assist the horse racing sector with its challenges. The OLG has also been involved in separate negotiations with regard to the continuation of its slots facilities.

In light of all of these circumstances, our Office will not be conducting a formal investigation at this time.

The contents of Marin's press release on the matter appear below.

Ontario Ombudsman André Marin announced today that he will not conduct an investigation into the province’s decision to end its Slots at Racetracks program.

The Ombudsman received more than 350 complaints after the province’s announcement last March, which stemmed from recommendations in the Drummond Report. Because of the high volume of complaints and the serious concerns raised by complainants, the Ombudsman assigned a team of investigators to conduct an in-depth assessment of the complaints and issues.

Investigators interviewed dozens of horse owners, trainers and many other people whose livelihoods were affected by the decision. They also interviewed senior officials in the Ministry of Agriculture, Food and Rural Affairs and the Ontario Lottery and Gaming Corporation (OLG) and reviewed a large volume of documents relating to the decision.

The letter notes: “The Ombudsman does not substitute his views for the judgment of elected representatives, who are responsible for setting broad public policy. Under the Ombudsman Act, his investigations focus on government administration.”

The Ombudsman’s review found the decision was made after the OLG’s own strategic business review, which included stakeholder consultation – and it was considered by a committee of the Legislature as part of the 2012 budget bill. Since then, the Ministry continues to deal with issues of transitional funding for racetracks and the OLG has negotiated to retain slots at some after the program ends at the end of this month. Premier Kathleen Wynne announced additional changes March 8.

The Office of the Ombudsman has conducted some 30 systemic investigations since 2005, sparking numerous government reforms, including an overhaul of OLG lottery security and its investigations of “insider” wins.

The Ombudsman will not

The Ombudsman will not formally investigate the SARP cancellation because it opens up the pandoras' box associated with it. Bob Hemsworth

Dr Mr Andre Martin can you

Dr Mr Andre Martin can you explain to myself why you feel that you have to anwser a question that wasn"t even asked of you ??? i found that in most situation when that happens the person is usally on a guilty path ARE YOU ??? Mr Dan Fisher asked
you a question that alot off people would like to have a anwser. How and why would a Man like LARRY TANNENBAUM spend his time and money on old BINGO HALLS ???
If this happed on BAY STREET someones head would roll . Let facts roll #1 Tannenbaum (BINGO HALLS) #2 Paul Godfrey (OLG) and good freinds with Tannenbaum #3 Money 25% to OLG instead OF 75% from Horsemen (SARP) Agreement 1.5 Billion
#4 ( = ) Corruption who is involved ??? Is OLG and LIBERAL parters?????

I hate to say it but I warned

I hate to say it but I warned all of you about this, I have seen examples of it before!!

I too received the same email

I too received the same email and responded with my disappointment. I copied the Ontario Auditor Generals office whom I have also sent emails to on the subject.

Regretably, they failed to address many of the key issues that are involved here. Perhaps the corruption runs even deeper than we can imagine.

On the bright side, the media appears to be getting more involved .. perhaps they will do Mr. Marin's job for him !

I also received this letter a

I also received this letter a few hours ago. I will give him one check mark for sending us all replies. That's where the ckeck marks stop. I think all of us wanted him to invesigate the reasoning behind the governments decision to end SARP. Why was this decision made so hastily and behind closed doors with no consultation with the racehorse industry stakeholders? Who actually is benifitting from this decision? Why did Mr. Tannenbaum receive 47% revenue when 25% was too much for the racing industry? How did Mr. Tannenbaum even know to start buying the bingo halls in the first place? Why did the government make it unneccessary to hold a referendum before forcing casinos on the public ?Could it be that it is easier to persuade a few city councellors then an entire communtiy? Is it right to cripple Rural Ontario in exchange for a few casinos? Is it right to put thousands of us out of work and our homes because the government spends to much money on unneccessry and corrupt expenses? What I feel the worst thing that they did was put so many of us through such anguish for an entire year , not knowing what our future holds for us and for our eguine animals. We love these animals and we love racing , but we also love our families and we need a place to sleep and eat when we are not at the barn or racing our horses .They are going to make us choose between the two. I sincerely hope that someday, the people responsibe for this fiasco, are forced to feel the way that they have made us feel for the past year.

In the last year I have seen

In the last year I have seen an awful lot of collusion from government and shall we call it insider trading for want of a better name! When someone like Dan Fisher is ashamed of his once law abiding homeland we should all be concerned and I don*t mean just the horseracing industry! The stench from the rot and dishonesty obviously runs deep! Soon we will lose all trust in all those ELECTED? to run the legal affairs of this once prosperous province. I shudder to imagine what comes next!

I also received the same form

I also received the same form letter from Marin, what a load of crap. He obviously has been drinking from the same bottle as Godfrey. He did not address the concerns I raised, so much for his neutrality.

I received a the same

I received a the same response as all of you from the Ombudsman regardless of the numerous different questions we asked. The 2nd last paragraph of the letter drives home the point that the Ombudsman is taking the Liberals side and even quoting their rhetoric.

This shows us that the office of the Ombudsman has no real teeth when in comes to investigating government or friends of government. We have no need to continue to pay this individual, not with my tax dollars.

When I first submitted a

When I first submitted a complaint, the Ombudsman's office appeared not to have a clue what was going on with the SARS and modernization. I had one H... of a time trying to explain things to them. It sounds like I didn't do a good job. They still don't get it. Could there be more payoffs involved here ? Makes you wonder.

The following line is an

The following line is an insult to my intelligence and proof that they did not even read my complaint...

"Ontario Ombudsman André Marin announced today that he will not conduct an investigation into the province’s decision to end its Slots at Racetracks program."

I, personally, did NOT ask them to investigate the end of the SARP as I know that the job of the Ombudsman is NOT to question government policy.

What my letter DID ask them to investigate is how billionaire Larry Tannenbaum has been buying up old bingo halls for years, and then all of the sudden the OLG (run by his very good friend Paul Godfrey) announces that bingo halls will be given slots... where the OLG gets 25% versus the 75% they get in the SARP agreement.

That is the corruption that should be investigated. And their lack of doing so makes me say, today, that I am ashamed to be a Canadian. Never thought I'd ever say that.

My letter to Mr. Marin: Dear

My letter to Mr. Marin:

Thank you for your letter in response to my concerns regarding the actions taken by the Liberals and the OLG. You may or may not be aware of the article in the Globe and Mail regarding Mr. Godfrey's close associations with certain individuals who are involved in the gambling/casino/bingo hall industry and their plans to become involved in the OLG's "modernization plan" for Ontario. The most obvious one is his connection to Mr. Larry Tanenbaum who started buying up empty bingo halls a few years ago--likely in anticipation of the OLG's "modernization plan" that was in the works. It is, indeed, a very compromised mess and leads one to believe that our province is now being run by the OLG, Mr. Godfrey in particular and his band of friends, business partners and connections. It is no wonder that our high-end breeders, owners and trainers are planning to move south of the border or overseas to escape this corruption. It appears that we are no better than some other places when it comes to protecting the public from collusion and corruption of our government and big business.

Many thousands of horse people and, indeed, horses, were relying on you and your office to offer some protection---at very least an investigation---and once again, the door has been shut in our faces and we are left to fight on our own for what is rightfully ours but has been stolen from us. I have never felt so betrayed by my own government in my entire life as a long-standing Liberal. I'm not alone in vowing that I will never vote for them again. Disgusting - on all fronts!

Just another road block by

Just another road block by this corrupt Liberal gov't. We need an immediate election to clean out this rats nest. We will show them that rural Ontario DOES count.

Just another gut punch for

Just another gut punch for horsemen. I wonder if the Ombudsman is willing to investigate the possible conflict of interest at the OLG?