A ‘Certified’ Winner In The Spa City

The four-year-old was assigned Post 6 in the six-horse Open Trot, and Jay Randall was tasked with piloting the talented trotter who came out of the Melissa Beckwith barn for the first time.

Certify won his first start for new connections last September when he prevailed in the $55,000 New York Sire Stakes Excelsior Series Final and has gone on a tear at the ‘Spa’ ever since.

Seeing as though he brought a six-race win streak into Sunday’s $15,000 Open Trot, Certify was sent off as the public’s 6-5 favourite, but got away last in the feature. Randall was patient with the favourite, who began to make his move after a half mile timer came to life in :56.3.

Certify progressed quickly after making his move and went on to overpower the race’s leader past three quarters in 1:26.3. At that point, he turned on the afterburners. Shorething Fashion (who was driven by Shawn Gray) attempted to mirror Certify’s move, and followed his cover until the chase proved futile. 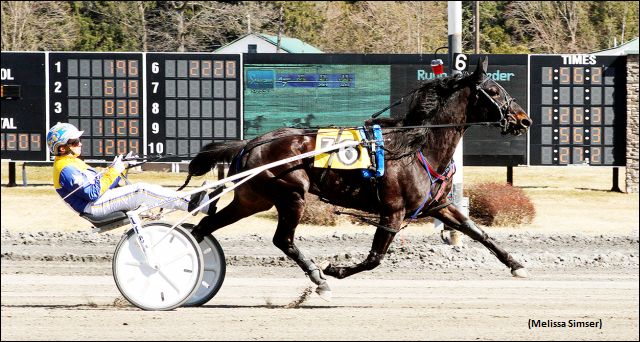 Certify would go on to stop the timer in 1:56.2 for his second Open win of the season and his seventh consecutive Saratoga victory. Shorething Fashion was the runner-up for the third consecutive week, while Cartier Volo (Brian Cross) earned the show spot.

Live racing at the Spa is scheduled to resume on Wednesday (March 18) at noon.