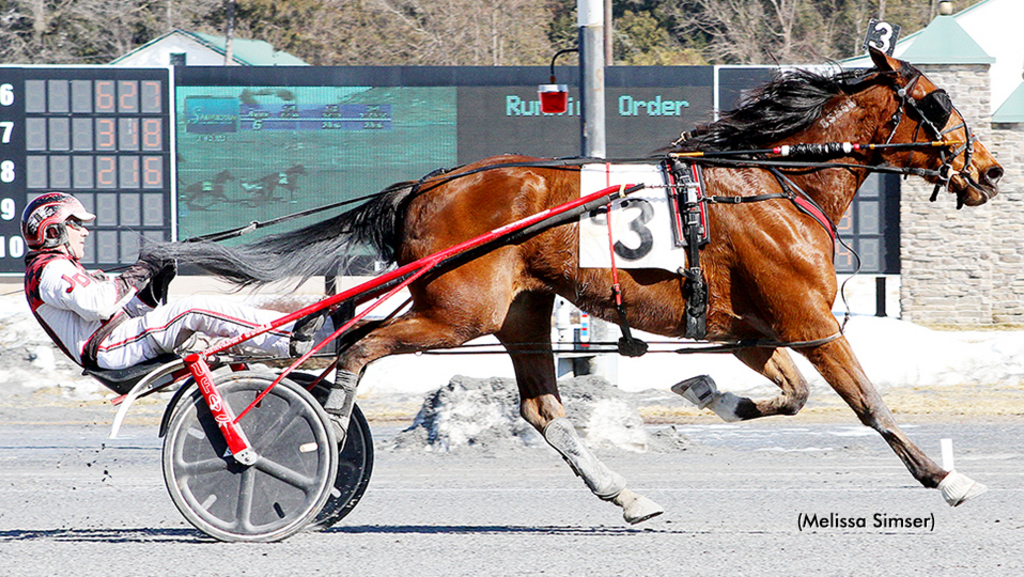 Dewey Arnold scored his second-consecutive victory in the Open Trot at Saratoga Casino Hotel on Sunday (March 13) when the Dave Dewhurst trainee gutted out a first-over journey to secure the win.

After a bit of a slow start to his 2022 campaign, Dewey Arnold has now toughed back-to-back difficult journeys in progress to his consecutive victories in the $15,000 Open Trot. Jimmy Devaux piloted the four-year-old former New York Sire Stakes star who scored Sunday’s win in 1:56.1 despite drawing the outside post in the feature.

Gigfy held on to finish second while Gettin Messi came on to earn the show spot. Dewey Arnold, who is owned by Philip Hale and Dave Dewhurst, paid $6 to win as the race’s second choice in the wagering and led an exacta and triple that came back $38.60 and $177, respectively.