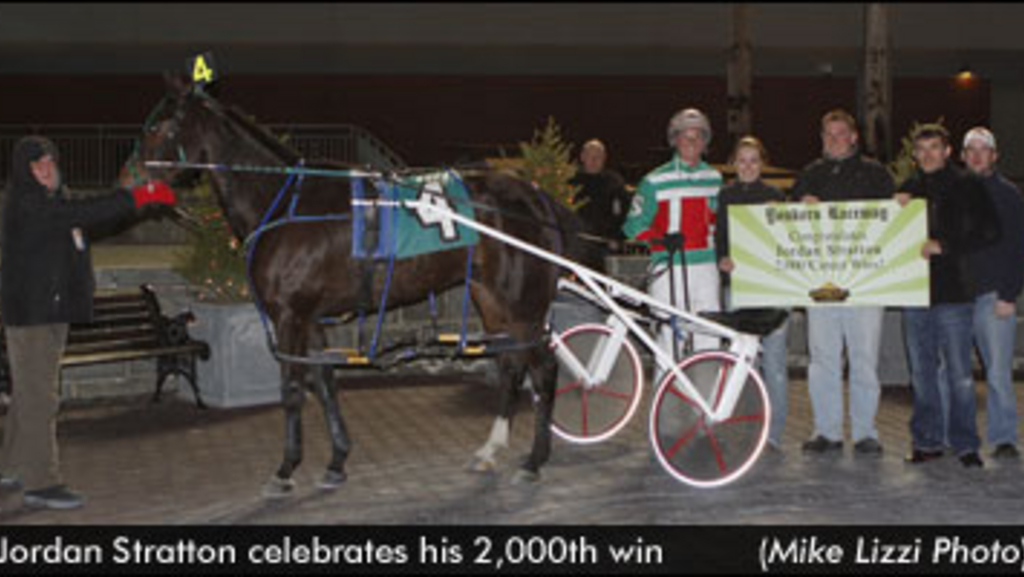 "Lola" prevailed in 1:55 flat in a race where runner-up Report For Duty N (Brennan) was badly impeded by a first turn breaker, then race leader Sams Escape also jumped. Report For Duty N did recover to get second as the 4-5 choice.

"I've always tried to take each race as it happens, but I knew I was this number was getting here," Stratton said.

The 24-year-old Stratton -- whose family was on hand to help him accept the congratulatory sign in the winner's circle -- has earned more than $22.4 million in purses in a career which began quite modestly in 2006.

In Saturday's $33,000 Open Handicap Pace, Code Word and driver Tyler Buter used a second over trip to author an 11-1 upset.

Meanwhile, last week's winner, Summer Camp (Eric Goodell), was first-up as this week's 11-10 favourite. Summer Camp wore down "Corky" early stretch, but could not stave off the rival on his rear. Code Word just did get there, prevailing by a head in 1:54.4. A closing Tobago Cays (Jim Pantaleano), a shuffled Real Nice and Jerrys Brown Gold (George Brennan) came away with the remainder.