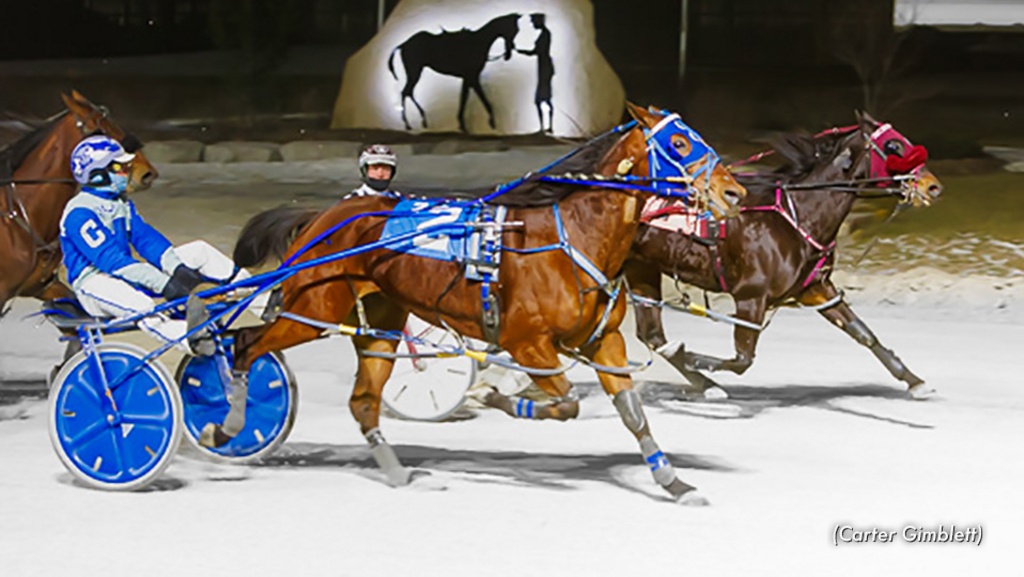 Saulsbrook Jessie ($6.20) made her Wednesday (Feb. 23) return to London a victorious one, overcoming post 7 and holding off a late charge from Millies Million to win the featured $12,000 Preferred 2-3 Handicap for pacing mares at The Raceway at the Western Fair District.

After controlling splits of :28, :57.4 and 1:26.4, Saulsbrook Jessie and driver Brett MacDonald faced a challenge from pocket rival Catch An Ace into the final turn. The six-year-old Big Jim mare shrugged off Catch An Ace with ease — but Millies Million, who stalked from third throughout, switched to the grandstand side to give chase off the corner. Saulsbrook Jessie remained steadfast, holding her ground to prevail by a diminishing head in 1:56.4. Millies Million (Travis Cullen) was a game second; Randomirogeo (Jason Ryan) finished third.