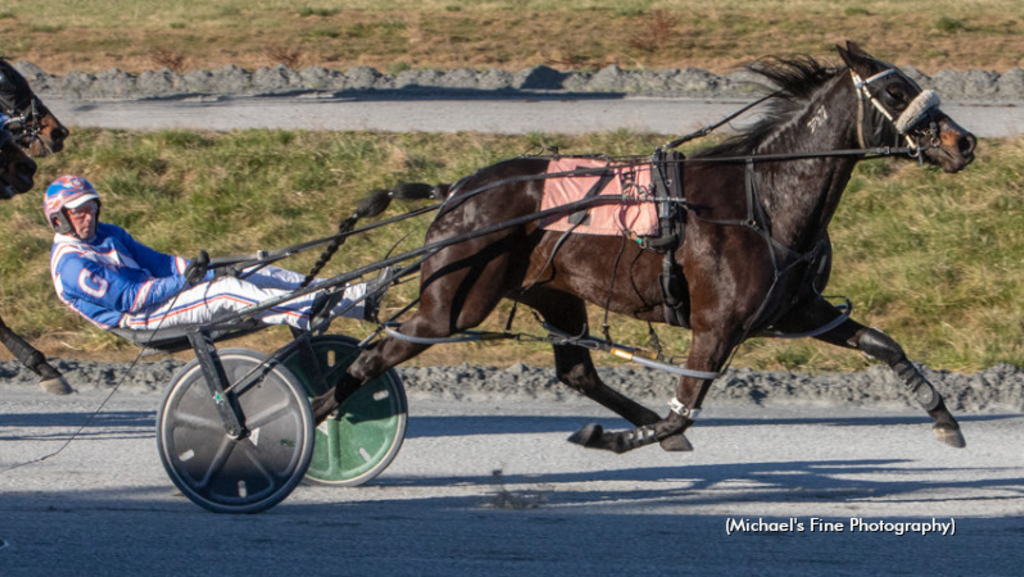 Giesbrecht rallied Chasing Bismarck to a 1:58 triumph in Race 5, and then he wrapped up the eight-race card with a win in the finale behind Madd Flight Brown. The mare went down the road to score in 1:59.3, and thus earning the sulky sitter his milestone win. 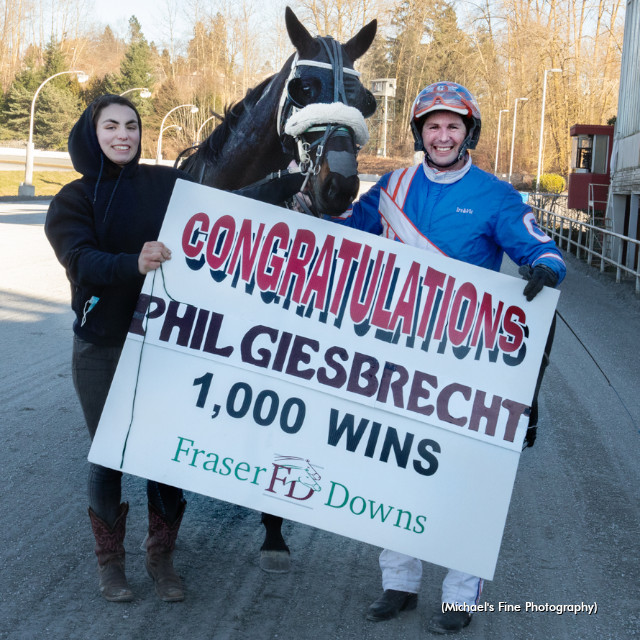 It’s arguably the best start to a season for the Fort Saskatchewan, Alberta horseman who recently surpassed $6 million in lifetime earnings.

Rockin Mystery kicked off the card with a front-stepping score in the $10,000 Fillies & Mares Open Pace for trainer/driver Rod Therres.

Sent off at odds of 5-1, Rockin Mystery nabbed her second win of the year from six trips to the track. Blair Miller of Langley, BC owns the 21-time winner who upper her earnings to $360,269 with the win.