None Hotter Than Sizzlen Hot Herbie 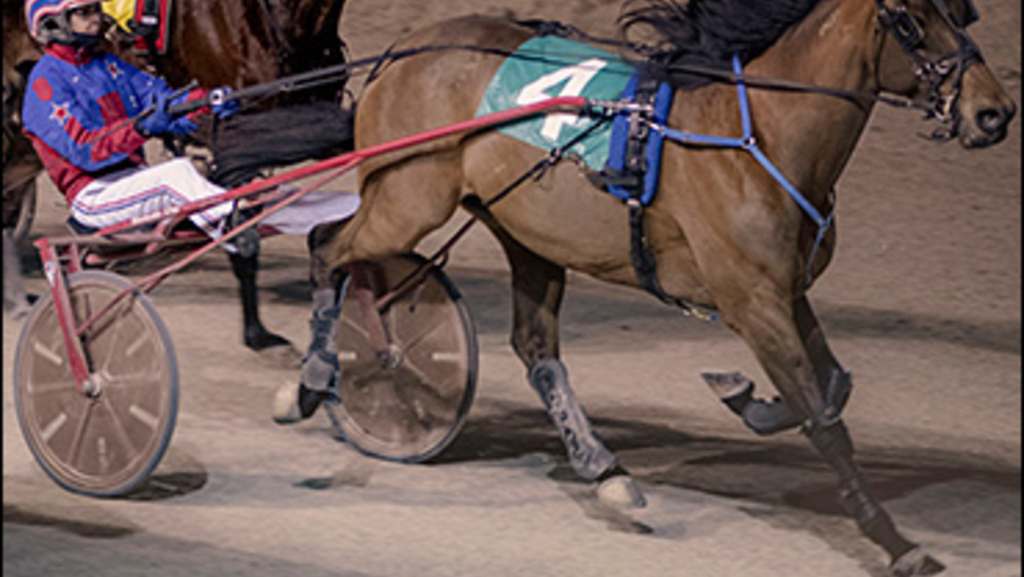 Undaunted by an even money favourite on the lead, Sizzlen Hot Herbie was a resolute victor in the featured trotting event on Wednesday (Feb. 19) at The Raceway at the Western Fair District.

In the $11,500 Preferred 2 Handicap favoured Absolut Seelster (scott Young) pressed to the front off the gate and cleared through the opening turn, pocketing Sicario (Alfie Carroll) and hitting the first quarter in :28.4. Sizzlen Hot Herbie (Natasha Day) had settled away in fourth behind Irish Thunder (Austin Sorrie) but decided the overland route was best and started a first-over voyage approaching the three-eighths mark.

In a very similar scenario to the Preferred 2 Trot, Played By Swan forged first up on the favourite for owner-driver Dennis Duford and powered away for a 18-1 upset in the $8,500 Preferred 3 Trot. As public choice Keepall (Travis Henry) carved out fractions of :28.2, :59.4 and 1:29.1, Played By Swan chipped away at the lead of the tempo-setter from the three-eighths mark and eventually cleared to the lead heading into the final turn. A :31.2 final quarter was enough to hold off his six rivals, with All Out Henry (Scott Young) rallying for second and Nebraska Jack (Marc St. Louis) the best of the rest. The time of the mile was 2:00.3.

Played By Swan (Swan For All - Playoff Volo) won for just the fifth time in his career and for the first time at Western Fair. Ashley Duford trains the six-year-old gelding, whose career earnings surpassed the $160,000 mark.

Trainer Kyle Bossence had three horses entered in the first three races, and given how those horses fared he likely wished he had more dropped in the box as the two-time Future Star finalist pulled off a natural hat trick. Bossence and driver Colin Kelly captured each leg of the early Pick 3, winning with Bs Tyrrific (1:58.1; $2.80), Beach Major (2:01.2, $6.60) and Together We Run (2:00.3; $7.50).

An accident in the eighth race involved two horses that did not finish. Both horses, Arnoldthepaperboy (Brett MacDonald) and Family Sports (Marc St. Louis) and drivers were on their feet after the tumble and walked away from the incident.

To view the results from Wednesday's card in the Forest City, click the following link: Wednesday Results - Western Fair.