This is the second in 12 profiles for our Heart of Harness Racing calendar photographers.

February’s shot of racing action at Fraser Downs in Surrey, B.C. was taken by professional photographer Tom Davidson of Vancouver. 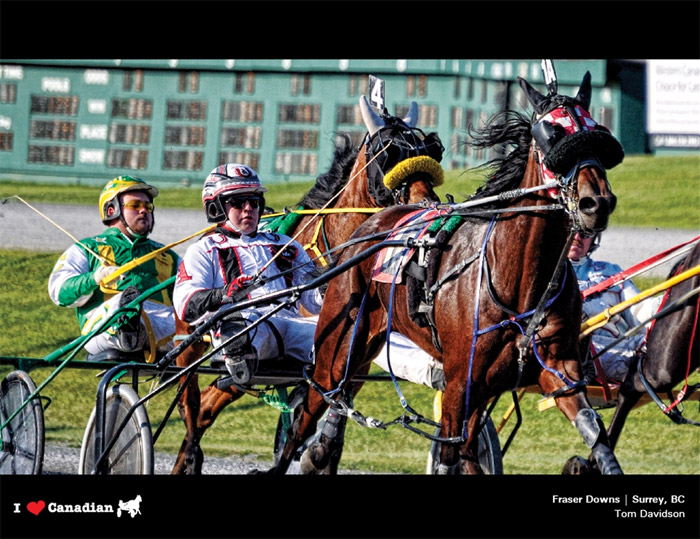 Working in drama, episodic series, comedy, documentary, multi-camera studio and commercial production, Tom has had more than 30 years continuous work experience. He has circled the globe three times and worked in over 60 countries. He also has over 600 hours of network television directorial credits. He says that he has directed or photographed so many commercials, that if he told us the actual number, we would think it was a typo.

Tom has done photography and videography work for Fraser Downs and shot a very interesting video with six GoPro cameras mounted to Standardbred Sulkies and drivers to give the viewer a unique perspective. He calls the video, Anatomy of a Standardbred Race.