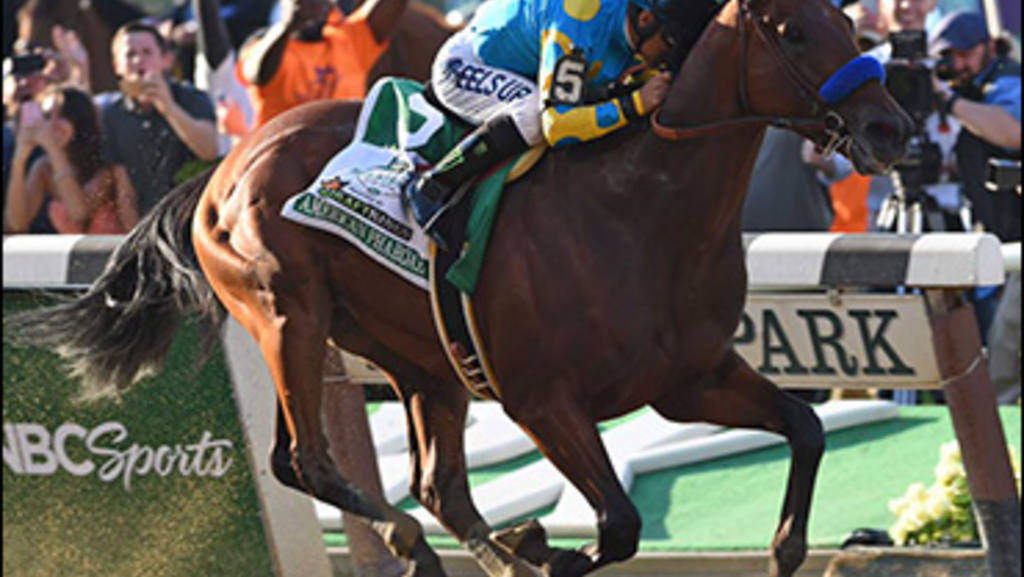 American Pharoah won Thoroughbred racing’s Triple Crown. He also won the Sports Illustrated web poll for the publication’s Sportsman of the Year Award. It was announced on Monday (Dec. 14) that the historical runner was not selected as the winner of the SI award.

Instead of American Pharoah – who snapped a 37-year Thoroughbred Triple Crown drought – the Sports Illustrated award was given to professional female tennis player Serena Williams, who was an absolute force to be reckoned with on her respective tour in 2015.

As an article by The Courier-Journal explains, Williams took home the award for what was ultimately called ‘Sportsperson of the Year 2015.’

Sporting News has uploaded a brief story on how Williams’ award win has irked some of American Pharoah’s fans, which have, in turn, took to the internet to voice their displeasure via Twitter and various other social media outlets.

On June 6, American Pharoah ended a 37-year drought by winning the Belmont Stakes and thus became Thoroughbred racing's first Triple Crown winner since 1978 (Affirmed). He joins famous names like Secretariat, Citation and Seattle Slew in that exclusive club by previously winning the Kentucky Derby on May 2 and the Preakness on May 16.

(With files from The Courier-Journal, Forbes and the Sporting News)

Try facing a Serena Williams 120 mph serve and you will find out what a "real sport" is all about!!

In reply to Not sure which one would look by songwriter

Let's put this in

Let's put this in perspective.

The award went were it should have.

The last racehorse that can compare to what Serena put up.... was Cigar.

Not sure which one would look

Not sure which one would look better on the front of the calendar ?? People voted 47% Pharaoh, 1% Serena ?? SI doesn't listen to its subscribers, etc.

Wow, tennis is not even a

Wow, tennis is not even a real sport! The athlete of the year was Pharoah no contest!