Propulsion To Stand Stud In U.S. 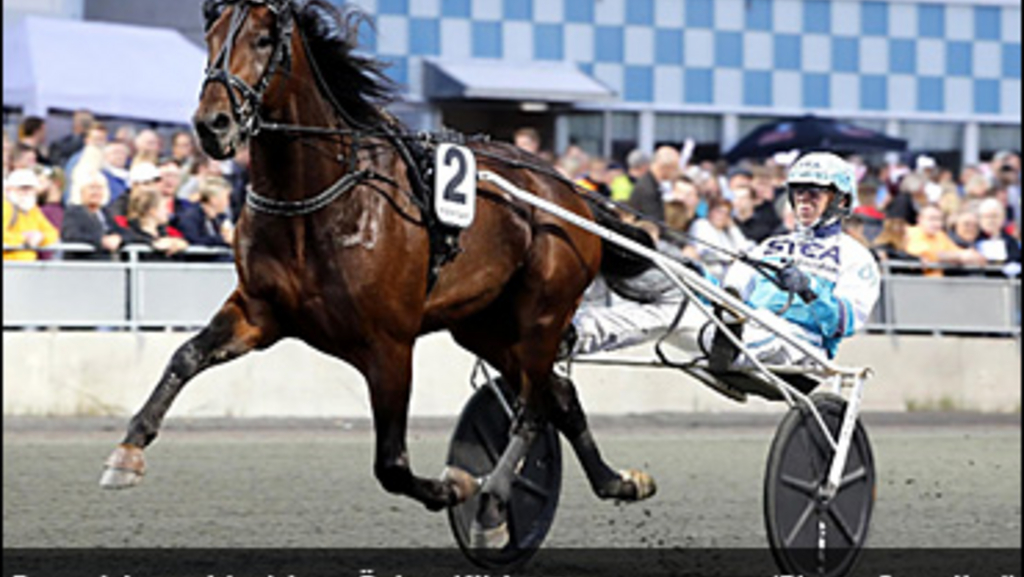 Stall Zet and Johan Arneng are pleased and proud to announce that their Standardbred champion Propulsion (Muscle Hill - Danae - Andover Hall) will be coming to the United States to stand stud in 2021 at Deo Volente Farms in Flemington, New Jersey.

“I have partnered with Deo Volente Farms for years. They have done an outstanding job on Trixton and for that reason I am highly confident in their ability to reproduce excellence with Propulsion,” said Johan Arneng of Brixton Medical.

Michael J. Gulotta, CEO of Deo Volente Farms, went on to say: “We’re truly excited to have yet another stallion of the highest calibre standing at our farm in New Jersey. Propulsion’s presence here will catapult our continuing efforts to bring New Jersey back to its position of preeminence in the North American breeding market.”

Propulsion’s resume on the racetrack has been outstanding. He earned 34 Million Swedish Kronor (or approximately US$3.9 Million) while competing in Europe in a truly illustrious career. The owners of Propulsion are currently working to reverse a Swedish Trotting decision on a technicality to rewrite history. Sue Agopian said "we are very supportive of Stall Zet’s efforts and I can’t wait for the day on which Propulsion is vindicated and he emerges victorious."

Propulsion was Sweden's Horse of the Year in 2019 and also holds the world record at the 3,140-metre (two miles) distance.

Daniel Redén, who had another incredible year beating many records in 2020, had this to say about his experience with Propulsion: “I have had the opportunity to train a lot of top horses, but there is just no one close to Propulsion. He is at a level of his own and the horse of my life. After seeing his first crop I am sure he will be a champ also at stud. This is a big opportunity for the American breeders.”

Johan Arneng of Brixton Medical observed that “Propulsion has already had two crops of foals in Europe and they have sold for outstanding prices including one colt for 3 million Swedish Kronor, or approximately US$360,000. It’s rare for a yearling to sell for that amount in Europe -- his yearling prices rival those at the highest levels of the Lexington sale and, remember that Propulsion himself was a $250,000 yearling while his full brother [Damien] sold for $1 million at the Lexington sale in 2019.”

Propulsion will stand for $9,500 for the 2021 breeding season. Please contact Linda Petrenko (908-782-4848) at Deo Volente Farms for booking information or visit the farm's website at deovolentefarms.com.