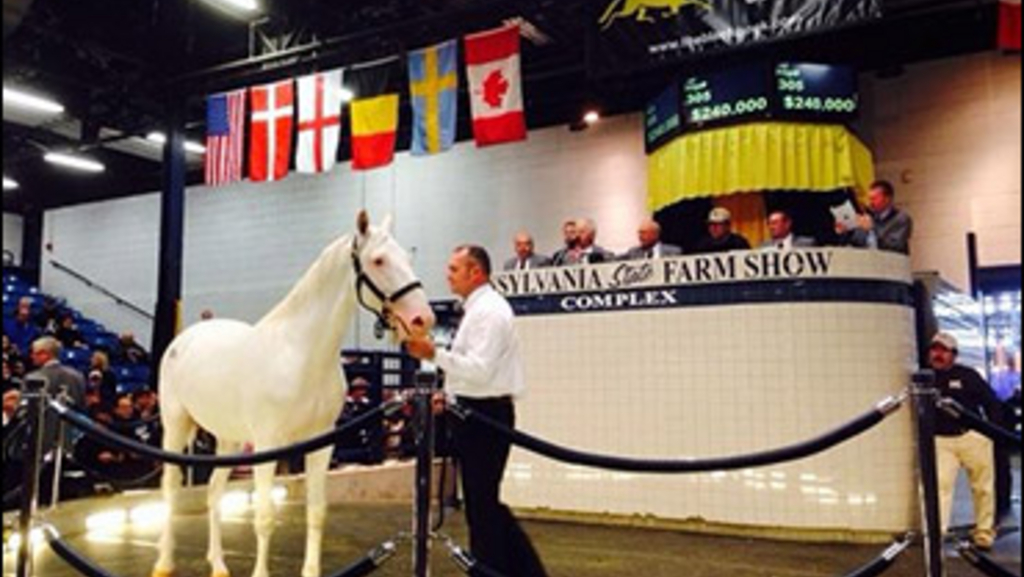 White Bliss, the rare white Standardbred yearling that has made headlines since last Spring, was the sale topper during Tuesday's session of the Black Book Yearling Sale in Harrisburg, Pa.

The son of Art Major-Coochie Mama was purchased for $240,000 by European casino executive Tristan Sjoberg, who currently owns racehorses with top Swedish trainer Ake Svanstedt. Svanstedt previously announced that he would be relocating his stable to the U.S. this month.

The white Standardbred colt, born May 6, 2012, is one of about 200,000 births among Standardbreds and was a big surprise to all at Fair Winds Farm in Cream Ridge, New Jersey. He’s the son of a bay stallion and a bay mare, with not a single white relative in the family tree.

In reply to I think he is gorgeous. All by rockybudgeboa

He is one handsome colt.I

He is one handsome colt.I misread the article and thought it said $24,000 boy was I off.Good luck with him.

Good luck with him, wish we

Good luck with him, wish we had the money to buy him, will be watching closely, as will thousands of others how he does.

I think he is gorgeous. All

I think he is gorgeous. All the Best to his new Owners