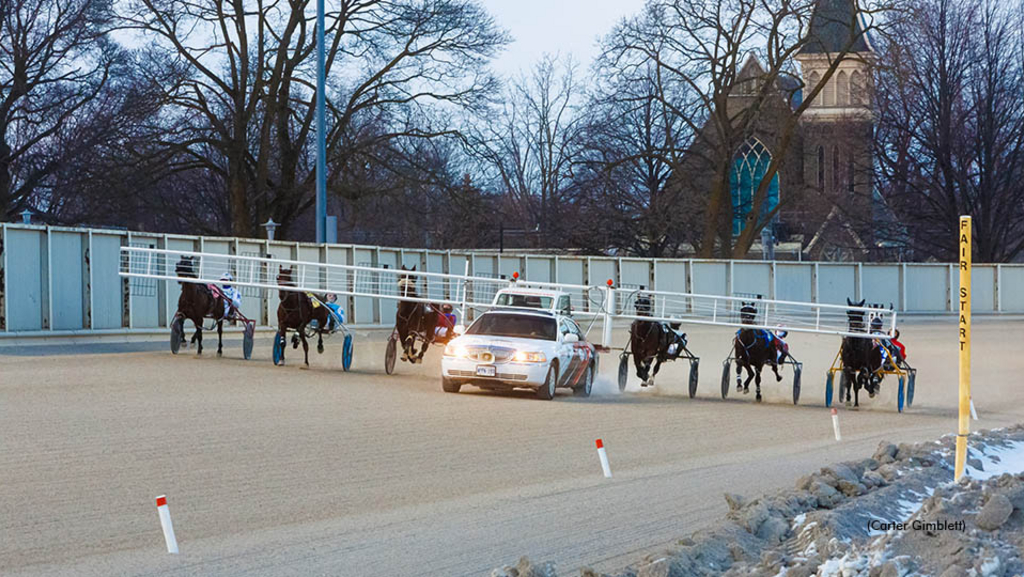 Meilleur Fromage won the $8,500 fillies and mares feature class at The Raceway at the Western Fair District on Tuesday evening (Nov. 22) after never having seen the rail throughout the mile.

The field of eight lined up on the gate and several took a leap out in a rush towards the front. Putyourbettdown (Scott Wray) earned the top tier real estate first with Cheddars Delight (Tyler Borth) in second. A Sailors Delight made her way onto the rail while Sweetest Hustle (Tyler Moore) and Meilleur Fromage (Jason Ryan) remained caught on the outside through the :29.3 first quarter. The set of horses remained locked on the outside through the :59.3 half. Then, Meilleur Fromage moved one more to the outside, three-wide around Sweetest Hustle at the 1:29.3 third quarter. Ryan urged his mare forward down the center of the lane with a fan of challengers behind. Meilleur Fromage battled on to the last step, winning by a head over Ethel (Patrick Barr) in 2:00. Putyourbettdown finished third.

Owned and trained by Harry Martin, Meilleur Fromage is a four-year-old mare by Betterthancheddar out of the Intrepid Seelster mare Bali Seelster.  The win is her third in a row and third in six starts this year. Meilleur Fromage paid $9.40 to win.