250th Anniversary Celebrated At The Royal 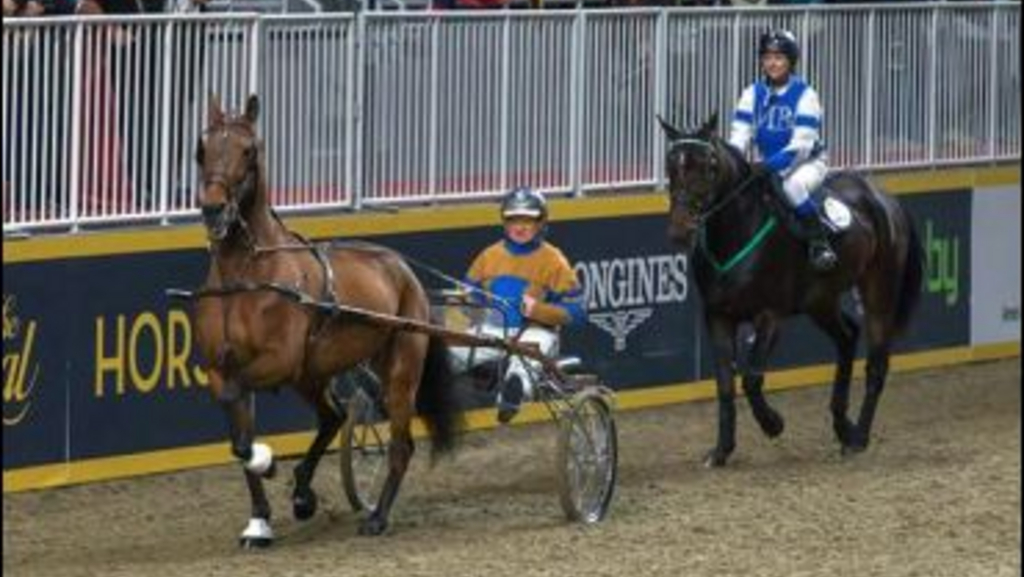 This past Friday evening, the 250th Anniversary of Horse Racing was showcased as part of the 95th Annual Royal Agricultural Winter Fair in Toronto.

Under the lights and glamour of the Royal Horse Show, an exhibition celebrating the racing industry’s milestone anniversary included a combination of video, current and retired racehorses, Canadian Horse Racing Hall of Fame members and a special presentation to the president of the RAWF. 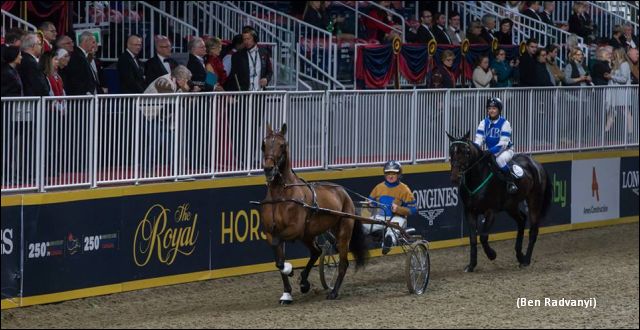 Three Thoroughbreds and four Standardbreds completed an eight-lap commemorative mile while iconic race caller Dan Loiselle provided biographies about each horse’s race and post-race career, highlighting the versatility of the breeds and the importance of re-purposing once race careers conclude. 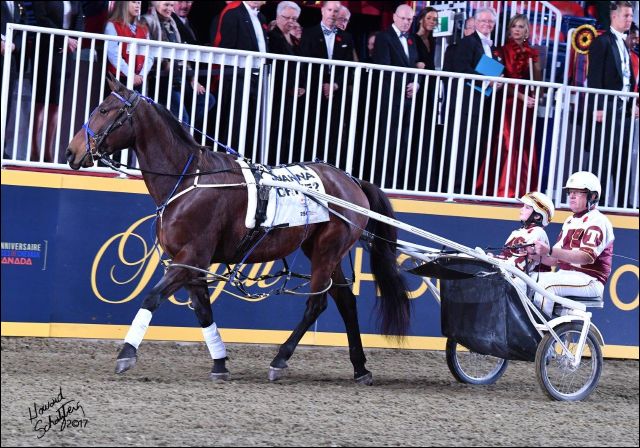 Post-race activities ranged from show horse careers, including the 2017 Royal, for Thoroughbreds, Highland Bay, Man Cave and Maple Tints competing in Thoroughbred confirmation and under saddle classes; and current road horse competitor Standardbred Rachel Lauren; pacer Spago Hall currently engaged with OHHA’s Hands On Horses/Wanna Drive program, providing opportunities for racetrack patrons to experience what it is like to ride behind a race horse; Calamar and Debi O’Brien-Moran, both familiar faces at tracks leading post parades; and trotter Lets Leavem who is still an active racing participant in both RUS and in harness for owner Sarah Town, including a win and new season mark at Flamboro the night following his trip to the Royal. 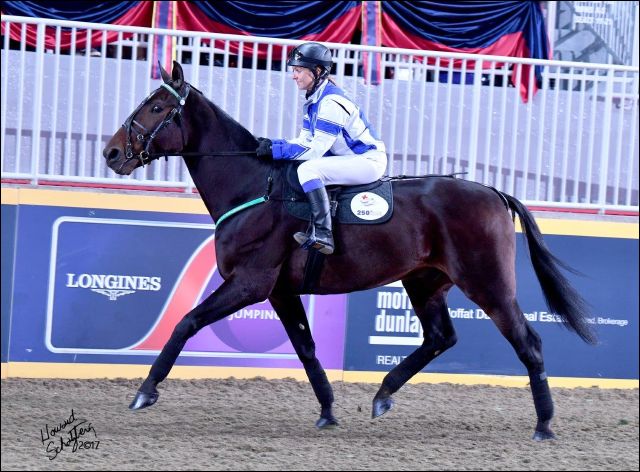 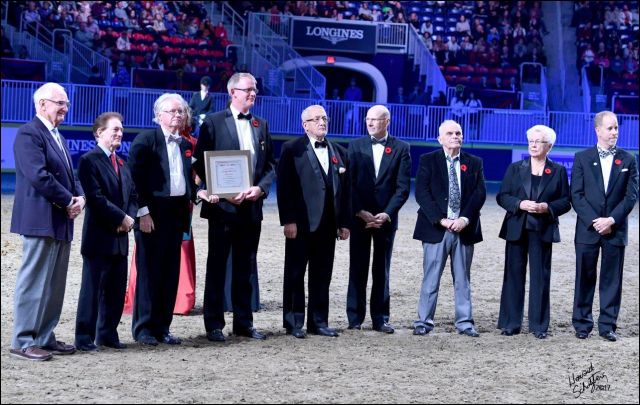 Standardbreds are very versatile. Great to see them showcased at the Royal