Miller On His First ‘Crown’ Win 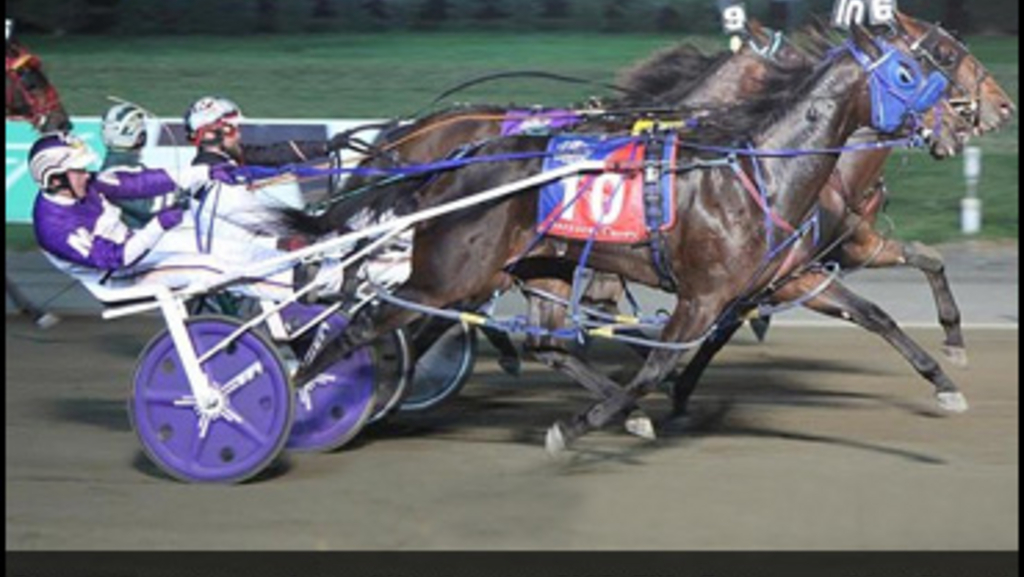 Marcus Miller vividly remembers his first visit to a Breeders Crown winner’s circle a dozen years ago. There is no doubt he will never forget his most recent trip, either.

The 27-year-old Miller on Saturday night teamed with his father, trainer Erv Miller, to win the $600,000 Breeders Crown for two-year-old female pacers at the Meadowlands Racetrack. Someomensomewhere won by a flared nostril over Agent Q, being declared the champion after a lengthy photo-finish review.

In the process, Erv Miller became the first trainer in history to win a Breeders Crown with a son in addition to having captured a trophy with a brother. In 2004, Erv and his brother, driver Andy Miller, both won their first Breeders Crown trophy with Restive Hanover in the two-year-old filly pace at Woodbine Racetrack.

“I cried in that winner’s circle,” Marcus Miller recalled. “My first cell phone, the ringtone was that race call of her coming down the stretch. I could do it word for word back then. That was amazing.”

There were no tears from Marcus on Saturday night, only a big grin.

“Heading back to the winner’s circle I was worried about that, but it was all smiles for me,” said Miller, whose win with Someomensomewhere came in his first Breeders Crown drive in a final. “I never pictured it to be any other way than with dad. He works so hard, and he’s taught me so much, it’s just everything coming to fruition.”

A native of Illinois, Miller started driving regularly in 2009 and won multiple driving titles on the Chicago circuit before moving to the east coast in 2013. His victories in the midwest included a couple American-National Stakes and a number of state-restricted races.

“It’s been a lot of work, but I can’t say it’s taken a long time,” Miller said about winning a Breeders Crown. “I’m pretty fortunate that way. I feel like I’m pretty young. Sometimes I feel like I’m still green, but I think I’m starting to prove that I can hang out with these guys.”

Miller guided Someomensomewhere to victory at odds of 17-1 on Saturday, which might not come as a shock for a driver who has been dubbed ‘The King of the Longshots’ in Pennsylvania.

“I would love to be king of the favourites; that’s my next goal,” Miller said with a laugh.

“We’ve loved (Someomensomewhere) all along. A couple of the starts in the middle of the year she just wasn’t healthy. We were more disappointed back then than we are surprised now. She’s just a very nice horse.”

Someomensomewhere, owned by the Nick Surick Stable and Howard Schneidler’s KDM Stables, has won three of 11 races this year and hit the board a total of nine times on her way to $407,771 in earnings.

When Miller brought her on to the track for her Breeders Crown final, he thought there was a good omen in the way she post paraded.

“She was pretty grabby compared to last week, which I took as a good thing; she was feeling good,” Miller said. “When they said ‘go’ (Roaring To Go) was the only one inside of us leaving hard and (Idyllic Beach) was the only one outside of us leaving hard. I figured if I landed third, they’re not going to stop in my face. I’m going to have a shot at it.

“Whether I could get there for everything from third I wasn’t sure, but I thought it would be good enough to get a big chunk. She just had a lot of go and kept grinding it out. She really raced her heart out.”

Someomensomewhere moved from third in the stretch to get the lead just prior to the finish line, and then held off Agent Q to her outside by a nose.

“Right when we hit the wire I thought I’d hung on, but (Agent Q) was really pacing hard late so I knew it was very close,” Miller said. “I was ready for a dead heat. When they said ‘six’ I was pretty excited.”

Prior to Saturday, Miller had not attended many Breeders Crown races since becoming a regular driver because he was usually working at a track elsewhere.

“This is way better, when the work is the Breeders Crown,” he said, grinning. “I feel very fortunate.”

So is there a new ringtone in Miller’s future?

“I don’t know about that,” he said laughing. “But I’m definitely getting a big picture.”