Eaves: The Stakes Are High 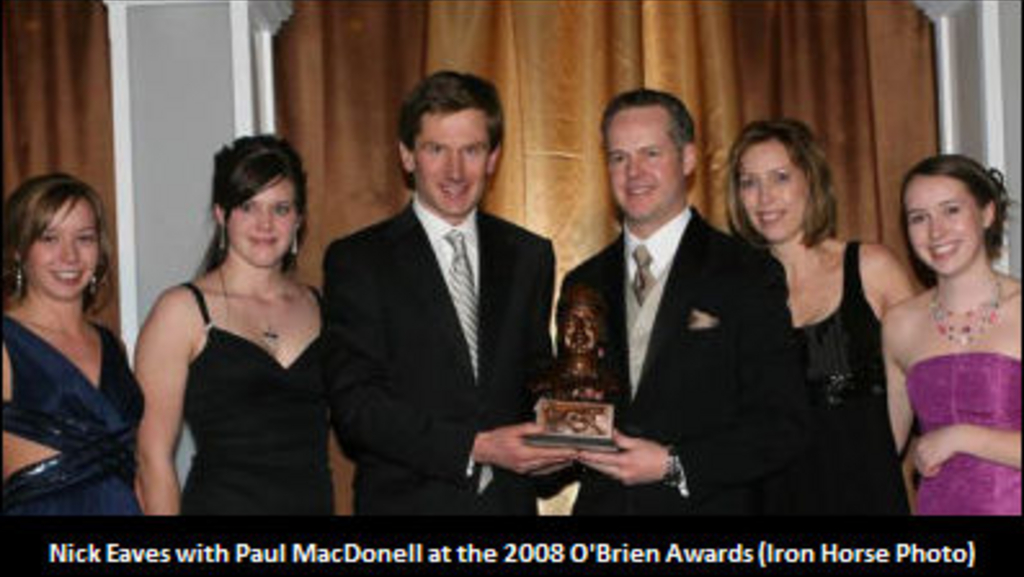 As Woodbine Racetrack prepares to host North America’s biggest night of harness racing, Nick Eaves, the track’s President and CEO, is calling on the industry’s many participants to help Woodbine secure the long-term future of horse racing in Canada’s largest city.

On November 5th at the Executive Committee of Toronto City Council, the issue of a Toronto casino will be officially addressed for the first time. And Woodbine wants to show Council what the horse racing industry means to the province and the city.

“What we’re intending to show Council is the size and scale around our industry,” says Eaves. “With every other casino question, all of the proponents talk about what they might do - how many jobs they might create, what kind of a tax base they might deliver and what types of economic impacts might result. That’s not the case with us.

“What we’ve got is a proven track record of success that employs thousands of people on site at Woodbine, which contributes hundreds of millions per year of economic impact, that creates a significant tax base both in the city of Toronto and across the province. We need as many industry participants as possible being the names and the faces of that reality because that is what is at stake.”

Horsepeople, tradespeople, racing employees and anyone affected by Woodbine and its associated businesses, are being strongly encouraged to write letters of support directly to Toronto City Council.

Eaves points out that because Woodbine is located in the C2 zone for gaming, it is not in competition with the casino potentially targeted for downtown Toronto (C1).

“Our focus entirely is on the other area of the city (not downtown) where the OLG have said they intend there to be a casino, which is zone C2. And they define C2 very narrowly. It’s really a tiny area around Woodbine. Importantly the city has been asked to express its support for the OLGs decisions. It is our challenge to make sure the city understands that the only acceptable solution in terms of a casino in zone C2 is at Woodbine.”

As for Woodbine’s commitment to horse racing, Eaves speaks strongly.

“I wouldn’t imagine many of the groups bidding for casinos have an interest in continuing horse racing,” he says. “Obviously that is our core mandate. Woodbine is a not for profit corporation and our Board and the management team take very seriously the task of delivering on the mandate of the not for profit, which is to grow our core horse racing business.

“Everything we’re doing in an effort to ensure that gaming continues at our two tracks, Woodbine and Mohawk, is such that we can continue to deliver a business model which is squarely rooted in live racing. That’s our business, that’s the business we’re committed to, and that’s the business we intend to see thrive based on success in these areas.”

As for Mohawk Racetrack, Eaves says that Milton Council is fully supportive of having expanded gaming take place at the racetrack, and the site is zoned for a casino. However, Eaves cautions that there is still work to be done as an OLG-led process calls for RFPs for operating rights in the area. “We’re working through the process,” he says.

Lynne brought up the most

Lynne brought up the most important aspect of the whole situation that we find ourselves in . We need to save Woodbine & Mowhawk but what most are ommiting to say is that it is equally as important to save the smaller tracks as well. They employ at least 75% of the industry and utilize probably 75% of the horses that are racing today. In order to save the rural economy of Ontario from collapsing we must strive to save more then just the WEG tracks. 60 thousands people are involved in this industry and I think far more then 13,000 horses are facing euthanization if we role over and say SO BE IT. We must all, BIG and SMALL, stand together and stop this from happening. This is an injustice that will affect everyone in Ontario whether they realize it or not. If we allow the govenment to allow US casios to invade every aspect of our lives we will soon become a bankrupt province with the highest number of welfare recipients in Canada, instead of being the wonderfull province that it used to be. We can't rely on gambeling profits to balance our own books let alone the books of our Province. The Liberals have to learn that if the province can't afford it then they better not spend it. That is how I balance my books. If things get a little tight, I set limits on what I spend my money on, execpt when it comes to the necessities of my family and my horses.

The province of Ontario in

The province of Ontario in 2013 is losing a film manufacturing plant in Belleville and an automotive assembly plant in Oshawa. Estimated total of about 2130 jobs. If the right person becomes premier of Ontario and/or minister of finance, Mr. Paul Godfrey, chair of OLG should get somewhat uncomfortable. His job performance, and wrong headed decision to destroy the horseracing business, considering the handle dollars that go into the provincial coffers,versus the share of the slot net, which almost balances out the equation needs the attention of the legal people. Like the others in power Paul Godfrey will most likely resign, before he gets fired. Just thinking out loud. Bruce T. Winning

Thank you, Mr. Eaves. for

Thank you, Mr. Eaves. for giving us some clarification on the prospects of continued horse racing at Woodbine and Mohawk. As you know, horse people across Ontario are fearful that we will no longer have a horse racing industry after March 31/13 and will be looking for alternate homes for our horses or considering the heartbreaking option of euthanization. Many will also be looking for alternate employment where jobs are already scarce. Others will be unqualified for retraining and employment due to their age, education, work experience, ability, etc. We have all been left in limbo for far too long. McGuinty and his government have successfully started the destruction of the breeding aspect of the industry as we have seen at the yearling sales and the lack of breeding done this spring. Foals have already been euthanized in anticipation of a dismal future in Ontario.
Industry people have been asked time and time again to write to our governments, media, contacts, etc. which we have done. We must keep writing. I am happy to support your efforts to keep racing intact at both WEG tracks but we have to save horse racing elsewhere as well. A healthy industry does not revolve around Toronto alone. The grassroots of racing is in the rural areas of Ontario. Without the grassroots tracks, there will soon be no racing at WEG.