Brennan, who entered the night with 9,998 wins, immediately knocked off the ‘to-do’ list when he took down the chalky daily double in the down-the-road fashion. 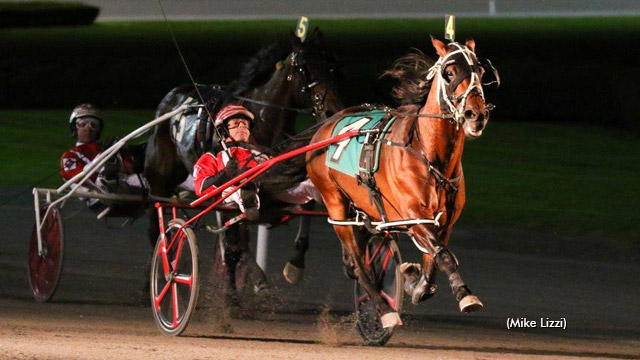 Brennan, who become the 16th North American driver to reach that five-figure number, had a rather large welcoming committee in the winner’s circle, including his stepfather, Joe Ricco Jr., several drivers and racing officials.

The 51-year-old Brennan, a native of Monticello, NY, took the latest milestone in stride.

“It’s a good number, but nothing I was aiming for, but I understand it’s significant,” he said.

Brennan won his first race -- behind Rob Ron Romper -- at his hometown track as a high school junior back in 1982. His career purse earnings of approximately $172 million ranks seventh in the all-time list.