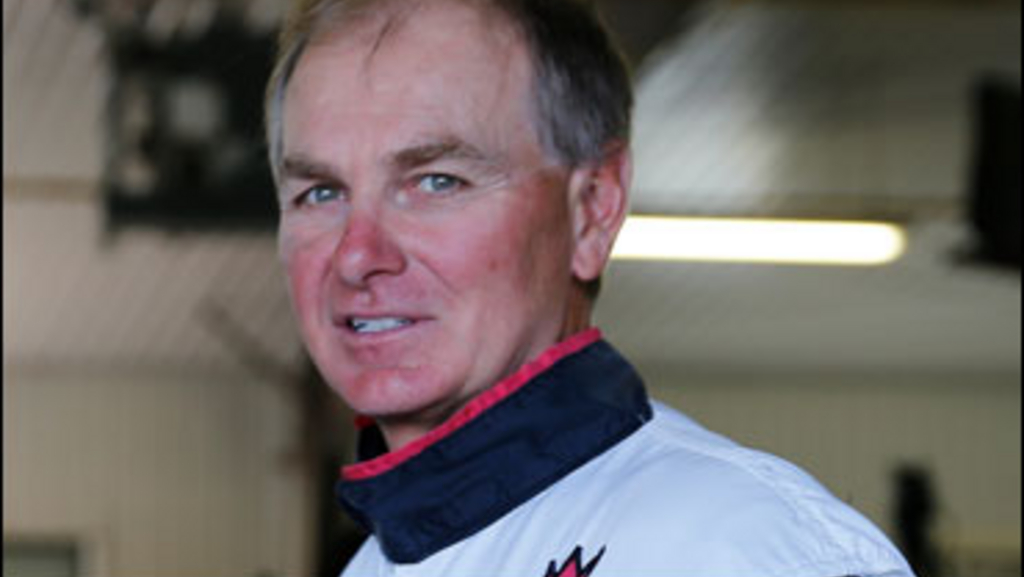 Mohawk Racetrack hosts the $2 million Ontario Sires Stakes Super Finals on Saturday, Oct. 15 and trainer Mark Steacy will cap off a career-best year in the program by sending out starters in four of the eight division championships.

With 263 points, Steacy is poised to capture his first Johnston Cup title as the top trainer in the Ontario Sires Stakes program. Heading into the season finale, Steacy has a 39-point lead on reigning title-holder and eight-time winner Robert McIntosh and sits 42 points ahead of three-time winner Gregg McNair. He and his staff have harnessed 128 starters in the provincial program to date for 14 wins, 13 seconds, 20 thirds, 28 fourths, 12 fifths and earnings of $573,540.

“I’m pretty proud of that,” said Steacy of his career-best statistics. “Again, that’s not just me, that’s the staff too.

In addition to his season-long Ontario Sires Stakes success, Steacy achieved a major milestone in August when his career earnings surpassed $20 million. Both accomplishments are part of a decade-long evolution in Steacy’s operation that started when son Shawn joined the business.

“It all happened probably in the last 12 years; we were kind of low key until about 12 years ago,” said Steacy, a lifelong horseman who was introduced to harness racing by his father Clarke Sr. “After Shawn graduated out of school and came on with me, I was able to keep horses and race them rather than sell them, which I used to do before. I used to develop them, race them a few times in Ottawa or Montreal, and then sell them.”

For several years, Shawn supervised a temporary operation near Mohawk during the peak months of the Ontario Sires Stakes season, but last fall father and son decided it was time to establish a more permanent base at the First Line Training Centre in Nassagaweya, Ont.

“Shawn was up here all winter this year. We’ve come up before with half a dozen or 10 horses and stayed for three or four months, and we’ve done that for 10 years or so, but we’ve never stayed all winter until this year,” explained Steacy, who was honoured with the O’Brien Award for Horsemanship in 2007. “We’re going to be here again all winter. I’ll do my babies at home in Lansdowne, but we’ll keep the older horses up here.”

Steacy has already acquired 18 yearlings and expects that number to climb as high as 25 before the sales season wraps up. While Shawn, who now makes his home in Guelph, Ont., handles the older horses, Steacy will have the support of his younger son Clarke Jr. when it comes time to start the yearlings.

“I have Clarke on board too,” said Steacy, adding that Clarke Jr. has decided to switch his focus from catch-driving to training for the time being. “He’s actually running the Lansdowne outfit right now, and so I think that’s going to help us to even get to another level.”

All three men are currently focussed on finishing the Ontario Sires Stakes season on a high note, ensuring Dream Massive, Sass, Royal Charm and Nocturnal Bluechip are in peak shape for their respective $250,000 Super Finals on Saturday.

Two-year-old trotting colt Dream Massive will kick things off from post six in the first Super Final, and his connections are hoping the son of Muscle Mass minds his manners after making breaks in his last two Gold Series starts.

“We trained him this morning [Wednesday], and he trained good, so hopefully,” said Steacy, who conditions the colt for Michael Soehnlen of Dalton, Ohio. “I thought we had him sorted out there and he went out and made a mistake again last time. He just got bully in the hole. Off and on he’s showed that he does have quite a bit of ability, but he can be his own worst enemy.”

Three-year-old trotting colt Sass gets post three in the fifth Super Final of the card and Steacy is hoping the Kadabra colt has bounced back from a viral infection that showed up after the Oct. 6 Gold leg at Mohawk.

“He still got fourth, but that was his worst start,” noted Steacy, who put the colt on a course of antibiotics after the race. “Hopefully, he’ll be good to go on Saturday; I think a healthy Sass has got a shot. Obviously, you’ve got to have that thing called luck on your side, but if it is then I think he’s got a shot.”

Hudson Standardbred Stable Inc. of Hudson, Que. bred and owns Sass, who has earned $177,980 in his career to date.

Sophomore trotting filly Royal Charm landed post four for her last Ontario Sires Stakes start and will be looking to continue the hot streak she has been riding through the last six weeks. After a pair of third-place finishes in the Simcoe Stakes and her Elegantimage elimination, the daughter of Steacy’s former superstar Majestic Son scored an upset win in the $436,000 Elegantimage final and then finished second in the last Gold leg.

“She’s finally coming together for us. We always knew she had a lot of go to her and she’s been behaving herself, touch wood, lately,” noted Steacy. “As long as she does that, she’s not a big horse getting off the gate, but she can always kick home good.

“If she races respectable, I think then she is eligible to the Breeders Crown, and I think the Matron, so it’s possible that we could finish the year off with that,” added the trainer, who conditions the winner of $341,462 for David McDonald of Cornwall, Ont., Shelly MacMillan of Waterloo, Ont., Hudson Standardbred Stables Inc. of Hudson, Que., and Bridle Path Stables Ltd. of Ossining, New York. “We’ll just have to see how Saturday goes first.”

Steacy’s final entry comes in the three-year-old pacing colt showdown with Nocturnal Bluechip lining up at post nine, alongside the reigning division champion Betting Line, who gets the outside post 10.

“He’s got a tough post and he probably needs a better post more than them all,” said Steacy of the Bettors Delight son. “He’s been kind of a letdown this year, you know, a horse that’s got lots of speed but just hasn’t done what we expected of him. The way he’s going, he’s going to have to trip out really well.”

Mohawk Racetrack’s first race goes postward at 7:30 p.m. on Saturday, with the eight $250,000 Super Finals slated as races two through five and seven through 10. In addition to the on track excitement, Mohawk fans will receive an Ontario Sires Stakes ball cap when they purchase a program and can play the fun-filled OSS Trivia Spin and Win game for more great prizes.

Mark's success with the