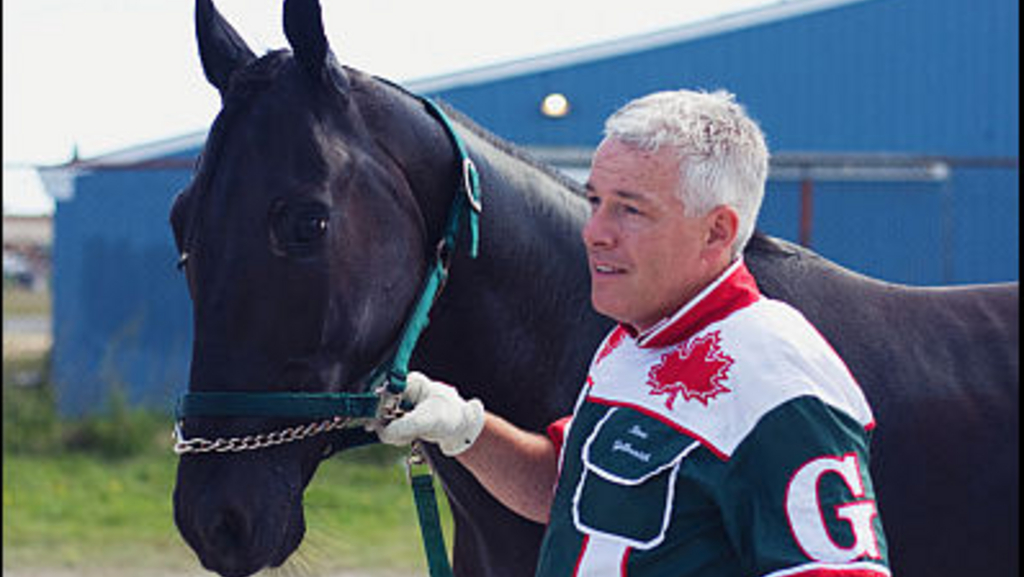 Standardbred Canada is pleased to announce that Ross Galbraith, chair of the New Brunswick Horse Racing Industry Association and one of the committee members responsible for the creation of Horse Racing New Brunswick, has been voted the 2009 recipient

of the Cam Fella Award.

The Cam Fella Award will be presented to Galbraith at the annual O'Brien Awards Banquet on Saturday, January 30, 2010 at the Delta Meadowvale Hotel in Mississauga, Ont.

Galbraith has had a lifelong interest in harness racing and has worked tirelessly as a volunteer over the last several years to ensure that harness racing continues in New Brunswick. He has held numerous leadership positions in the industry and his efforts culminated in the creation of a not-for-profit central industry organization to run horse racing in the province.

In January, 2009, the newly formed organization, Horse Racing New Brunswick, announced its board of directors and race dates for the upcoming season. After years of ups and downs in the province’s harness racing community, the dream of an industry-run, government-supported body to oversee the future of the sport was finally a reality.

The accomplishments in New Brunswick represent one of the brightest developments in all of Canadian horse racing in 2009.

Dr. Paul Hogan, director of racing for the Maritime Provinces Harness Racing Commission, was quoted in Trot Magazine calling the establishment of HRNB “probably the biggest light at the end of the tunnel we’ve seen in a long time.”

It is certainly no stretch to say that the success achieved this year would not have been possible without the tireless efforts, over several years, of Galbraith.

He has been very active as a volunteer in the industry serving on the executive of the Saint John Harness Horsemen’s Association since 2002, and then becoming chair of the New Brunswick Horse Racing Industry Association in 2003. He joined the board of Standardbred Canada in 2003 and was active in the development of SC’s Strategic Plan. He was a founding member of the Maritime Horse Racing Development Council in 2003 and in 2005 served on the organizing committee of the Atlantic Symposium in Fredericton, NB.

Galbraith focused his efforts on building stronger relationships with industry stakeholders and was at the forefront of many industry presentations to the provincial government and other political parties, to lobby for funding as well as educate the government about the industry through his presentations and tours to racing facilities and farms.

He has given dozens of television, radio and newspaper interviews about harness racing, pitching stories to the media, taking photos of horse racing events and making presentations to the Saint John Board of Trade, Enterprise Saint John, New Brunswick Equestrian Association and the Travel Industry Association of New Brunswick.

In 2004 he was instrumental in lobbying the New Brunswick government to re-establish some funding to the Atlantic Sires Stakes and in 2007 was successful in getting it to commit to a multi-year funding arrangement that more than tripled financial assistance to the industry.

As chair of the New Brunswick Horse Racing Industry Association, Galbraith helped to build consensus among diverse industry stakeholders on matters that were vital to the industry.

Standardbred Canada established the Cam Fella Award in 1997, and fittingly its namesake was the first recipient acknowledging Cam's unparalleled contributions to the sport of harness racing. Past Winners of the Cam Fella Award include the Honourable Michael D. Harris, former Premier of the Province of Ontario (2000); Minister Mitchell Murphy, Provincial Treasurer for the Province of Prince Edward Island and formerly the Minister of Agriculture and Forestry (2003); Armstrong Bros. Farms (2004) Dr. David C. Reid, former Chair of Horse Racing Alberta (2005); Ralph Klein, former Premier of the Province of Alberta (2006); Ann Curran, creator and co-ordinator of the Mildred Williams International Driving Series (2007); and the incredible pacing horse that re-energized harness racing, Somebeachsomewhere (2008).

A national committee of 16 representing the standardbred community vote by secret ballot to determine the Cam Fella Award winner. A winner must receive a majority of the votes.

Canadian-owned, trained and driven, Cam Fella was an outstanding racehorse in the early 1980s. He won 56 races, over $2 million in purse money and two consecutive Horse of the Year titles in North America. As a stallion, 'Cam' sired numerous world champions and horses with earnings in excess of $106 million. Unfortunately, Cam suffered from testicular cancer and in early 1997 was retired from breeding. He died in May of 2001 at the Kentucky Horse Park, where he had lived for several years and served as an outstanding ambassador of the standardbred breed.

The creation of the Cam Fella Award was the harness racing industry's way of ensuring that Cam's contribution to the sport is never forgotten.

Congratulations Brother Ross.There is no one more deserving of this prestigious award than you.You have worked tirelessly to ensure the future of harness racing in New Brunswick and we thank you for your efforts.

I have admired your hard

Congratulations to Ross. It's nice to see such an honour bestowed upon such a fine gentleman.

Congratulations Ross, a very well deserved award. Having had the pleasure to work with you the last couple of years it is evident of your committment and devotion to the great sport of harness racing. We are very fortunate to have you as an ally and working for us in the promotion of harness racing in N.B. Keep up the good work. John Breau

Bravo Ross !!! Allow me to be one of the first to congratulate you on being voted the recipient of the 2009 CAM FELLA AWARD ... well deserved!!!