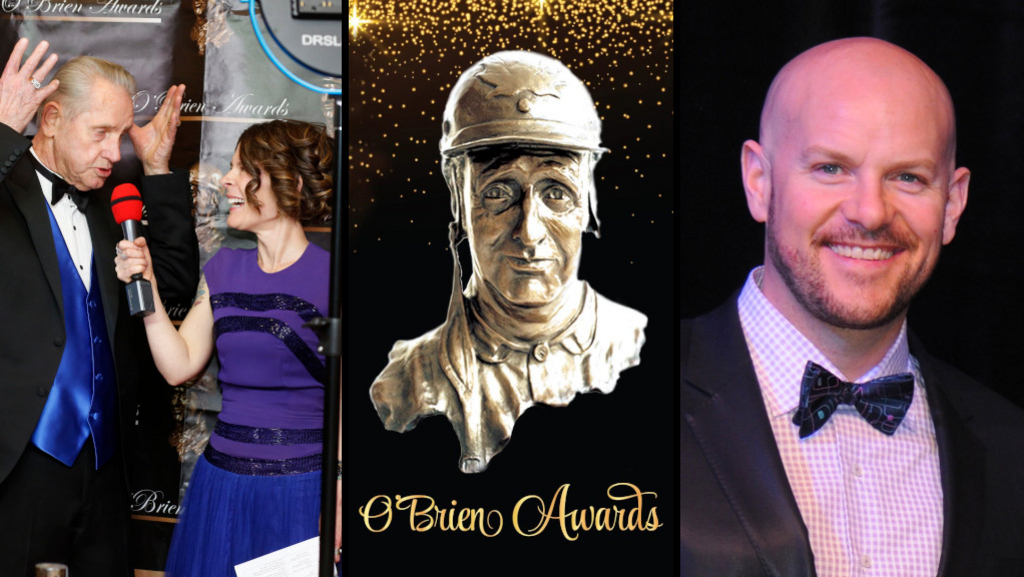 Standardbred Canada (SC) is pleased to announce that Jody Jamieson and Kelly Spencer will co-host the Red Carpet Show for the 2022 O'Brien Awards on Saturday, Feb. 4 at the Hilton Mississauga / Meadowvale Hotel in Mississauga, Ont.

The 2022 Red Carpet Show, sponsored by Grand River Raceway, will be streamed live on standardbredcanada.ca and SC’s Facebook page, starting at 5:30 p.m. (EST) on Feb. 4 and will feature a variety of special guests including many of this year’s finalists.

Jody Jamieson is a three-time O'Brien Award winner as Canada's Driver of the Year. With more than 8,500 wins and $143 million in career earnings, Jamieson's name can routinely be found on the top 10 Canadian driver leaderboard. Although Jamieson has held the role of emcee before in a 2013 fundraising event, this year will be his first appearance in an official capacity for the O'Brien Awards. He'll also look to take the stage during the gala as the driver of 2022 O'Brien Award finalist Stockade Seelster.

Kelly Spencer will be a co-host on the red carpet for the sixth consecutive year. Spencer was the former Marketing Manager at Grand River Raceway for 22 years before developing her own communication agency, True Nature Communications, Inc.

SC checked in with Jamieson and Spencer to talk about the live event and more.

How much are you looking forward to a return to the live event setting after two years of virtual galas?

Jody - It's always better when you can actually be face-to-face with people.

Kelly - The virtual galas were very well-produced by the folks behind the scenes and we should all be thankful that we were able to facilitate a celebration in some capacity. But, yes, I think we've all had our fill of Zoom calls and virtual events! Bring on the tuxes and gowns!

Who / what are you wearing on the red carpet this year?

Jody - Receiving my first O'Brien Award for Driver of the Year.

Kelly - There are many, but at the top of that list was the opportunity to present the O'Brien Award to my friends Ron & Liz Waples for JM Van Gogh.

What's your favourite moment from an O'Briens Awards night that wasn't directly associated with the gala (i.e. something that happened "offstage")?

Kelly - Given the lack of snow to this point, I'm not sure if we'll have the opportunity to partake this year but there is an unsanctioned (shhhh) 1 a.m. toboggan party in the hotel parking lot that produces a lot of whoops and hollers.

What makes your co-host such a good fit for this role?

Kelly - A few decades of winning on-camera and a natural charisma (which his father says comes from him) should make him feel right at home on the red carpet.

Favourite movie or show you watched over the last year?

Kelly - I'm late to the party, but am finally watching Yellowstone. And my all-time favourite show, The Walking Dead, wrapped late last year.

What artist / podcast is getting the most play on your Spotify playlist right now?

In the theme of "Night Among The Stars," name the person outside of the harness racing industry you'd most like to interview and chat with on the red carpet?

Kelly - Morrissey. And I would bring my pal Anthony Haughan along, too, since he is such a huge fan.

In the theme of "Night Among The Stars," name the person outside of the harness racing industry you'd most like to host the O'Brien Awards with in the event your co-host was a late scratch due to sickness?

We're just past the midway mark of the NHL season. Who is your Stanley Cup pick?

Standardbred Canada will present the 34th edition of the O'Brien Awards on Saturday, Feb. 4, 2023 at the Hilton Mississauga / Meadowvale Hotel.