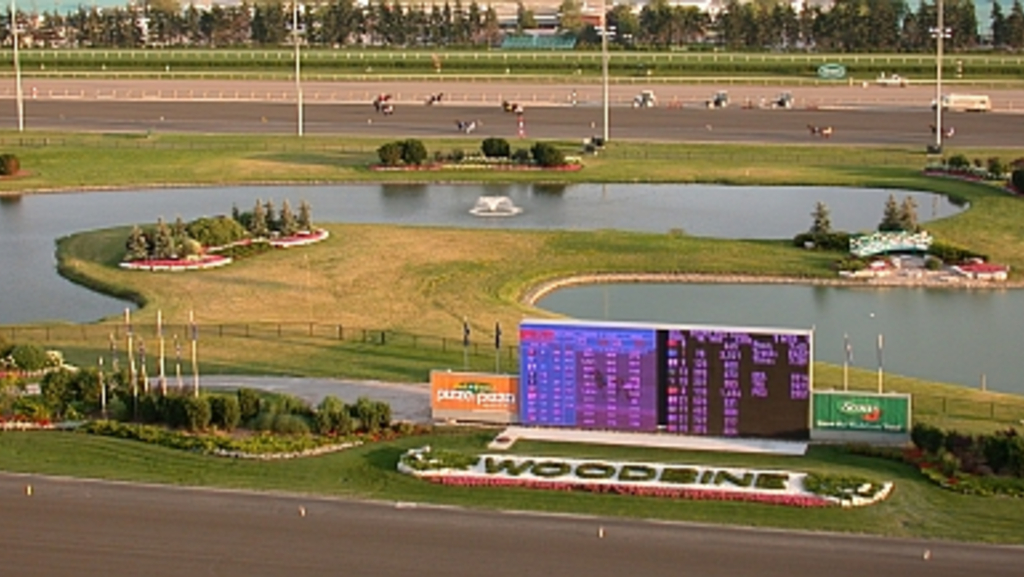 "We're pleased to see betting on standardbred racing in Toronto hold steady over 2007," said Jamie Martin, WEG's senior vice president of Racing. "With fewer dates as a result of reduced horse supply, 2008 was expected to be a difficult year."

On track in 2008, Jody Jamieson captured his first WEG driver's title with a total of 282 wins. Rick Zeron was second with 260 visits to the winner's circle and Randy
Waples was third in the year-end standings with 248 victories.

The WEG trainer's title was shared in 2008 by Ben Baillargeon and Rob
Fellows, who finished out with 95 wins apiece. It was the first WEG title for both Baillargeon and Fellows. Casie Coleman was third with 80 winners on the WEG circuit.

In reply to As a bettor, this is what I by Anonymous (not verified)

Can't (wouldn't) argue with anything you have stated.

You have made no reference to drugs, cheating, lame or unprepared horses. Yet the largest track-owner cites THESE as 'the Bettors' primary reasons for not betting.

It's tough for horsemen to fight on behalf of the Bettor, when the tracks are claiming the 'direct line' to the Bettor' - without of course ever identifying their 'source(s)'.

So sorry you're not getting the kind of show the Horsemen would like to see you get ... and that the OLGC is paying track owners HUGE money to provide.

I think we have common ground there?

As a bettor, this is what I

Reduce the parimutuel takeout to 15% across the board at every track in Ontario, which would still be higher than it was 25 years ago.

A share of the slots bonanza. The horse racing "industry" decided to split the revenue 10% racetrack owner, 10% horsemen, 5% host city, and 0% horse bettor. Are bettors not a part of the industry?

When I bet the Meadowlands so-called common pool, give me the same payoffs as the Meadowlands, not an additional 1 to 10% taken out to "reflect WEG commission rates"

Comfortable simulcast facilities throughout the province instead of the backroom of some bar or hotel that makes you feel like a third class citizen. Most in my area don't even have service for food or drink, you have to get your own.

The same treatment slots players get.

Volume on the TV's at simulcast, not muted so they don't annoy other patrons.

Give me a reason to bring newcomers to harness racing. I can't take them to a dump like Windsor, Woodstock, or Dresden. If I take them to Woodbine, we are in a grandstand that holds 40,000 people with about 1000 patrons sprinkled all over. There is almost zero atmosphere, plus the $6.00 a beer factor. Crowds attract bigger crowds. It is not entirely about betting, you have to get the people there first, have a good time, and maybe betting will come later. Of course, then they will realize that when they bet $50.00, they are charged $12.50 ( 25% ), just for the privilege of betting.

Make every track operator watch the Meadowlands, 90% of what they do is superior to every other harness track in North America.

In reply to As a bettor, I have a few by Anonymous (not verified)

Okay, my anonymous friend - what do you want?

Second - apples to oranges in your 'comparison'. The number of horses available to fill Windsor cards vs Woodbine race cards - and purses - are not comparable. Depending on the length of time between entering and racing, one can always 'double-enter'.

How does that affect your betting strategy? 'Strong, sound horse' ... or ... 'tired, stretched horse'???

Also - as a bettor with money 'grown' the same as the rest of us ... I presume you'll be betting the Windsor card tonight. Will that be all, or will you bet Georgian, Yonkers, Balmoral, and maybe a few Thoroughbred races too ;-)

A few extra Woodbine cards would not HURT bettors - it'd give them better bang for their betting buck!?

As a bettor, I have a few

As a bettor, I have a few problems with Ralph's thinking. First of all, $30,000,000 more in handle means another $7,000,000 out of bettor's pockets, whose money, as everyone knows, grows on trees. Second, 23 nights to get 207 horses raced is only one race per night, so the handle might not quite be $1.3 million on those nights. ( Like you said, figures don't lie ). Third, adding MORE CARDS for 2009. I am looking at a Windsor progam for Jan, 20, and Ms SUZIE Q has lines to be announced from Jan. 16 at London, and Jan. 17 at Windsor. ( she finished 4th and 2nd respectivly, according to SC ). Why more cards when a horse can race 3 times in 5 days? If you want to increase handle, maybe you should find out what the bettors want.

You are correct in your

IF the additional 23 cards had been offered, the Total 2008 bet WOULD HAVE BEEN: