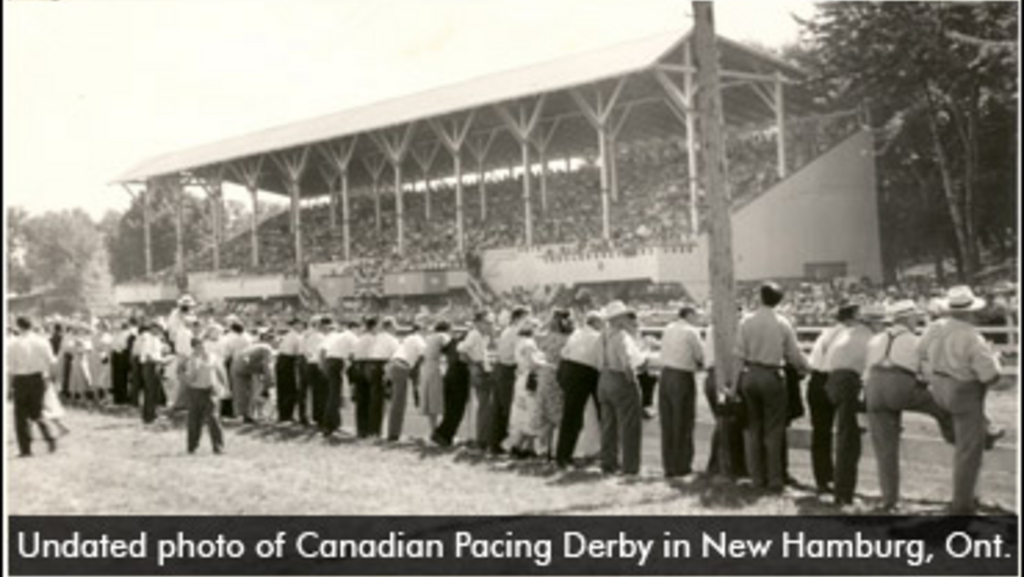 The town that once packed in thousands of people for one of Canada's most prestigious harness racing events could possibly host a casino according to the OLG.

A report in the New Hamburg Independent notes that the SW1 zone that originally went as far as Baden, Ont. has been expanded by the provincial gaming operator in an attempt to find a willing host municipality for a casino.

According to OLG's senior manager of media relations Tony Bitonti, “the expanded zone provides for more flexible and realistic options."

In the SW1 zone, with Kitchener-Waterloo at its core, interest in a casino outside of the existing facility in Elora at Grand River Raceway has been non-existent. Cambridge has said no, with Kitchener and Waterloo also uninterested in hosting a casino. Neither Cambridge nor Guelph are currently located in one of the OLG's 29 gaming zones.

Home to small rural communities like New Hamburg, Baden and Wellesley, Wilmot Township has a total population of around 20,000 people and is situated on the Hwy. 7 and 8 corridor between Kitchener-Waterloo and Stratford, another city not currently situated in a gaming zone.

“It’s about putting the product where the people are,” said Rick Gray, OLG's vice president of gaming transformation.

Local councillors heard the OLG's pitch on January 21 and have agreed (by a vote of 3-2) to ask staff to devise a method for gathering public feedback on the proposal, with a report due back on February 11. At that time councillors will decide whether to move forward with the next step.

“The people who settled this community would just be appalled we would entertain the thought,” said Coun. Al Junker before voting against the motion.

A poll in the Independent asked local residents for their opinion on a casino with the majority -- 72 per cent -- strongly opposed.

Premier-designate Kathleen Wynne has gone on record stating that municipalities will have autonomy in the OLG modernization process.

IRONIC, from the best

IRONIC, from the best Canadian Harness Racing to the Worst of Casino Shakedowns. I imagine Joe Obrien and his peers are rolling over in their graves!!

In reply to My sister lives in Baden. by spottydawg

Who knows what they are

Who knows what they are thinking except to get rid of racing. They could expand Grand River raceway into a casino and thereby incorporate racing in the plan and help save our industry. They are either in the back pocket of American casino owners or just plain greedy.

My sister lives in Baden.

My sister lives in Baden. Not one person she's asked about a casino in New Hamburg has been supportive of the idea. What are these OLG people thinking?

With Common Sense backing horseracing and greed driving the OLG brass why has the media not made the loud noises it is going to take to stop the OLG steamroller, most of the public are unaware of the facts but Common Sense is keeping the original SARP the only realistic answer for the OLG this was a program that common folks from Ontario were comfortable with, we don't want to become another Atlantic City or Las Vegas.

As we watch the expansion of

As we watch the expansion of these OLG zones, I have a simple question? Most modern cities don*t want these casinos so it*s easy to understand why the previous Ontario government put the SARS program in place at the race tracks! This program was too successful, so greed between the Liberal government, OLG, bingo parlors and casino operators was hatched to line someones pockets and it sure isn*t the Ontario taxpayers! That sucking sound is all the SARS profits gearing up to travel South tax free, instead of funding Education, Health care and seniors programs. Instead of smoke and mirrors from OLG it*s easy to use the governments own numbers to see where all the SARS money went! More billions ended up in the government on a regular basis than ever went to horseracing! Value for money indeed!

OLG is getting desperate. I

OLG is getting desperate. I hope they go up in smoke. Together we can give them a taste of what they have done to the Horse Industry.

It's not about putting the

It's not about putting the product where the people are. It is about providing an alternative to threaten municipalities unwilling to green light the OLGs preferred location. Just as they did in Vaughan the OLG has redrawn their maps to provide added leverage when dictating to their first choice a timeline and the necessity to agree to accept a casino. The implied threat is take our offer or we will find a willing host in your area and you will lose the immediate benefits of a casino while having to accept all the negative social and economic consequences.
If a casino were a power plant and seats were at risk you could be sure the Premiers office would be far more engaged in managing the privatization of gaming.

My Grandmother lived in New

My Grandmother lived in New Hamburg I can't even imagine a casino there. So if they get no interest in an allocated zone they just expand the zone until someone surrenders to them. Shameful that the OLG has been given so much power.Ronda Markle