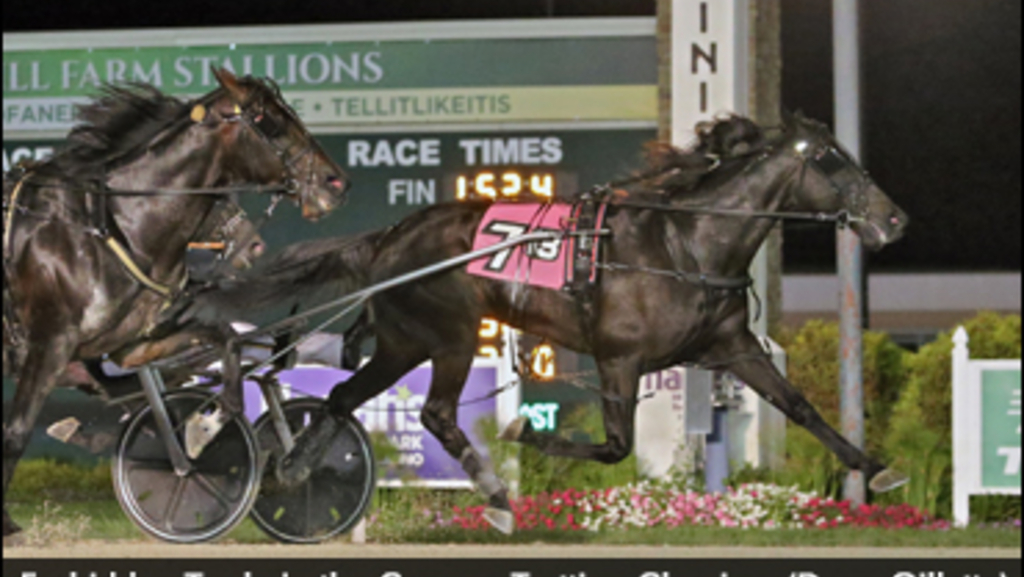 A trio of star-studded $175,000 Dayton Derbies will highlight the marquee program of the 2021 season at Hollywood Dayton Raceway this Saturday night (Oct. 2) with Canadian connections in the spotlight.

The undercard will feature eight $75,000 Ohio Sires Stakes Consolation Championship races for Buckeye-bred juveniles divided by age, sex and gait. A pair of Open events and a single overnight offering complete the 14-race card, which will begin at a special 6 p.m. post time.

The initial Grand Circuit contest will be the $175,000 Dayton Distaff Derby in race seven. Lyons Sentinel, the top ranked horse in the current Hambletonian Society/Breeders Crown poll listing the best horses in North America, has been installed the 6-5 favourite for driver Tim Tetrick and trainer Jim King Jr. The four-year-old daughter of Captaintreacherous enters the fray on a six race win streak, including the Roses Are Red and Milton Stakes at Woodbine Mohawk Park, for owner Threelyonsracing Stable of Brantford, Ont. The talented lass' $1.9 million in purse earnings tops the field of nine, which has amassed 176 victories in their illustrious careers.

Two races later, a full field of the continent's top trotters will parade to post for the $175,000 Dayton Trotting Derby. Forbidden Trade, fresh off a narrow victory in the Caesars Trotting Classic at Hoosier Park, is the likely favourite (5-2 morning line) for driver Bob McClure, trainer Luc Blais and the Determination Stable of Montreal, Que.

Among the challengers in the field with 173 aggregate triumphs and nearly $12 million in earnings will be When Dovescry (David Miller, 3-1), Manchego (Dexter Dunn, 7-2), Ready For Moni (Andrew McCarthy, 9-2), Guardian Angel AS (Brian Sears, 6-1) and Back Of The Neck (Ake Svanstedt, 8-1).

The finest veteran pacers in the world will take center stage for the 11th race, the $175,000 Dayton Derby. This Is The Plan (Yannick Gingras, 5-2) was given the narrowest of morning line nods in the field, which sports 173 total wins and more than $7 million in winnings. The favourite hails from the powerful Ron Burke barn and is owned by Burke Racing, Weaver Bruscemi, J&T Silva Purnel & Libby and Larry Karr.

"It is our pleasure at Hollywood Dayton to treat our fans to the best that harness racing has to offer in our annual Dayton Derby signature events," said Director of Racing Jason Bluhm. "The horses in these three races have 522 wins and have earned almost $25 million. It should be quite a show!"

Limited trackside dining tables are available by reservation only (937-235-7592).

(With files from Dayton)