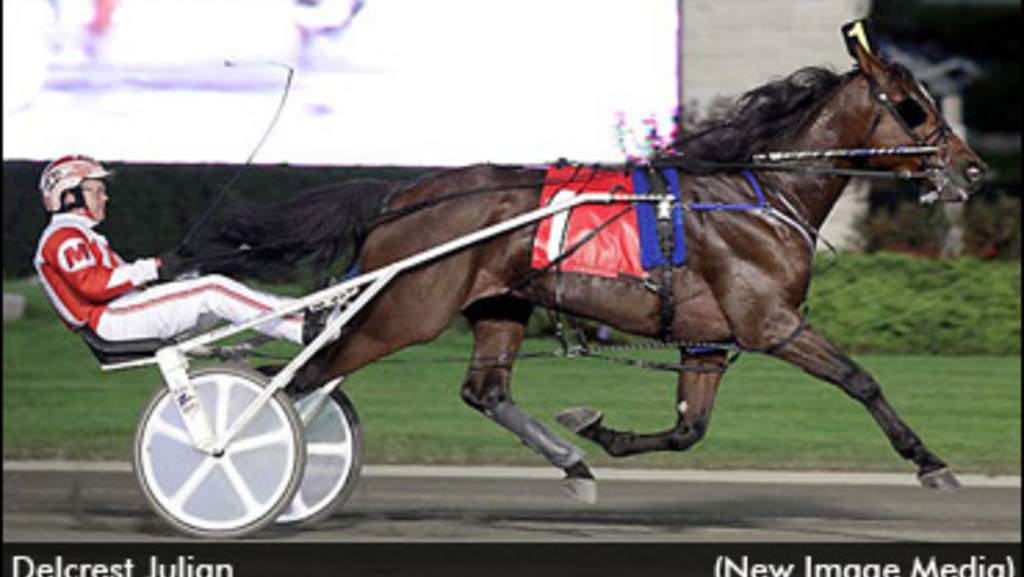 Stakes-winning trotter Delcrest Julian has been retired after five seasons of racing and will now start a second career as a stallion.

The fastest and richest son of Oaklea Julian, Delcrest Julian retires with lifetime mark of 1:53.3 and earnings in excess of $412,000. During his career he raced against and beat some of Ontario's top trotters including O'Brien Award winners Daylon Magician and Mister Herbie.

As a two-year-old, Delcrest Julian set a track record at Flamboro Downs in winning an Ontario Sires Stakes Gold elimination in 1:58.3. He followed up that success at two with sophomore wins in his Canadian Breeders Championship elim as well as an OSS Gold final at Mohawk Racetrack, ending the seven-race win streak of Daylon Magician.

Delcrest Julian trotted to his life's mark of 1:53.3 on multiple occasions and was race timed in 1:53.

In 2015, Delcrest Julian will stand stud in Prince Edward Island at Meridian Farms. Farm Manager Brian Andrew told Trot Insider that the stallion arrived in PEI late last week and will stand for a stud fee of $750.