When 64 of the best New York-bred trotters and pacers enter the paddock at Batavia Downs for the $1.8 million New York Sire Stakes (NYSS) Night of Champions on Saturday (Sept. 14), there will be three horsemen that will have a homecoming of sorts as their careers all got started in Batavia at the oldest lighted harness racing track in America.

Ray Schnittker from Tonawanda, N.Y., Steve Pratt from Corfu, N.Y., and Chris Oakes from Akron, N.Y. all mastered the trade they have excelled in so well over the years at Batavia Downs.

Schnittker got his start in 1977 racing horses owned by his father. By the late 1980’s he moved his colours to New York City and found success driving on that major circuit. His rise to prominence in the sport eventually led to his greatest career success of a Hambletonian victory with his Hall of Fame trotter, Deweycheatumnhowe.

With his base of operations in Goshen, N.Y., now for many years now, Schnittker has been a regular on the NYSS circuit racing many great two- and three-year-olds over that time. 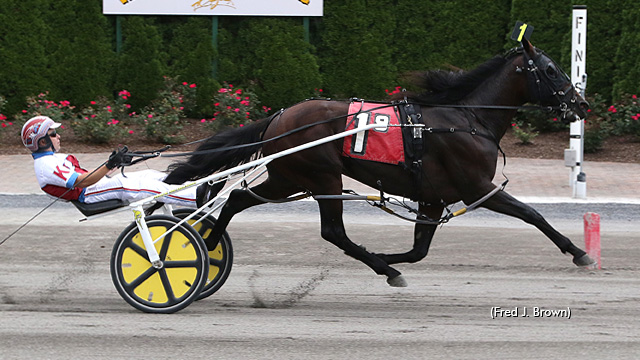 Hickfromfrenchlick has developed into one of the best sophomore pacing colts around. He currently has the sixth fastest win time of the year (1:48.4) for a three-year-old and is the ninth richest ($275,866) second-year pacing male in North America. He has four NYSS wins this year, but he also won the $238,200 Empire Breeders Classic at Tioga in a lifetime best effort. He comes into the finals on a four-race winning streak and looks extremely tough to beat on Saturday.

Pratt started in the business in 1970 and had much success racing overnights, and mostly trotters, at Batavia Downs. Although he competed his own stable part-time, he eventually got into racing young horses at the fairs and made the move to the NYSS in the 1990’s.

Over the last eight years he has been a constant in this series with a string of highly competitive trotters that all had “Barn” in their names that also went on to be accomplished overnight performers as aged horses.

A very high percentage trainer, Pratt’s career numbers show 236 wins out of only 823 starts and more than $2.7 million in earnings; the bulk of which came in the last eight years competing in the NYSS. 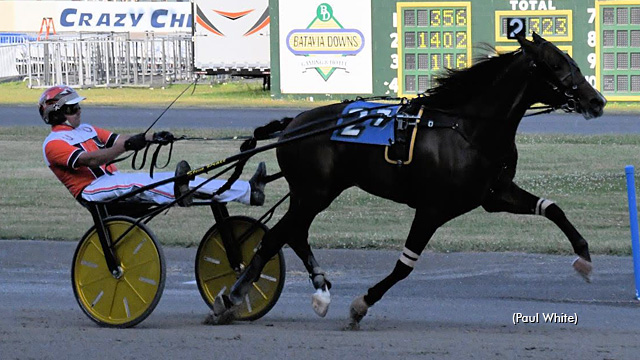 Two-year-old trotting colt Barn Holden (Conway Hall-Barn Babe) 1:55.3 ($126,168) is Pratt’s starter in the finals this year and he’s as solid a performer as any he’s had to date. Barn Holden is the points (224) and earnings ($126,168) leader in his division and comes into the final with three wins, two seconds and two thirds out of eight starts. His only lifetime start at Batavia was on August 7 when went wire to wire by 8-3/4 lengths in 1:57.1 to set a new track record for two-year-old trotting colts.

It’s a short ship from Corfu (where Pratt still lives) to Batavia and Barn Holden will return to the scene of that record Saturday to try and repeat his performance.

Oakes got his trainer’s license in 1984 and campaigned horses for his father in western New York for several years. He made the move to Pennsylvania and (then) Pocono Downs in 1992 and it was there his career took off. A very high-percentage trainer, Oakes has won multiple training titles at his home track of The Downs at Mohegan Sun Pocono and his horses have won a plethora of major stakes across North America.

In his career Oakes has sent 1,875 winners to post and has earned more than $28.8 million in purses. 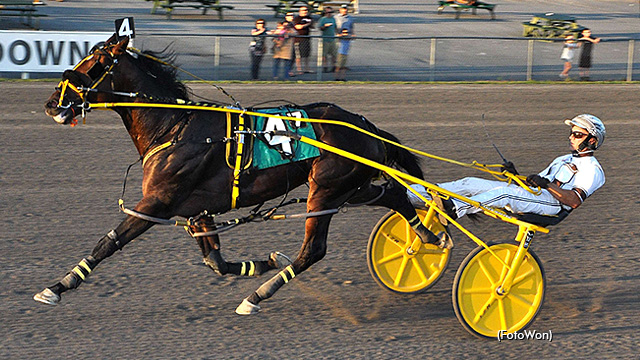 Shake That House won two out of three NYSS starts this year but went on a real tear in between. He won his elimination and then the final of the Max C. Hempt Memorial at Pocono in back-to-back miles of 1:49 and 1:49.2. Then two weeks after that he scored his lifetime mark of 1:47.4 in his second NYSS win taken at Vernon Downs. That time annihilated the track record for three-year-old pacing colts and was just one-fifth of a second off the all-time pacing track record there.

After a two-week rest, Shake That House had a qualifying tightener that he won in 1:53.1 in preparation for this start and comes in fresh for the race.

The $1.8 million New York Sire Stakes Night of Champions that are comprised of eight $225,000 races will be held at Batavia Downs on Saturday night (Sept. 14) with a first race post time of 6:00 p.m.

Peter Kleinhans will be the tracks guest host and handicapper for the in-house and simulcast broadcast and Heather Wilder will be in the Purple Haze Winner’s Circle interviewing the winners and all their connections after each stake race.

There will be two $7,500 guaranteed pools in both the early and late Pick-4 wagers that night and both will be all-stake Pick-4’s (races 3-6 and races 7-10). The pools are part of the United States Trotting Association’s (USTA) Strategic Wagering Program and free program pages will be available on the USTA’s website and through links on the Batavia Downs Facebook page when they become available.

There will be a T-shirt giveaway courtesy of the NYSS on Saturday night as well. Fans attending the races live only need to swipe their Player’s Club card at guest services starting at 4:30 p.m. to receive a ticket to get their shirt after the seventh race.

Drivers competing in the $1.8 million New York Sire Stakes Night of Champions at Batavia Downs on Saturday night (Sept. 14) will be available trackside for a meet and greet autograph session before the races get underway from 5-5:30 p.m. They will be set up next to the Purple Haze Winner’s Circle for this event.

"These guys have driven here multiple times this year and have developed quite a following from our fans," said Todd Haight, Director/General Manager of Racing.

"We hope they take the opportunity to come down and talk face to face with some of the best drivers currently competing in North America before they hit the track for the biggest night of racing in the history of western New York."