Melander On His Hambo, Oaks Starters 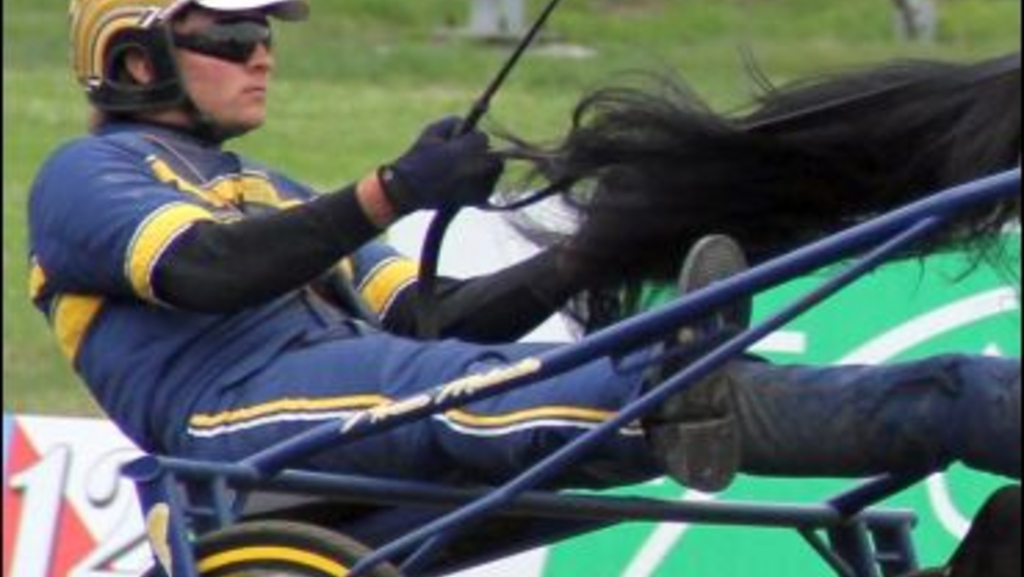 Marcus Melander will send morning line favourite Hypnotic AM to Saturday’s $600,000 Hambletonian Oaks at the Meadowlands Racetrack and, for the second year in a row, three horses to the $1 million Hambletonian.

Melander’s Hambletonian trio last year — Greenshoe, Gimpanzee, and Green Manalishi S — were the bettor’s top-three choices in the race won by Forbidden Trade. His group Saturday will lack the same backing -- each of his horses is 15-1 on the morning line -- but the 28-year-old Melander still relishes the opportunity to compete in harness racing’s premier event for three-year-old trotters.

“We all hope for that win, even though it’s going to be tough,” said Melander, who will send out Capricornus, Hollywood Story, and Rome Pays Off in the Hambletonian. “I don’t feel defeated with any of my horses because they’re all good. They just need the right trip to get up there.”

The Hambletonian is the first jewel in the Trotting Triple Crown. CBS Sports Network will air a delayed one-hour broadcast of the Hambletonian from 6-7 p.m. (EDT) Saturday. The stakes-filled card at the Meadowlands will get underway at noon. 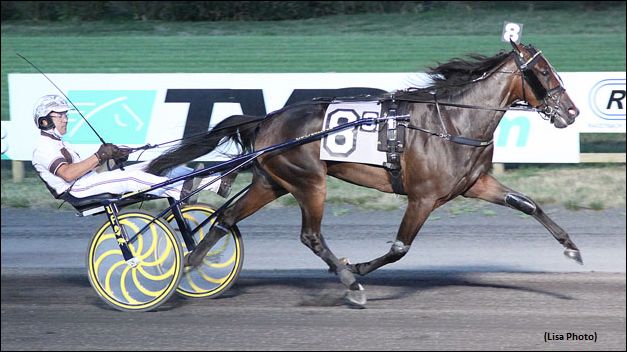 Hypnotic AM, pictured victorious at the Meadowlands Racetrack on August 1, 2020.

While Melander is sending out perceived longshots in the Hambletonian, Hypnotic AM has received the early nod in the Oaks, which is for three-year-old female trotters. Hypnotic AM, who is a winner of 10 of 13 career races and $624,725, is 5-2 on the morning line.

Hypnotic AM, a homebred daughter of Chapter Seven-Daydream AM S owned by Courant Inc., enters the Oaks off a 1:52.3 win in a prep race this past weekend at the Meadowlands. Eliminations were unnecessary for the Oaks, which attracted a field of 12 fillies.

Hypnotic AM and driver Brian Sears will start the Oaks from Post 12, which is in the second tier behind the starting gate.

“It is what it is,” Melander said. “It’s up to Brian, that’s why we have him. He worked it out perfectly with Gimpanzee from Post 13 (in the Hambletonian Maturity on July 18), so hopefully he can work something out here, as well.”

Hypnotic AM was last year’s New York Sire Stakes champion and she opened this season with two wins on the New York circuit, including the Empire Breeders Classic. She then finished third in the Del Miller Memorial, won by Ramona Hill in 1:50.3, on July 18 at the Meadowlands in her start prior to the Oaks prep.

“She got a tough trip and was interfered with, but she needed that race,” Melander said. “It’s been a little bit too easy on her in New York. She gets to the lead and has had some pretty soft halves and sprinted to the win. It was good that she got tired in that Del Miller race. That really helped her to get in form. We were very happy with her performance.”

Sorella, from the stable of trainer Nancy Takter, is the 7-2 second choice in the Oaks and Jim Campbell’s Next Level Stuff is 9-2.

As for the Hambletonian, Melander is happy with his horses heading into the final. The last trainer to have at least three Hambletonian finalists in successive years was Jimmy Takter, who accomplished it in 2013 through 2015. 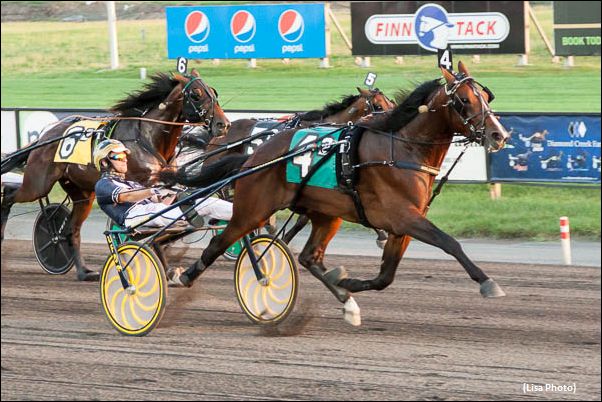 Rome Pays Off, pictured victorious at the Meadowlands Racetrack in the Geers Stakes on July 25, 2020.

Rome Pays Off, driven by Melander’s 24-year-old brother, Mattias, was fifth in his Hambletonian elimination after racing on the outside the entire mile. He won his first two races of 2020, including the Tompkins-Geers Stakes in 1:52.3.

Last season, the son of Muscle Hill-Order By Wish won three times on the Pennsylvania circuit and was second in both the Peter Haughton Memorial and Breeders Crown. He has won five of 15 career races and $392,934 for owner S R F Stable.

Rome Pays Off will start the Hambletonian from Post 8. Tony Alagna-trained Ramona Hill, who bypassed the Oaks to challenge the boys in the Hambletonian, is the 5-2 morning line favourite.

“It’s going to be hard to beat Ramona Hill,” said Melander, who was the 2019 Trainer of the Year in the U.S. “She’s going to be the favourite and should be the favourite. Behind her I think it’s pretty wide open. Rome Pays Off could be second, as could anyone else in the race. It’s an open race, in my opinion. 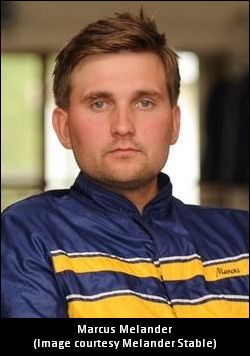 “[Rome Pays Off] drew a little bad, but he’s a nice horse and always shows up. I have nothing bad to say about that horse. He always does his best.”

“He’s still a little bit green, but he develops more and more with every race,” Melander said. “He started with some easier races and then we had to go to Grand Circuit competition to see if he was good enough to aim for the Hambo or not. He got a good draw. We’ll see.”

Capricornus, who finished second in last year’s William Wellwood Memorial and has won three of 15 career starts, finished third in his Hambletonian elim. He will start from Post 7 with driver Tim Tetrick. The son of Cantab Hall-Oh My Darlin is owned by JJ Racing Stable.

“Maybe he’s not the type that wins every week, but he always does good races,” Melander said. “The elimination was a race like that, as well. He got shuffled back and still had a lot of trot to the end.”