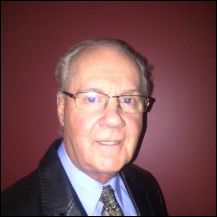 Mike was born in Hanover, Ontario on June 30, 1946, but he grew up in Ayton. He went to high school in Hanover and St. Thomas where he played Jr. 'B' Hockey. He went on to earn a degree in Economics from University of Guelph where he also played hockey for the Gryphons. He worked at Eaton Travel and went on to start his own business - Cambridge Travel - until his recent retirement in March of 2020. Mike enjoyed many years of playing both professional and recreational hockey. He was the first recipient of the Walter Rickard Memorial Award 1968-69 at the University of Guelph. He also played in the competitive International League with Fort Wayne Komets where he met his wife Sally, and then Port Huron Flags from 1968-1970. He played with the Hornets in Cambridge and chalked up an Allan Cup Win - 2 MVP awards and played on a couple of OHA Sr. 'A' All-star teams.

Mike owned a small farm in Puslinch, Ontario where his horses were stabled. He would often help jog them before heading to the office in the mornings, and enjoyed helping out in the paddock on race nights.

Mike was also involved as president of The Rotary Club for several years, a member of the board at The Cambridge Chamber of Commerce as well as CEO of the Cambridge Memorial Hospital Foundation and many travel Boards. Due to COVID-19 restrictions, a small funeral service was already held at St. Clements Church in Preston. Cremation has taken place and a celebration of life will follow at a later date. Condolences to the family and memorial donations to the Crohn's & Colitis Organization, Heart & Stroke, or Canadian Cancer Society may be arranged through Erb & Good Family Funeral Home, 171 King Street S. Waterloo at www.erbgood.com or 519-745-8445.

Please join Standardbred Canada in offering condolences to the family and friends of Mike Doersam.