Tioga's Richest Card Of The Season

Tioga Downs will present the richest card of its 2018 season at the “Jewel of the Southern Tier” on Sunday offering nearly $1 million in purses on the day.

The featured stakes include the $550,000 Empire Breeders Classic (EBC) three-year-old pacing finals, the $161,000 Artiscape and $143,000 Roll With Joe for FFA mare and horse pacers respectively and the third leg of the $60,000 (divided) Miss Versatility for trotting mares.

The Miss Versatility split into a pair of six mare fields as they continue to accumulate points toward the $110,000 final at the Delaware County Fair on Little Brown Jug Day, September 20. Broadway Donna, Celebrity Ruth, Ice Attraction and Barn Bella head up the contestants for Sunday’s races.

The EBC fillies (race seven) are led by Youaremycandygirl (Yannick Gingras) who continued her current form spree with an effortless 1:51 romp in her elimination last week. She leaves from post six for trainer Ron Burke and owner Bill Donovan in the $270,425 final. 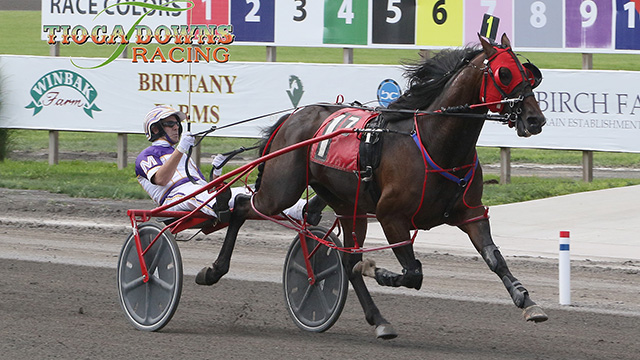 American History (Gingras) endured a long uncovered grind to win the other elimination, albeit two seconds slower than Courtly Choice. He’s been sharp recently and has landed post three for this race permitting the driver options to secure the type of trip needed to win. Tony Alagna trains American History, the fastest sophomore of the 2018 season by virtue of his 1:47 Meadowlands clocking in June for Brittany Farms, Marvin Katz and American History Racing.

All of the top older mares are in town for the Artiscape (race nine) with division leader Shartin N (Tim Tetrick) seeking to continue her season-long dominance over her rival distaffers. She won 13 of 17 starts and collected over $680,000 for owners Richard Poillucci and Jo Ann Looney-King with the Matchmaker, Roses Are Red and Lady Liberty on her seasonal resume. Jim King, Jr. is the trainer.

The pacing horses number but five in the Roll With Joe and include last year’s winning pair in Dealt A Winner and driver David Miller. 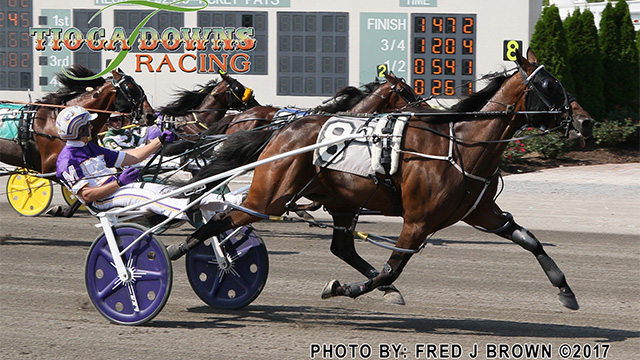 The now six-year-old is rounding into form of late and recently eclipsed the $1 million mark in career earnings for owner Jeffrey Snyder. Mark Silva conditions Dealt A Winner who will face stiff competition from a pair of Burke entries in Rockin Ron (Gingras) and the ageless All Bets Off (Matt Kakaley).