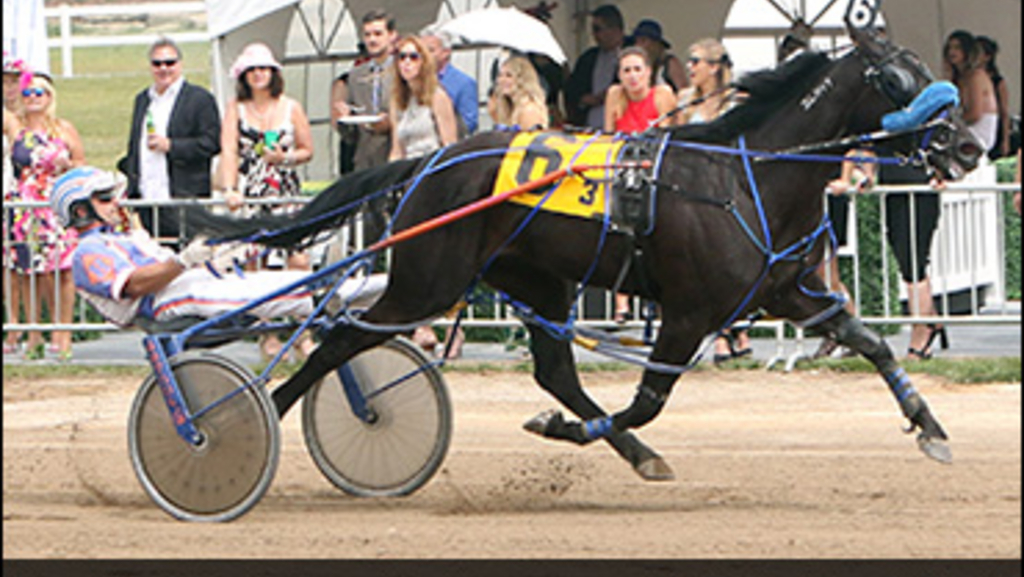 The 2016 Alberta Princess and Alberta Plainsman series finals are all set at Century Downs Racetrack and Casino. Last week's eliminations on Saturday and Sunday provided for some blowouts and some very interesting close races. The fillies will contest the Alberta Princess final on Saturday, July 9 while the boys will have their showdown on Sunday, July 10. Both finals have purses in excess of $55,000 up for grabs.

Toss a coin for this one. This final looks awfully tough with all three elimination winners loaded with talent. Jet Blue Burner looked gritty winning her elimination in a time of 1:58.1 for trainer/driver Travis Cullen, who also co-owns with Jodie Cullen, Keith Hannah and Dwayne Taylor. Jet Blue Burner used a first-over trip through fractions of: 58.2 and 1:27.1 before getting the lead and holding off the late-closing Glamorgal in the stretch to win by a head.

Monstrous has been on a roll and rewarded her backers with a healthy and somewhat surprising $18.50 on the $2.00 win bet. She notched her fourth straight victory in a time of 1:57.3 over 4-5 favourite Outlawsurshotshark (Cullen) by a short head. Warren Fuller owns and bred the Allamerican Navajo filly who has never been worse than second in all six seasonal starts, helping pad her $65,339 in lifetime earnings.

Divas Dragonfly was the top two-year-old Alberta filly last season for a reason. The fastest elimination time from last week belongs to Meadowlark Farms' homebred filly, who destroyed the field by a whopping nine and a half lengths in 1:57.2 with regular driver Jamie Gray guiding the Mystery Chase filly in the sulky for trainer Carl Archibald. That time was a personal lifetime best for this filly.

After some health issues early in year she may be peaking at the right time.

“That race was a walk in the park. She came out of it in great shape. But the final I feel is going to be a very fast race with a few horses looking for the front end, so we may have to come from off of it,” commented owner/trainer Carl Archibald. “Cullen has two horses in there and he will be tough.”

Archibald hopes the front end does not run away with it.

“If the front end horses get too far in front, we may have a tough time making up any ground,” warned Archibald. With possible showers in the forecast for late Saturday afternoon, those conditions won’t be a factor. “Rain does not bother her at all.”

Consideration obviously has to be given to top driver/trainer Travis Cullen’s other entrant Outlawsurshotshark, who lost by a scant head to Monstrous in her elimination. Her stakes debut was a winning one on June 11 in the $14,000 Wild Rose division for Cullen, his father Ron and the Don Byrne Stables Inc. The daughter of Smart Shark-Fox Valley Cherish was unraced as a two-year-old and was a private purchase for the Cullen barn from Connie Kolthammer's Outlaw Stables earlier this year. She will demand attention from the bettors.

Punters looking for some value could look to the aforementioned Glamorgal (Gerry Hudon) who used a two-wide trip to close in from the seven hole on Jet Blue Burner in the first elimination losing only by a diminishing quarter of a length.

Look out for Blue Star Jet (Blue Burner-Movin Uptown). Bet down to the even money favourite, he punished the opposition in a sizzling 1:54.4 victory in the first of three $5,000 Alberta Plainsman eliminations for three-year-old male pacers. Sent from post six he carved out splits of: 28.4, :58.4 and 1:26.3 and used a quick :28.1 final quarter on route to an authoritative victory.

His winning time was a new track record for three-year-old geldings, lowering his own mark by one full second. Wrangler Cash (Hoerdt) could only chase Blue Star Jet all around the track and was never a threat in his runner-up effort.

“'Jet' was definitely impressive last week doing what he wants to do which is to go straight to the front. I believe it’s the first time in his racing career that no horse could close any ground on him,” advised trainer Rod Hennessy.

The connections are keeping their fingers crossed that no health issues reappear for their superstar. “We are hoping his allergies do not flare up, otherwise he will regress. I left him in Calgary and I am sure Mike has been working on him everyday,” said Hennessy.

Blue Star Jet is owned by trainer Rod Hennessy and Edmonton's Lorne Duffield. A $12,000 yearling purchase, Blue Star Jet’s resume is superb as he now has seven victories in his 14 career starts for earnings in excess of $73,000.

A major threat may be yet another son of Blue Burner, Outlaw Turn N Burn (Blue Burner-Penny Lace) who won his elimination in 1:56.1. From the rail, Outlaw Turn N Burn was treated to a sweet pocket trip. The favourite in that race was Blue Star Jet’s stablemate Blue Star Maverick, who ended up second. He may have had an excuse for not delivering.

“He warmed up very dull that day. I think he had a touch of some sort of virus but I think he will be much better for the final,” said Hennessy.

Blue Star Maverick also had a tough start in addition to not feeling 100 percent as Hennessy had him fighting it out early in the race with Trustee (Nathan Sobey), only to be gunned down in the lane by Outlaw Turn N Burn, who sprung from the two-hole and blew by Blue Star Maverick in the stretch. Make It Big came on to complete the triactor. Outlaw Turn N Burn shared the track record last year for two-year-old pacing colts with a time of 1:56.3, equaled by Outlaw Gettinrdone.

Prairie Mystic (Mystery Chase-Twin B Magical) must enjoy a heavy workload. Making his third start in just twelve days, he was the other elimination winner in 1:58. The 2-1 favourite used a three-hole trip for trainer/driver Brad Watt and eventually down the front-runner Keep Coming to post the win.

Century Downs Racetrack & Casino is set to feature eight races this Friday, with a post time of 5:45 p.m. Saturday and Sunday will see ten dashes set with a first race post time of 1:10 p.m. scheduled for both days.