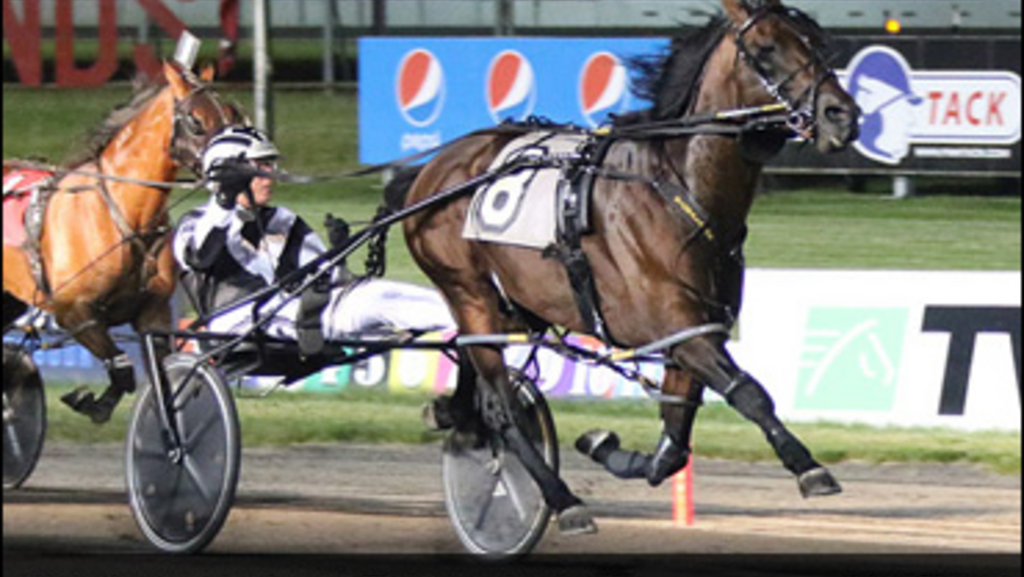 Silence is golden. At least it can be for Charlie Dombeck when it comes to Highalator.

“He leaves me speechless,” Dombeck said when discussing the five-year-old stallion, who brings a five-race win streak to his Ben Franklin Pace elimination Saturday (June 22) at The Downs at Mohegan Sun Pocono. “I don’t mind being speechless for another few weeks.”

Highalator has won eight of 16 races this year, earning an already career-best $153,310. He has won seven of his past eight starts, with a second-place finish by a half-length preventing him from being unbeaten during that span, which included three triumphs in the Golden Receiver Series and one in the Great Northeast Open Series.

On Saturday, he tackles the Grand Circuit for the first time since last year’s Graduate Series. Highalator is the 5-2 morning-line favourite in the first of two Ben Franklin eliminations, starting from post four with Richard Still driving for trainer and co-owner Jenny Bier. Levy Series champion Western Fame is the 3-1 second choice.

“I’m going to be interested to see how he goes with these horses,” said Dombeck, who shares with Daryl Bier the breeding credit on Highalator and whose wife Joann is among the stallion’s owners. “Really, I shouldn’t say I’m shocked, but I’m really very excited about the way he’s racing. I think he’s the best he’s ever been in his life. I think he could have a hell of a year.”

In 2018, Highalator won a preliminary round of the Graduate Series and finished sixth in the final from post 10. For his career, the son of Somebeachsomewhere-Higher And Higher has won 29 of 62 races and $429,028. He is owned by Bier, Dombeck, and Midsize Construction Inc.

“I’m happy for Jenny, she’s done a great job. He looks so beautiful when he’s going, he’s got his head up and he’s straight; maybe I’m a little prejudiced. And Ricky Still has done some job. Nobody could have driven him any better than he’s been driving him. He’s got a lot of confidence in the horse.”

The top four finishers from each Ben Franklin elimination plus the fifth-place finisher with the highest 2019 earnings advance to the $500,000 final on June 29 at Pocono.

“I just want to be in the hunt at the end of the stretch,” Dombeck said. “I’ve been in this game long enough to know (the ups and downs). When they’re doing good, ride it, and that’s it. Just hope for the best.

“It will be fun. Whatever happens he’s a nice horse.”

The second Ben Franklin elimination finds McWicked, the 2018 Horse of the Year in the U.S. and Canada, as the 5-2 morning-line favourite. Lather Up, a two-time winner in this year’s preliminary rounds of the Graduate Series, is the 3-1 second choice.

McWicked is making his third start of the season. He won his debut before finishing third in last week’s Mohawk Gold Cup Invitational off a nearly one-month layoff.