Hypnotic AM Ready For Return 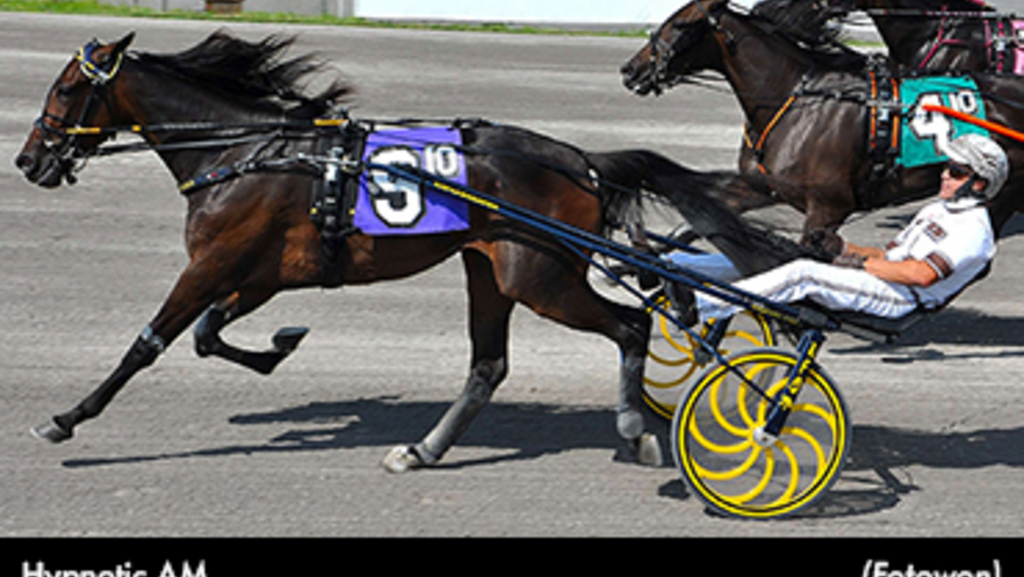 Marcus Melander is enchanted with Hypnotic AM, and it is easy to understand why. Now ready to begin her four-year-old season, the trotting mare has earned $1.15 million in her 22-race career, winning 12 times and finishing off the board only once.

Hypnotic AM launches her campaign Saturday (May 8) in the first of two $30,000 divisions of the Miss Versatility Series for older female trotters at The Meadowlands. She is 7-2 on the morning line, third choice behind Breeders Crown champion Next Level Stuff at 5-2 and 2019 Hambletonian Oaks winner When Dovescry at 3-1.

“She had a good winter and I’m very happy with how she’s coming back,” said Melander, who trains the homebred mare for Courant Inc. “She’s always been a nice horse, from day one, honestly. You don’t make over $1 million if you’re not a good horse. She’s always produced. I couldn’t be happier with what she’s done in her career.”

“She maybe is missing that big, big win, but it’s hard to complain about her,” Melander said. “I thought she was very good in the Oaks; she just had a bad post (starting from the second tier, post 12). She’s always right there.”

The daughter of Chapter Seven and Daydream AM S goes to the Miss Versatility’s opening round off a 1:54.4 win in a qualifier April 24 at The Meadowlands. She will have regular driver Brian Sears in the sulky.

“She had just one qualifier, but I think it’s enough,” Melander said. “We trained her a couple of times at The Meadowlands. She’s not going to be in top form but she’s a nice horse and she should be all right to race.

“She can do everything you ask, and she is so professional out there. You can leave, you can sit behind a horse — she’s so versatile. She has a lot of speed; she’s strong. She’s just a sweetheart.”

Next Level Stuff, who won the Breeders Crown for three-year-old fillies last year, heads to Saturday’s start off a second-place finish against mostly male foes in a high-level conditioned trot in her seasonal debut on May 1 at The Big M.

Absattitudexpress, trained by Lucas Wallin, is the 5-2 morning line favoruite after capturing the New Jersey Breeders Maturity last week. Sorella, who had five Grand Circuit victories last season for trainer Nancy Takter, is 3-1. She is making her seasonal debut.

Saturday’s 13-race card also includes the first starts of the year for Meadowlands Pace hopefuls Abuckabett Hanover and Exploit, plus four-year-old Grand Circuit stakes winners Fortify and No Lou Zing. Tattoo Artist, an O’Brien Award winner in 2020, is making his second start after a fourth-place finish in a division of the Graduate Series for pacers.