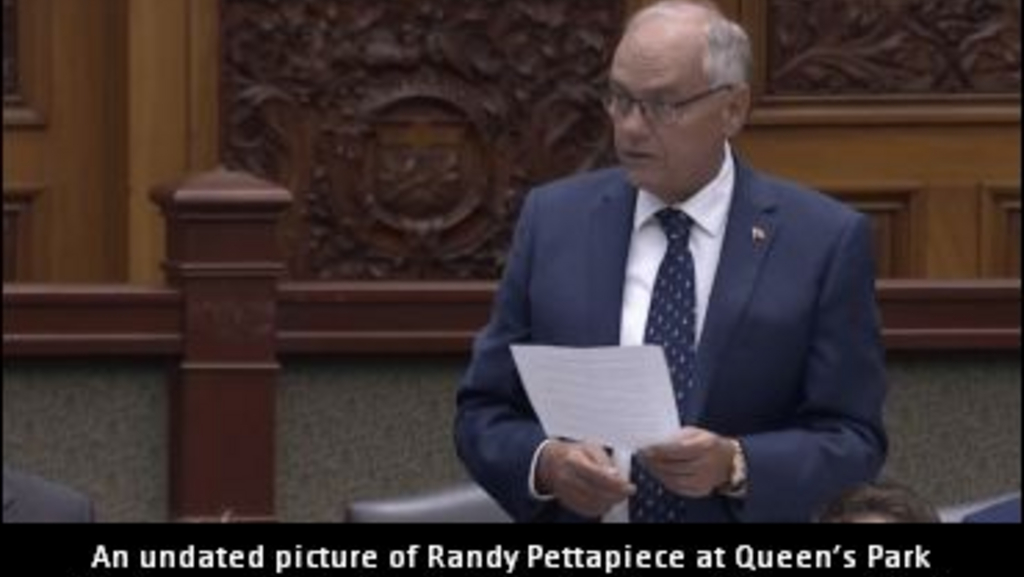 On Wednesday (May 2), Ontario PC Caucus horse racing critic MPP Randy Pettapiece questioned the government about the 19-year funding agreement that has been presented to the Ontario horse racing industry.

The PC Party has pointed out that the agreement has been presented to the Ontario horse racing industry just prior to the start of an election campaign. The Ontario Government opted to set a May 1 deadline for tracks to sign on to the funding deal.

“The Liberal government is trying to strong-arm the horse racing industry into accepting a deal that might hurt them in the long run,” Pettapiece said during question period in the legislature. “Why is this government playing politics with horsepeople’s livelihoods, and pressuring them to sign onto a 19-year agreement in the final weeks before an election?”

Pettapiece claimed that the government created the funding agreement without giving horsepeople a chance to provide meaningful input. The Ontario Government reiterated that the interests of rural tracks and rural horsepeople are represented on the new board of Ontario Racing, which was recently announced.

“We have now strengthened and sustained horse racing and breeding by putting together a $105-million, 19-year agreement,” said Ontario Finance Minister Charles Sousa. “We have also provided an Enhanced Horse Improvement Program that is extended year over year by OMAFRA. We have a new Racetrack Sustainability and Innovation Fund of $6 million over three years to support regional racetracks to innovate, diversify and expand their revenue sources. And, OLG is providing additional funding to supplement those racetracks that may be experiencing shortfalls and enable long-term decisions about horse breeding. We have established a new board – the Ontario Racing Board will now be responsible for all the strategic plans and will also provide the service provider to ensure that those funds are transparent and accountable. And we are making it that there will have to be horse breeders on that board; and small tracks on that board… and an independent chair.”

During the question period, Pettapiece asked “What happens if one or more racetracks refuse to sign (the funding agreement)? Will the government cut off their funding?”

“The reason that we chose 19 years and a total of $2 billion over those years is because when you have insight on the Ontario horse racing industry it works on a cycle,” explained Ontario Agriculture Minister Jeff Leal. “It’s usually three to four years before a Standardbred horse or a Thoroughbred horse is born to the time it is trained or actually gets to the track. So anything shorter than 19 years, you don’t have the confidence of the industry. One of the things that this government wants to do to make sure there is a future path for all 15 tracks in the province of Ontario.”

On Wednesday, Pettapiece stated, “The idea that racetracks and horsepeople need to be locked into a 19-year agreement is total bunk,” adding, “At best, it shows the Liberals are massively out of touch with the industry and the needs of horsepeople.

“At worst, it shows the government wants to jam the industry into a long-term deal that will be very good for casinos – but could also spell the end for many community racetracks,” he added.

MPP Pettapiece pretty much nailed it on the head!

slots first horsemen second, when will the horse racing industry start lobbying the other alternatives???