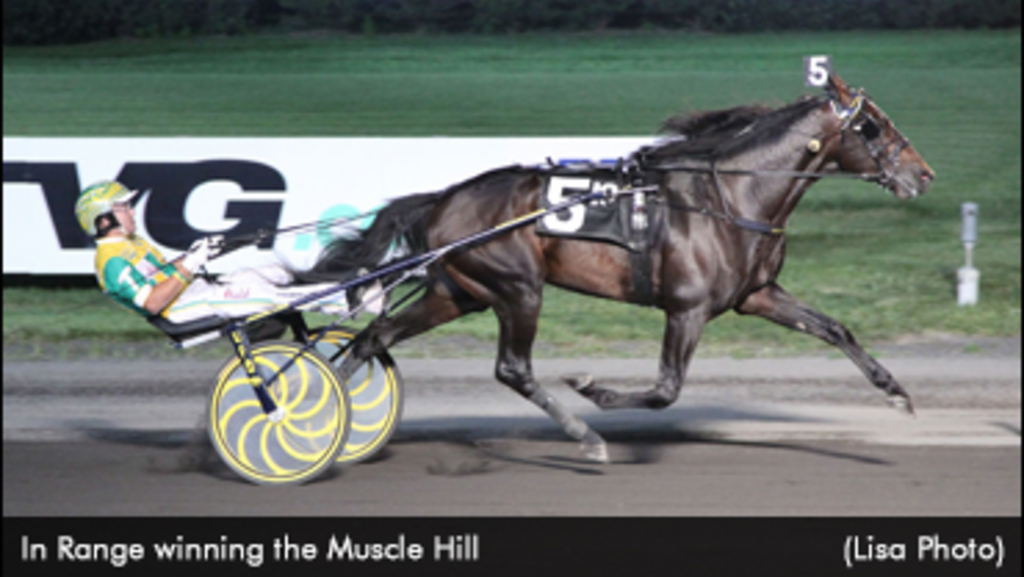 Three-year-old trotting colt In Range, the richest son of Bar Hopping, will stand stud in 2022.

A $185,000 yearling purchase, In Range, as a two-year-old, finished first or second in nine of his 10 starts with earnings of $411,003, highlighted by his Breeders Crown elimination victory and second-place finish in the $600,000 Breeders Crown final, along with multiple Pennsylvania Sire Stakes victories.

He comes from a family of proven two-year-old speed, making him an ideal stallion for Ohio.

At three, he took his mark winning the Muscle Hill Trot at The Meadowlands and was a top contender in the Yonkers Trot, Canadian Trotting Classic, Breeders Crown and Matron Stakes.

Syndication of In Range is currently in progress. The cost of a share is $10,000, which entitles the shareholder to two breedings per year for the first four breeding seasons. Hickory Lane Farm anticipates that shares will sell quickly.

(With files from Hickory Lane Farm)