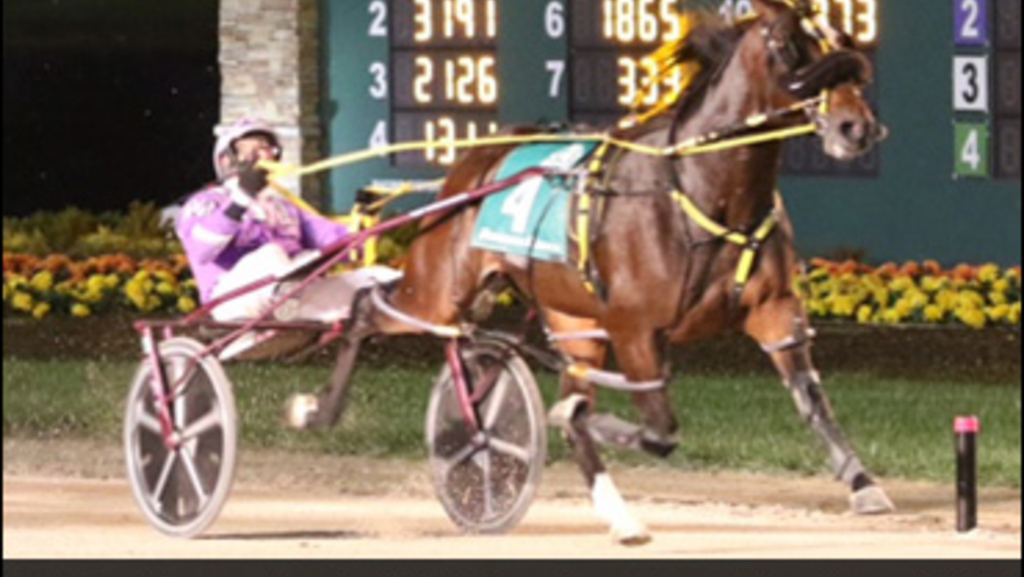 Nearly a week after watching Split The House win the $421,000 Breeders Crown Open Pace, owner Michelle Crawford of Crawford Farms Racing was still having a hard time putting the victory into words.

“I don’t think it has hit me yet,” said Crawford earlier in the week. “It’s emotional. You know, this horse had so many obstacles. He didn’t race at two, he had a bone bruise last year, and he’s been unlucky. But to win our first Breeders Crown with him...to me, it’s so special.”

For Michelle and Al Crawford, the path from the Breeders Crown in Hoosier Park has led to Sunday’s $100,000 Potomac Pace at Rosecroft.

Split The House, 8-1 in the Breeders Crown, won’t have any easier time of things Sunday in the Potomac Pace. His opponents will include defending champion All Bets Off, Breeders Crown elimination winner and third-place Open Pace finisher Mach It So, and Levy Memorial Pacing Series and Ben Franklin winner Keystone Velocity.

The lightly-raced Split The House was purchased by the Crawfords in September of 2015 from previous trainer James 'Friday' Dean, who co-owned the colt with Scott Horner and Peter Milligan.

“When we had the opportunity to purchase him we were so excited,” Crawford said. “He’s a beast, he’s a beautiful horse. But he’s had some obstacles. But [trainer] Chris [Oakes] has done an amazing job with him. He had him swimming twice a day. Whatever issue they have we always take our time with them.”

Split The House had only five starts this year leading up to the Breeders Crown.

“I’d rather shut them down and take care of them so they come back,” Crawford said. “There’s the old adage that they, or any athlete, is like a bar of soap. The more you use them the less there is.”

Patience has paid off for Split The House and the Crawfords. Having grown up on his family’s farm in upstate New York, Al along with Michelle have expanded their property and racing stable over the past dozen years. They currently have 72 mares and more than 60 racehorses. They even managed to extend their holdings into Thoroughbred racing, winning the Grade 1 Vanderbilt at Saratoga earlier this year with El Deal.

But the focus this weekend is Rosecroft and the Potomac Pace. “We’re looking forward to it,” Crawford said.

(with files from Rosecroft)