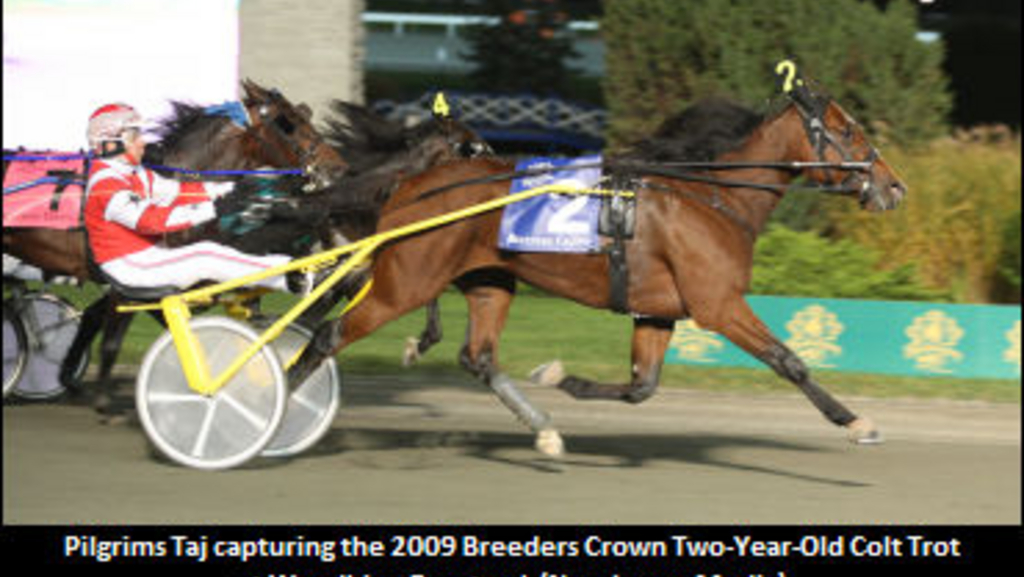 . "To have a Breeders Crown champion trotter join our stallion ranks in our inaugural season is very, very exciting," stated the farm's co-owner Joe McLead. "And it's great for the state of Ohio, also!"

At two, Pilgrims Taj completed one of the most dominant freshman seasons in recent history. In 10 starts he won seven times and finished second in the other three, with notable victories coming in the Breeders Crown (elimination and final), PASS Championship, Valley Victory elimination and Peter Haughton elimination. He also had close second-place finishes in the finals of the Valley Victory (to Lucky Chucky) and the Peter Haughton (to Holiday Road). He was dominant all season, earning $746,939 in a very competitive crop which also included Muscle Massive and Il Villaggio.

At three, Pilgrims Taj was a multiple PASS winner and tied the track record at the Meadows (1:55.2f) in a division of the Keystone Classic. But it was in his Hambletonian elimination where he established his lifetime mark of 1:53.3 while defeating eventual Hambo winner Muscle Massive.