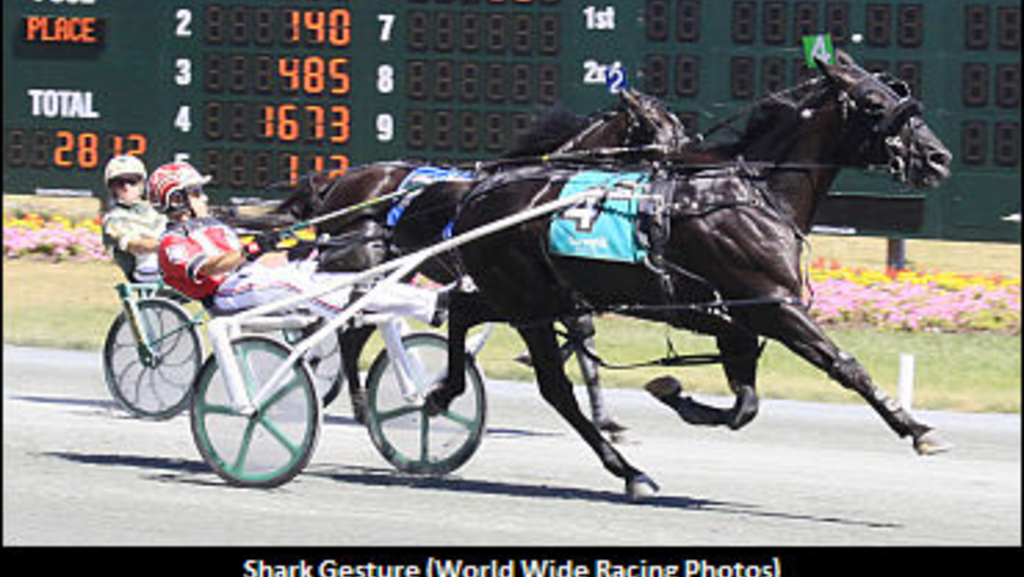 . He will be standing for $6,000 and will be available for syndication.

Shark Gesture had a successful race career taking marks of p, 2, 1:51.3; 3, 1:49.1; 1:48.1 and earning $2,890,594. Shark Gesture proved to be a tough racehorse at all ages. At two, Shark Gesture’s victories included the Bluegrass, Simpson Stakes, and an elimination of the Breeders Crown. He was second in the International Stallion Stakes. At three, he won the final of the Breeders Crown, Tattersalls Pace, Bluegrass Stakes, Simpson Stakes, and Progress Pace. As an aged horse, he then went on to win the New Hampshire Sweepstakes, William R. Haughton Memorial two years in a row, final of the Canadian Pacing Derby, his Graduate Series elimination and the subsequent final, the Dan Patch Invitational Pace, and was second in the U.S. Pacing Championship.

Shark Gesture’s oldest crop is now two. From a limited first crop of 43 Ontario-bred foals, they sold as high as $82,000.