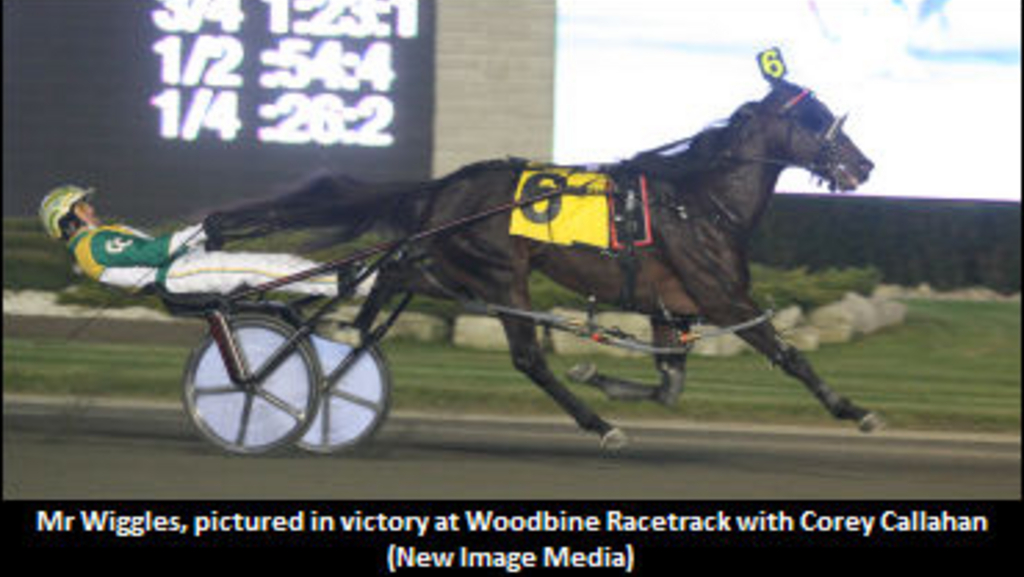 Sugar Valley Farm of Delaware, Ohio, in conjunction with George Teague and Elmer Fanning are excited to announce that Mr Wiggles will be joining, the previously announced, Woodstock on the Sugar Valley Farms stallion roster for the 2012 breeding season

At two Mr Wiggles was a multiple stakes winner, winning five of seven starts and taking a mark of 1:53.3f.

At three Mr Wiggles danced in all of the big dances, with his biggest victory coming in the $500,000 Hoosier Cup. He won eight races in total as a sophomore, with other victories coming in the $100,000 DSBF final, Hempt elimination, North America Cup elimination, Reynolds Stake, Adios elimination, and Breeders Crown elimination. In the Breeders Crown final, after a tough first-over journey, he ended up second beat just a half length to If I Can Dream, but he defeated seasonal champion Well Said in the process.

As an aged pacer Mr Wiggles won multiple legs of the Levy at Yonkers Raceway before retiring at the end of 2010.