Schnittker To Be Honoured

When the Monticello – Goshen Chapter of the United States Harness Writers hold their 59th annual awards banquet on Sunday, December 3, 2017, Ray Schnittker will again be the talk of the town. The New York horseman will receive the organization’s highest honour: The Lifetime Achievement Award.

Having been a fixture around Goshen Historic Track and wherever top harness horse’s are raced, ‘Rockin’ Ray’ and his Grand Circuit stable have amassed over $37 million in purse earnings since calling the ‘Cradle of the Trotter’ home. 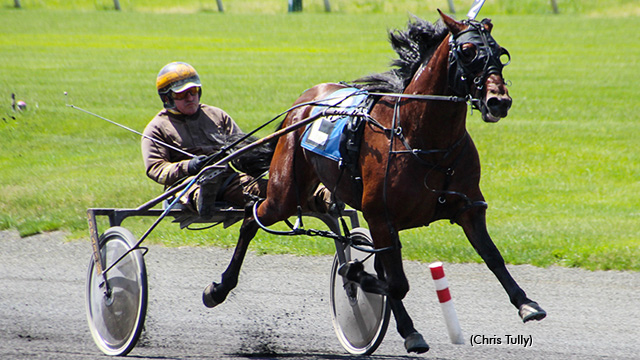 As a driver, he has won over $42 million and 2,761 dashes, often dominating the lucrative New York Sire Stakes.

In 2008, when his undefeated three-year-old trotter Deweycheatumnhowe swam, rode and drove his way into Hambletonian stardom, Ray was in the driver’s seat.

Although Schnittker may be best known for his association with the aforementioned $3 million dollar-winner, he has managed to develop a top horse nearly every season since.

The 2017 season was no exception. Schnittker’s star three-year-old pacer, Huntsville, earned over a million dollars and won both the Meadowlands Pace and the Cane Pace at the Meadowlands while battling with some of the best colts in the country. A world champion at two, the son of Somebeachsomewhere won eight races with four seconds from 14 starts this year.

Schnittker has developed other world champions and multiple stakes winners such as, Check Me Out, One More Laugh and Covert Action, just to name a few.

Tickets for the gala event can be reserved by contacting Shawn Wiles at 845-794-4100 Extension 458 or email [email protected].