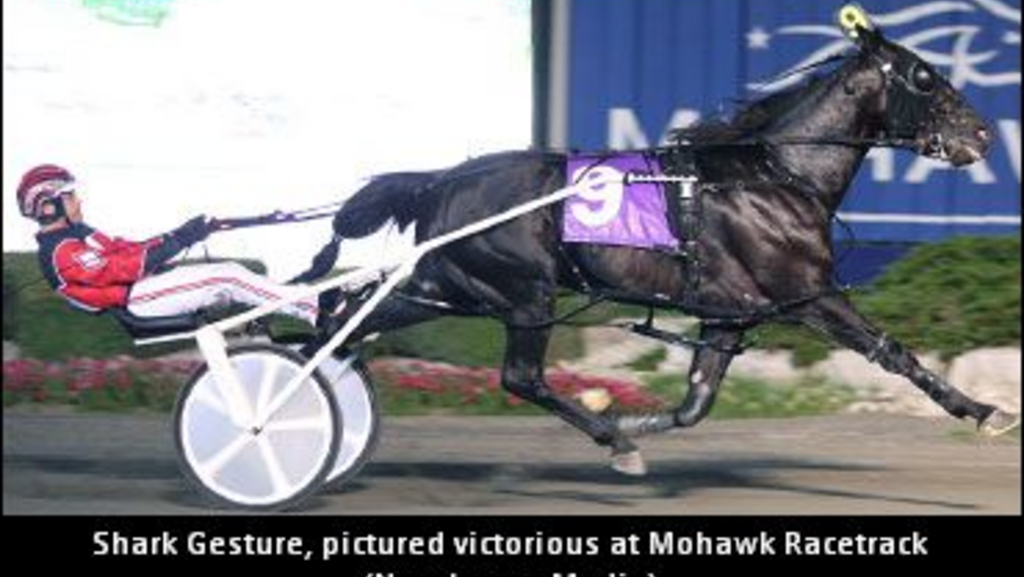 Stallion owners Norman Smiley, Gerald Smiley and TLP Stable, along with Abby Stables owner Marion Beachy, have announced that Shark Gesture, the richest son of Cams Card Shark, will be standing the 2014 breeding season at Abby Stables in Sugarcreek, Ohio.

As a two-year-old, he was the winner of a Bluegrass Stakes division (where he took his two-year-old mark of 1:51.3), the Simpson Stakes, and an elimination of the Breeders Crown at the Meadowlands Racetrack.

At three, he was the winner of the Breeders Crown final at Woodbine Racetrack, the Tattersalls Pace (where he set his three-year-old mark of 1:49.1), the Bluegrass Stakes, the Simpson Stakes, and the Progress Pace at Dover Downs.

Shark Gesture went on to shine as an older horse, winning the New Hampshire Sweepstakes, the William R. Haughton Memorial two years in a row, the Canadian Pacing Derby final where he set his lifetime mark of 1:48.1, became a two-time winner of the Graduate Series, the Dan Patch Invitational Pace, and set the track record at Tioga Downs of 1:48.3 in the Bettors Delight.

Shark Gesture will stand for a fee of $3,000. Multiple mare discounts may apply.