All Systems Go For Chris Ryder 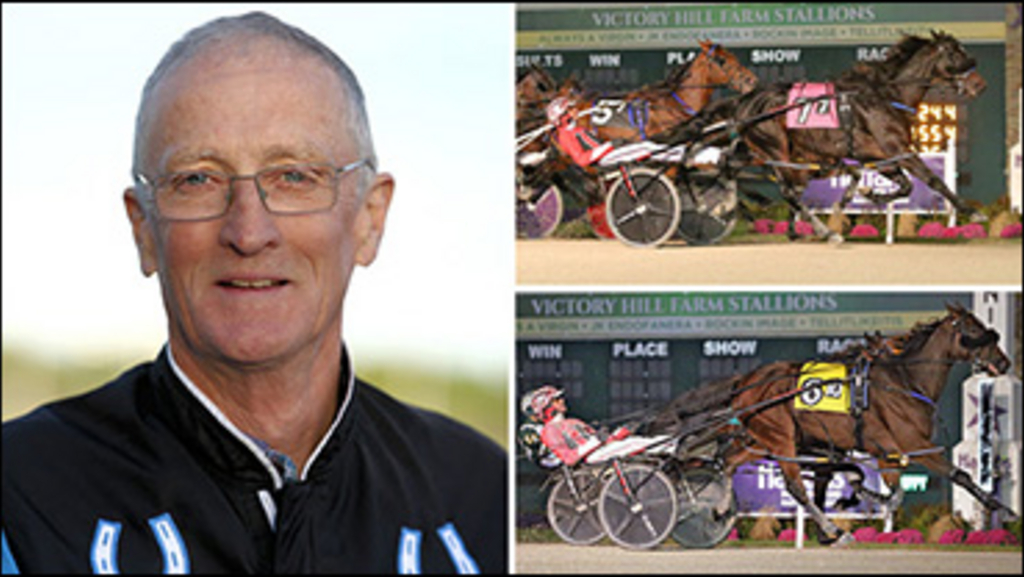 Chris Ryder says having a horse like Bettors Wish is probably the highlight of his career as a trainer. Having another like Party Girl Hill is not far behind.

“That’s exactly right,” Ryder said. “It’s great to have two horses like this.”

Party Girl Hill is the No. 2-ranked horse in the Hambletonian Society/Breeders Crown poll, behind three-year-old male pacer Tall Dark Stranger. Bettors Wish is No. 8.

Bettors Wish, co-owned by Ryder, has won five of 10 races this year and $384,732. His triumphs include the Sam McKee Memorial, Dayton Pacing Derby, and Allerage Farms Open Pace. He was second in the Dan Patch Stakes.

For his career, the son of Bettors Delight-Lifetime Star has won 23 of 41 starts and $2.48 million. He led the sport in earnings in 2019 with $1.75 million and was the Dan Patch Award winner for best three-year-old male pacer.

At the end of the season, Bettors Wish will retire to stallion duties at Diamond Creek Farm of Pennsylvania.

“Bettors Wish is probably the highlight of my training career,” Ryder said. “He’s like part of the family. He’s got such a great personality, I really appreciate him around the barn, and he just keeps coming out and producing time after time. Right now, he’s just got a couple starts left. Then you realize it’s going to be done. It’s going to be bittersweet. But we’re pleased it’s working out the way it is.

“He’s going to retire sound and at the top of his game. He’s got a great gait, a great attitude, a big heart, he knows how to win, and he’s from a great family; I don’t know what more people could want in a horse. He’s going to be a popular stallion. It’s going to be fun to see his babies.”

Last year in the Breeders Crown, Bettors Wish finished second by a head to Dancin Lou. This year, he starts from post nine, the outermost spot on the gate. He brings a three-race win streak to the final.

“No matter how it goes, he’s the horse to beat,” said Ryder, who has won four Breeders Crown trophies in his career. “He had the seven (post) in the Allerage and eight in the Sam McKee, and he got the job done. He’s real good at the moment. If he stays healthy, I think people are going to see something pretty good.”

Something pretty good could be in store with Party Girl Hill, as well. Unraced at age two because of an injury, she has dominated at three. Her victories this season include the Fan Hanover, Jugette, Pennsylvania Sire Stakes championship, and Tattersalls Pace division, where she became only the second pacing filly to beat male rivals in a race worth at least $100,000 in the last 30 years. She won her Jugette elimination in 1:49.3, the first sub-1:50 mile on a half-mile track by a female pacer in history.

“It’s all systems go,” Ryder said. “It’s not like she’s done a lot of easy races, they’ve all been top of the line.

“She’s a phenomenal filly. I feel confident going into (the final), although there are some tremendous horses here. She has many qualities. She’s got class. She’s got speed and she can relax. She’s got it all. She is versatile and takes everything that comes at her. She’s undefeated, you can’t beat that.”

Lyons Sentinel, the 2019 Dan Patch Award winner for best two-year-old filly pacer, is the 9-2 second choice in the Crown final. Peaky Sneaky is 5-1.

The 2020 Breeders Crown, presented by the Libfeld-Katz Breeding Partnership, is the 37th edition of the $6 million event. Standardbred Canada will feature a live video stream along with live coverage of the 2020 Breeders Crown cards from Harrah's Hoosier Park. First post time for both cards is 6:00 p.m. (ET). To view program pages for the Breeders Crown cards, click on one of the following links: (please note that the file size for each is more than 19MB)