Katz On His 'JK' Crown Fillies 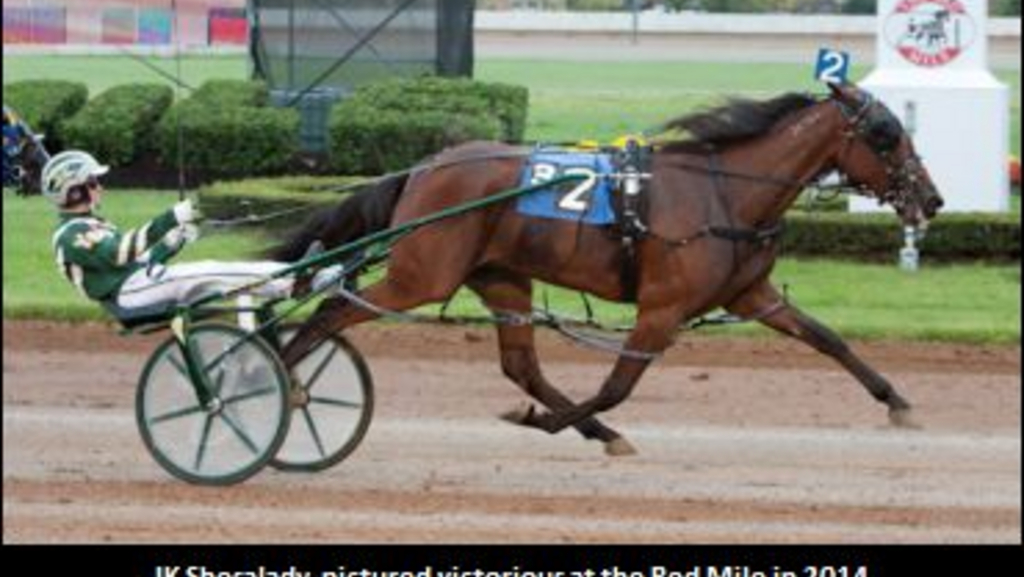 JK Shesalady was a Breeders Crown champion in 2014, and as a mom she might have two daughters equal that accomplishment by the time this weekend is over.

Six years ago, JK Shesalady went undefeated in 12 races and became the only two-year-old pacing filly in history to be voted Horse of the Year. Flash forward to this weekend, when her first two foals will be in the Breeders Crown finals at Harrah’s Hoosier Park Racing & Casino.

“It’s fantastic, we look forward to it,” said Alan Katz, who with brothers Ron and Steve comprise the breeding and ownership group. “We foaled the whole family, so to have two in the Breeders Crown from the same mare is unbelievable. She was a fantastic filly and her first two foals are fantastic.”

Adding to the close-knit environment is the fact that Nancy Takter has trained both JK Shesalady and her fillies.

As always, Takter provides the good vibes heading into the race.

“I’ve known Nancy for seven years and she is super optimistic,” Katz said. “Everything is wonderful, terrific, couldn’t be better. She’s optimistic at all times. But you need racing luck, everybody knows that. There are no locks in this business. Every week something different can happen. You’ve got to draw lucky, don’t get sick, and have a good race.” 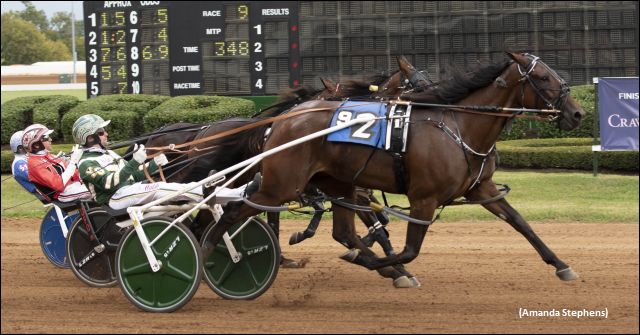 JK First Lady (2), pictured victorious at the Red Mile on October 4, 2020 in the Bluegrass Stakes.

JK First Lady, by Western Ideal, has had her share of good races, as she has won nine of her 22 career starts. She has hit the board a total of 19 times and earning $623,231. She has been no worse than second in her last nine races, and has won four of them. Her losses have come against either Party Girl Hill or returning Dan Patch Award winner Lyons Sentinel.

She finished second to Lyons Sentinel in their Breeders Crown elimination. She is 10-1 on the morning line for Saturday’s final, where unbeaten Party Girl Hill is the 2-5 chalk.

JK Alwaysbalady, by Always B Miki, won her elimination and has two firsts, two seconds, two thirds and $79,407 in purse winnings from eight starts. She is the 7-2 second choice behind Fire Start Hanover (3-1) in Friday’s final.

In comparing the two, there is no comparison according to Katz.

“They’re completely opposite horses,” he said. “Nancy explains to us that 'First Lady' is aggressive, she’s got a great attitude.

“The other one is lazy. You’ve got to ask her to go. But she’s getting better and better. The last three starts she’s starting to catch it. In the beginning she was a little slow learning. She’s big, she was overweight, but the hot weather, racing every week gets her in better shape. Now she’s as good as we were hoping she was going to be. We’re happy going into the race with both of them, but they are completely opposite.”

Physically, JK First Lady is not as big as her sibling, but both are well bred and will join the 3 Brothers broodmare band when they retire.

Katz is careful when making comparisons between the fillies and their dam.

“It’s hard to do,” he said. “JK Shesalady won 12 out of 12, that doesn’t really happen. I know Party Girl (Hill) obviously has done it, but that’s a once in a lifetime horse. When do you get a horse that goes 12 for 12? It’s hard to compare them. You’re only going to be disappointed if you try to compare anyone to JK Shesalady.”

When asked to compare their racing styles, Katz said, “JK Shesalady could do anything. 'Alwaysbalady' we’re very careful with, to make sure we don’t leave with her too much and keep her nice and quiet. In fact, we make sure to do that with both of them, and not get them too hot.”

As for their attitude, JK First Lady easily has more of her mother’s traits.

“With Alwaysbalady, you’ve got to make her do it,” Katz said. “The other filly, she’s aggressive, she’s on the iron.” 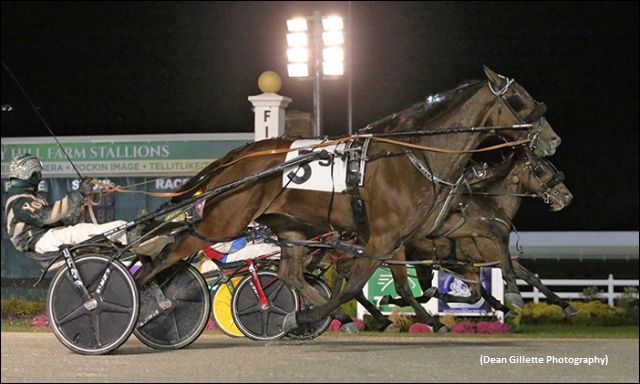 One thing they have in common is good health.

“They’ve both been pretty sound,” Katz said. “They’ve gone through the whole year and they haven’t really been sick and stuff like that.”

When it comes to who has the better chance of winning this weekend, the owner gives his two-year-old the nod.

“Truthfully, anyone could win it,” Katz said. “Without (Test Of Faith) in there it’s an open field. There’s no standout. Some of those fillies that were good a month ago haven’t been racing that well in the last two starts, so...

As for JK First Lady, Katz said, “We know it’s going to be tough to beat Party Girl Hill. Unless she has a bad day, I don’t think any filly can beat her. Obviously, Party Girl Hill is in another league right now. We’ll be tickled pink to get a good cheque in there.

“But nothing’s ever a lock. You never know how a horse is going to wake up that day. It’s tough to stay undefeated. Like in any sport, it’s tough to win them all. You’ve got to be really, really lucky to be undefeated.”

The Katz brothers hope good fortune finds them this weekend. With Takter, they have a four-time Breeders Crown winner whose stable this season ranks No. 2 in North America with a career-best $5.77 million in purses.

“Nancy’s having a great year,” Katz said, “so we’re hoping her luck continues.”

Harrah’s Hoosier Park will host the four $600,000 Breeders Crown finals for two-year-olds on Friday. The remaining eight finals, for three-year-olds and older horses, will be contested on Saturday. Racing will begin at 6 p.m. (EDT) on both nights.

The 2020 Breeders Crown, presented by the Libfeld-Katz Breeding Partnership, is the 37th edition of the $6 million event. Harrah’s Hoosier Park will provide a free live high-definition streaming of the races on YouTube.

(Somethingbeautiful will start from the second tier)

(New Year will start from the second tier)