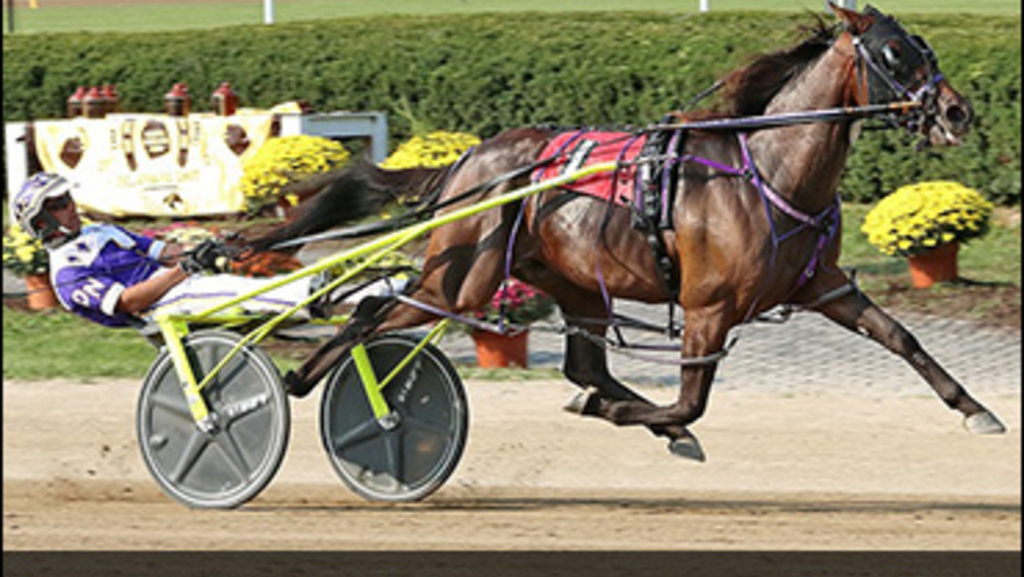 In recent years, sophomores Captaintreacherous, Jimmy Freight and Bettors Wish have all stepped up to face the top older pacers in major stakes events. This year, the connections of a talented three-year-old pacer are paying for the privilege to do so.

Saturday’s card also includes the $175,000 Dayton Distaff Derby, where defending U.S. Horse of the Year Shartin N is the 6-5 morning-line favourite in a field that includes 2020 Milton Stakes winner Kissin In The Sand and 2019 Breeders Crown champ Caviart Ally, and the $175,000 Dayton Trotting Derby, with 2020 Maple Leaf Trot winner Atlanta the 2-1 favourite.

Ocean Rock in his most recent start won an Ohio Breeders Championship at the Delaware County Fairgrounds in 1:49.2 to complete a sweep of the Ohio Triple Crown (OBC, Ohio Sire Stakes final and Ohio State Fair Stakes). The time equaled Wiggle It Jiggleit’s track record for a gelding and was just two-fifths of a second off the world record set by Wiggle It Jiggleit at Harrington. 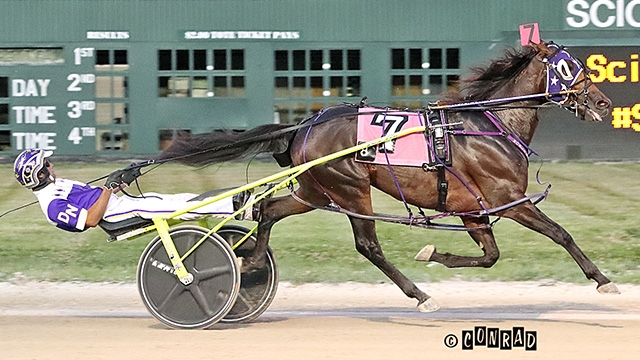 Only a quarter-length loss to Odds On Osiris from post eight in the Milstein Memorial at Northfield Park separates Ocean Rock from a five-race win streak heading to Dayton. That five-race stretch began with a track-record 1:48.4 victory at Scioto Downs, erasing a 20-year-old mark established by Gallo Blue Chip.

“His last four or five performances have been unbelievable,” Dan Noble said. “The night he went (1):48 was unbelievable. In the Milstein he really showed a lot of guts; he came up sick, but he performed very well.

“He loves his work, anything you throw at him, and he takes very good care of himself. He’s had a phenomenal year.”

Ocean Rock was not staked to any of this year’s remaining Grand Circuit races, so his connections supplemented him to the Dayton Pacing Derby. He will start from post six and is 8-1 on the morning line. Sam McKee Memorial winner Bettors Wish is the 5-2 favourite.

Bettors Wish faced older horses in last year’s TVG Series championship, where he finished second. Jimmy Freight finished third (behind Sintra and eventual Horse of the Year Mcwicked) in the 2018 Mohawk Gold Cup. In 2013, Captaintreacherous took on the older horses in the TVG and was sixth.

The most recent three-year-old male pacer to knock off older foes in a major race was Niatross, who won the American Pacing Classic at Hollywood Park in 1980.

“I think he fits good,” Noble said about Ocean Rock in the Dayton Pacing Derby. “We could have drawn a little closer to the inside, but the six hole is not too bad at this track.

“We didn’t really want to stop with him, but we didn’t have much left for him. We figured we would give the race a go, and it’s close to home. We probably should have had him staked to a lot more, but during the staking time he just felt like your average horse.”

Of course, that assessment has been revised.

Ocean Rock could be supplemented to other upcoming Grand Circuit races, including the Breeders Crown, but Noble said those decisions would be made after the Dayton Pacing Derby.

For his career, Ocean Rock has won 11 of 18 races and $519,737. Last year, he set the world record for a two-year-old gelding on a half-mile track, 1:51.1, at Northfield. He is a son of Rockin Amadeus out of Ocean Pearl, a Burnett homebred mare who was trained during her racing days by Dan’s father Chip.