Can Woodmere Stealdeal Make It 11? 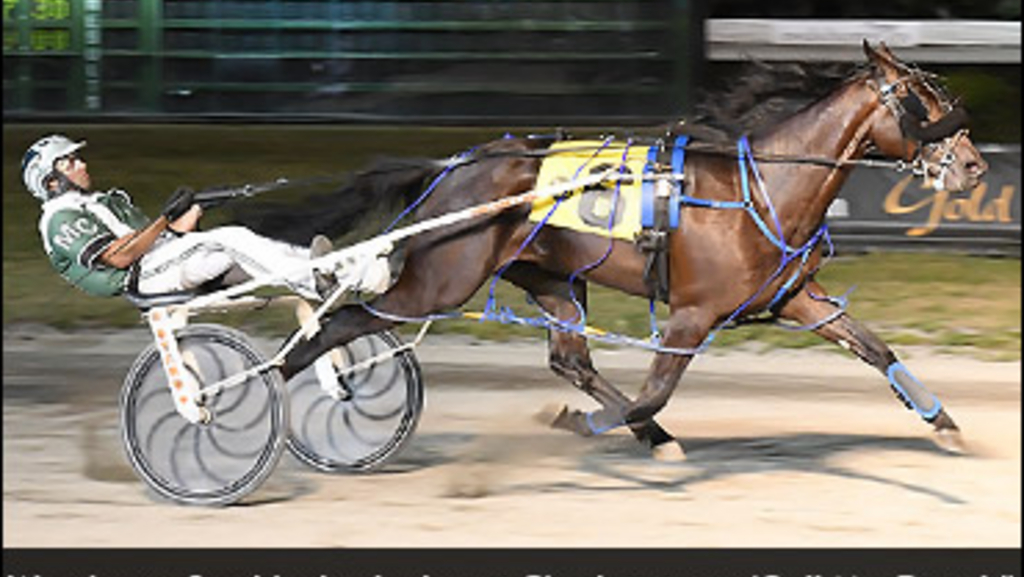 Woodmere Stealdeal has yet to taste defeat so far in his career but he will have to contend with the trailing post eight this week during Island Breeders Final action Saturday afternoon (Oct. 3) at Red Shores Racetrack and Casino at the Charlottetown Driving Park.

The capital oval switches to a 12:30 p.m. post time for Saturday afternoon cards starting this week and continuing for the rest of the season. This Saturday’s program has 15 dashes on tap with the $12,700 Island Breeders two-year-old pacing colt final, in memory of Wendell Wallace, carded as Race 13.

Woodmere Stealdeal rides a 10-race undefeated streak into the event for trainer Danny Romo and Nova Scotia owners Kevin Dorey and Robert Sumarah. The Steelhead Hanover colt will have Marc Campbell above the wheels again this week as the horse looks to keep his perfect record intact. Top contenders include Atlantic record holder Bettim Again (Kenny Arsenault) from Post 2 and Saltwater Savage (Mark Bradley) with Post 5.

Race 10 of the day is the Collins Wood Memorial Island Breeders final for two-year-old pacing fillies, carrying an $11,900 purse. Tobins Brownie has been exceptional as of late with a 1:56.2 victory last week in the Lady Slipper Stake. David Dowling returns to the seat of the Post 5 starter for trainer Jonah Moase and owners James Quinn, Carl Peterson and Amy Lakie. Her top morning line rivals are Western Wish (Brodie MacPhee) and Need To Know (Jason Hughes).

Race 5 has the Charles Oakes Memorial Island Breeders Final for three-year-old trotters with the top trio of Go With Her (MacPhee), Mabou Ridge (Clare MacDonald) and Tequila Tuesday (Myles Heffernan Sr.) resuming their rivalry in the $8,000 event.

Mr Finlay Ridge (MacDonald) is the top choice in the opening dash of the day slated as the $7,800 Island Breeders final Ralph Cole Memorial for two-year-old trotters. The Armbro Barrister rookie’s top challenges come from the Tad The Stud-sired duo of A Little Go Go (Campbell) and Dusty Lane Milo (Adam Merner).

The condensed stakes schedule did not allow for an Island Breeders Final for three-year-old pacers so they will compete in $10,000 divisions of Ruby Chappell Stakes for sophomore pacing fillies in Races 2, 4 and 7 as well as $9,800 Bob Dewar Memorial stake divisions for three-year-old colt pacers in Races 3, 6 and 9.

The PEI Matinee Racing Finals will also be featured on the afternoon card with participants going to the gate after Race 2 & 4. The horses, drivers and post positions are available here.

Tune in at Redshores.ca and wager online at HPIBet.com. To view the entries for the Saturday afternoon card, click the following link: Saturday Entries - Charlottetown Driving Park.