Buen Camino On The Right Track? 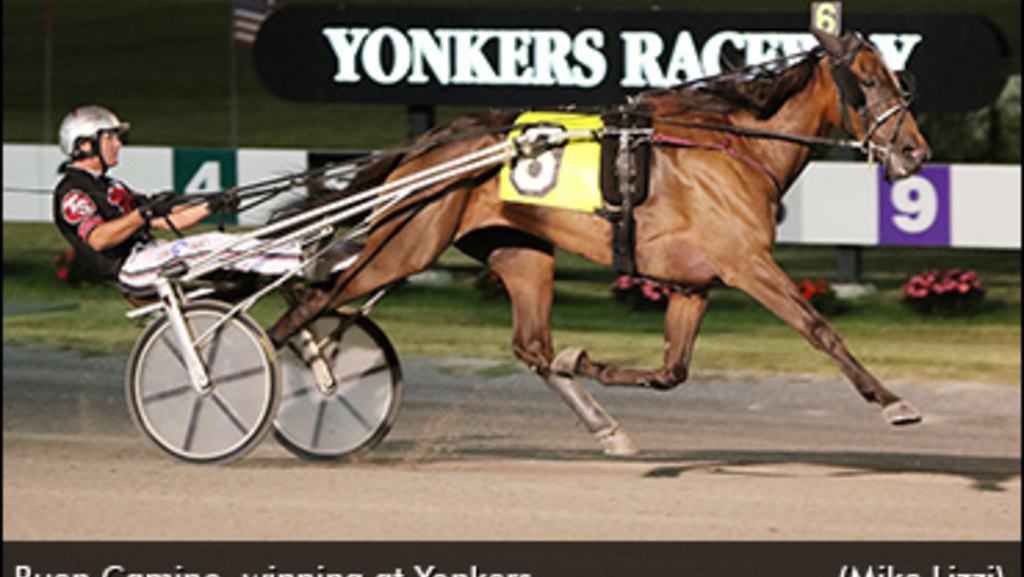 “I don’t know if he can go with them on a big track; a small track, that’s his advantage. Anything can happen on any race on a half. At least I have a horse that’s used to a half and is quick out of the gate and quick around the turns.”

Driver Trond Smedshammer and his horse Buen Camino will hope to finish Saturday’s $500,000 Yonkers Trot for three-year-old trotters the same way they start it -- No. 1.

Buen Camino drew post one for the Yonkers Trot and will try to use the advantageous starting position, from which horses win at a 20.3-percent rate at Yonkers, to upset powerful entries from the stables of trainers Jimmy Takter and Ron Burke. Buen Camino, who is trained by Smedshammer, is 6-1 on the morning line.

Takter’s entry of French Laundry, who drew post two, and Pinkman, from post seven, is the even-money favourite in the race. Burke’s entry of Yonkers Trot elimination winners Habitat, from post five, and Crazy Wow, post six, is 6-5.

The Yonkers Trot is the second leg of the Trotting Triple Crown. Pinkman, who finished second to Crazy Wow in his elimination, won the first jewel, the Hambletonian Stakes, on Aug. 8 at the Meadowlands. It is the first time the Hambletonian winner is competing in the Yonkers Trot since Glidemaster capped the sport’s most recent Trotting Triple Crown sweep by winning the event in 2006.

The final leg of this year’s Trotting Triple Crown is the Kentucky Futurity, Oct. 10 at The Red Mile in Lexington.

In addition to the Yonkers Trot, Yonkers on Saturday hosts the $500,000 Messenger Stakes, which is the second leg of the Pacing Triple Crown. Dealt A Winner, who won the first jewel, the Cane Pace, will start the Messenger from post five with Jason Bartlett driving for trainer Mark Silva.

Buen Camino finished third in his Yonkers Trot elimination, behind Crazy Wow and Pinkman. He also started from post No. 1 in the elimination.

“The draw couldn’t have been better,” said Smedshammer, who won the Trotting Triple Crown with Windsongs Legacy in 2004. “Obviously, a couple of thosehorses (in the Yonkers Trot) have a little more power. He’s going to have to get lucky with a trip, but he certainly can get a nice piece of it from the rail.

“He’ll have to be better than he was last week. I think he can be. I thought he was better in his last two starts than he was in the elimination. We’ll see if we can get him on his toes a little more for the final. But it would be a little bit of a shocker if he could pull it off.”

“It was a little bit of a rough time for him in midsummer, but he’s bouncing back now,” Smedshammer said.

Buen Camino, a son of stallion Cash Hall out of the mare Baby Bella, has posted three wins, two second-place finishes and a third in seven races this season. His only off-the-board finish came on a big track, at Vernon, and his two runner-up efforts -- to Habitat and Workout Wonder -- were by a head and a nose, respectively.

For his career, Buen Camino has won seven of 14 starts and finished among the top three a total of 12 times, earning $296,021 in the process. He was third in last year’s New York Sire Stakes championship for two-year-old male trotters at Yonkers, behind Crazy Wow and Wings Of Royalty. He has three lifetime victories on Yonkers’ half-mile oval.

Pinkman, who was the 2014 Dan Patch Award winner for best two-year-old male trotter, heads to the Yonkers Trot with 14 career wins in 19 starts. He has earned $1.776 million lifetime, thanks in part to victories this year in the Hambletonian, Beal Memorial, and Zweig Memorial.

Crazy Wow, who was not eligible to the Hambletonian, brings a three-race win streak to the Yonkers Trot final. His victories this year include the Colonial and Empire Breeders Classic. He has won 11 of 21 lifetime races and earned $795,465. Habitat, who won this year’s Dexter Cup and last year’s Wellwood Memorial and Matron Stakes, has captured 13 of 26 career starts and earned $887,490.

Following is the field in post order for the Yonkers Trot with drivers, trainers, and morning line: