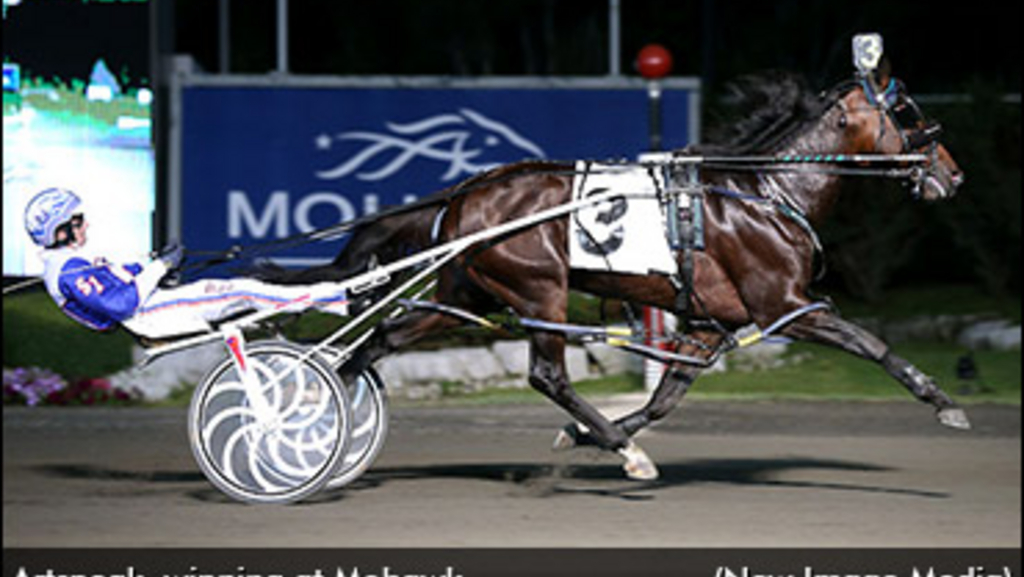 On the eve of this year’s Metro Pace, the 2014 champion returned to Mohawk Racetrack for a tune-up in qualifying action.

Artspeak, last year’s two-year-old champion, and driver Scott Zeron took to the track for the morning’s fourth qualifier and turned in a sizzling mile of 1:50.1.

The Tony Alagna trainee went directly to the front for Zeron and posted opening fractions of :28 and :56.4. The son of Western Ideal paced a third quarter in :27, before firing home impressively in :26.2 for a :53.2 back-half and a 23 and a quarter-length victory.

Friday’s qualifier was Artspeak’s first charted line since a fourth-place finish in the Battle of Brandywine on August 22 at Pocono.

Owned by Brittany Farms, Marvin Katz, Joe Sbrocco and In The Gym Partners, Artspeak has three victories from 11 starts this season for earnings of over $409,000.

Purchased for $100,000 at the 2013 Lexington Selected Yearling Sale, Artspeak currently has 11 career victories, a bankroll exceeding $1.2 million and a mark of 1:48.4 taken at the Meadowlands Racetrack. The three-year-old pacing colt has only missed the top-five once in 21 career starts.

Artspeak is expected to compete in next Saturday’s (September 12) Simcoe Stakes.

Also on Friday morning, Flanagan Memory, the Cashman Memorial winner, won a qualifier in 1:55.3. The five-year-old son of Kadabra was making his first appearance since making a break in the Crawford Farms Trot on August 21 at Vernon Downs.

The Rene Dion trainee got away third and moved into second heading to the half. Flanagan Memory came to the outside at the three-quarters pole, took the lead at the top of the stretch and trotted home in :27.1 for a 10 and a quarter-length victory.

Chris Christoforou, who has been out of action for several weeks with a broken collarbone, drove Flanagan Memory Friday morning. The veteran driver competed in his first qualifier since his injury on Tuesday.

Christoforou tweeted following Friday’s qualifier that he is at 80 to 85 per cent strength with no pain and hopes to return in a week to 10 days.

Flanagan Memory is expected to be among the entrants for next Saturday’s Maple Leaf Trot eliminations.

The full list of Friday’s qualifying winners appears below.