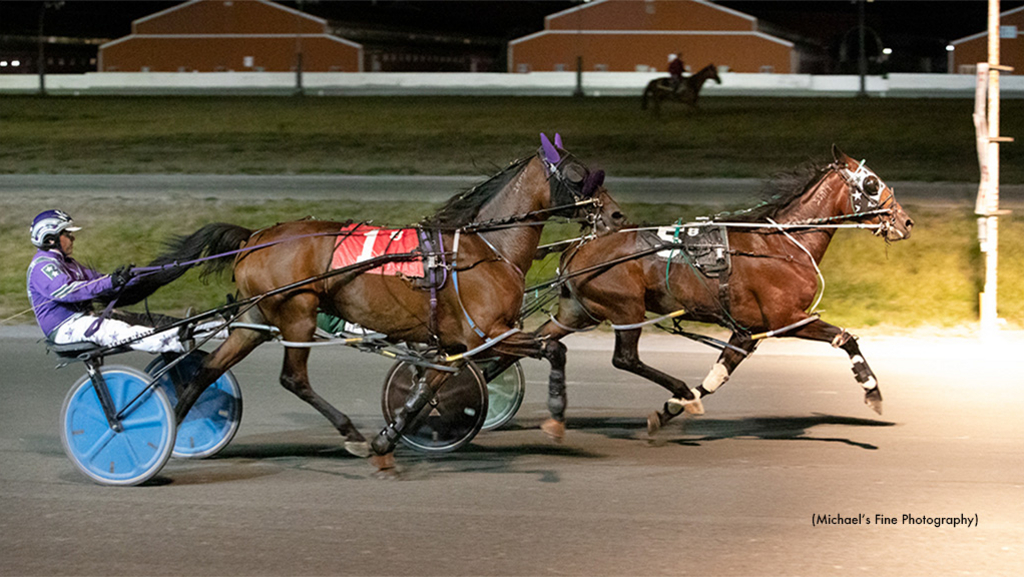 At the release of the starting gate, Century Mach (Kelly Hoerdt) settled into fourth position behind Glimpseofgoodness (John Abbott), Rollin Withholly A (Richard Lancaster), and Danzig To Dharma (Rod Therres). The first quarter was clocked in :26.3 with no change in the single file field through to the :56 half. In High Cotton (Scott Knight) gave Century Mach and Hoerdt the nudge to pull off the rail. Simultaneously, Rollin Withholly A came off the rail, but Century Mach continue three-wide around and to the front. The three-quarter pole was met in 1:24.2 with Century Mach holding the lead. Hoerdt urged the mare forward to win by a half-a-length over Mystic Shadow (Bradley Watt). In High Cotton rounded out the triactor.