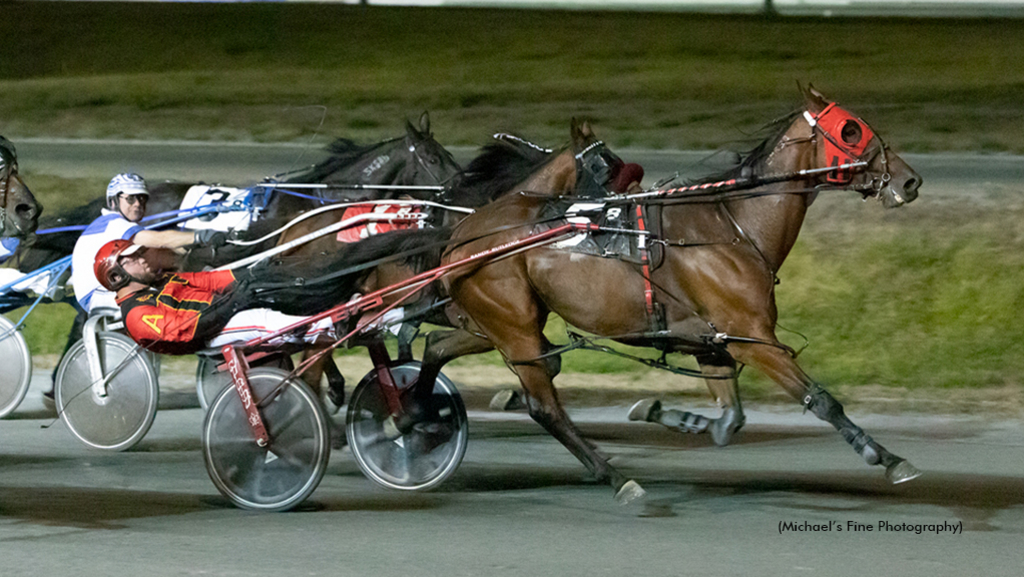 The eight-year-old Mach Three gelding Mach Steady took the lead and clung to the finish to win the $10,000 Open Handicap Pace at Fraser Downs on Wednesday night (Sept. 21).

Driver John Abbott secured the top to a :26.4 first quarter and shut down proceedings to a :57 half, prompting odds-on favourite Jewels Dragon to pull first over. Abbott then hit the accelerator up the backside to click three-quarters in 1:24.4 and turn away Jewels Dragon to the final turn. But Mach Steady shortened in stride coming for home as Bad Moon Horizon gained ground to the inside and Armycaptin Hanover lunged off cover, though Abbott kept the Randy Rutledge pupil to task and held firm by three-quarter lengths at the beam in 1:53.3. Bad Moon Horizon took second from a fast-closing Armycaptin Hanover.

Rod Therres scored a training triple on the nine-race card. He won in the opener with Bay Street Buddy ($2.70 to win) and returned two races later to win back-to-back events with Dillon James ($2.70) and then with Five Star General ($15.20).